The 30 year old actress talks about cinema, fashion, politics, and her tremendous admiration for Nadine Labaki.

There is something quite impressive that emanates from Zeina Makki; a quiet strength that surges through the phone as she answers our questions. This feisty-yet-petite thirty year old who alternates between film and television can ease into the character of a well-liked endearingly innocent role as easily as she does into that of a politically-engaged and socially committed persona. Zeina Makki is definitely full of surprises…

Of all the characters she’s embodied, the one she misses the most is Layal from Habbit Loulou. “She brought me luck, that’s how I started out. And the atmosphere on the set was brilliant.”

If you had to describe her in 3 words? “Naive, oppressed and beautiful.”

Are you alike? “I’m, neither naive nor oppressed… Beautiful? If you say so,” she says laughing out loud.

What about Nour-the main character in her last film directed by Elie Semaan, and her first lead role? “Nour is bold, smart and a risk-taker. I loved playing that part.” As it turns out, Zeina Makki only choses her roles after having read the screenplay. “If I feel that I’m not getting anything out of a part or if it’s just more or less of the same, then it’s a no. My intuition has always served me well.” 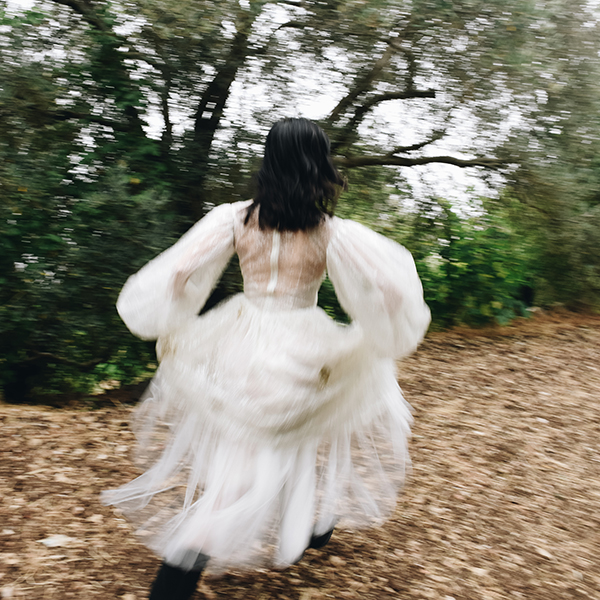 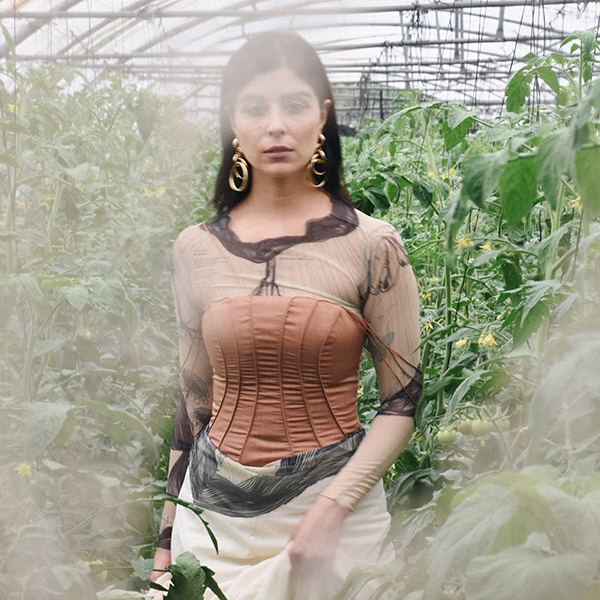 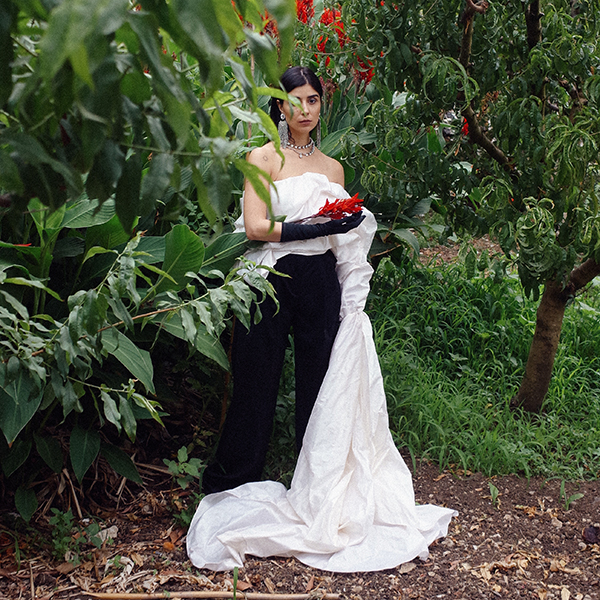 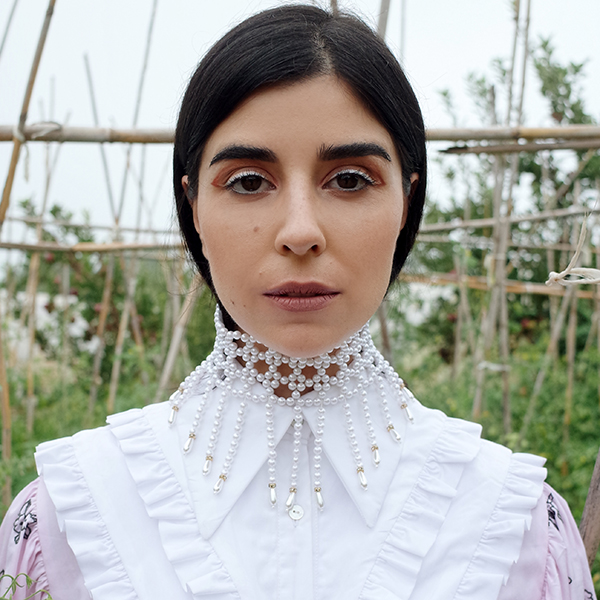 It’s that same intuition she relies on when making sartorial choices though she insists she doesn’t follow fashion trends. “You can analyze people and sense their personality by studying their choice of clothes,” she declares, then turns around and gushes about the young fashion designers she has chosen for this shoot; Sandra Mansour, Yassmin Saleh, Karoline Lang, Jessica K. and Salim Azzam. “I like everything they make; they stand out from the crowd,” she explains moving on to admit that blue and green are her favorite colors.

This multi-faceted young Lebanese artist, born and raised in Kuwait, has a side unbeknownst to the general public, she’s very active politically and civically. Her first short film Waynon, produced right out of college, tells the story of six women of all ages who are at their wits’ end seeking to find out what happened to their sons, brothers or husbands – who went missing during the Lebanese civil war. These women take it upon themselves to make sure their voices are heard at Parliament.

She’s also partnered with Nana Arabia, a leading global hygiene and health brand that develops, produces and sells personal care for women, to tell her own Wombstories, sharing personal narratives on menstrual pain with her audience and their impact on women’s everyday life. 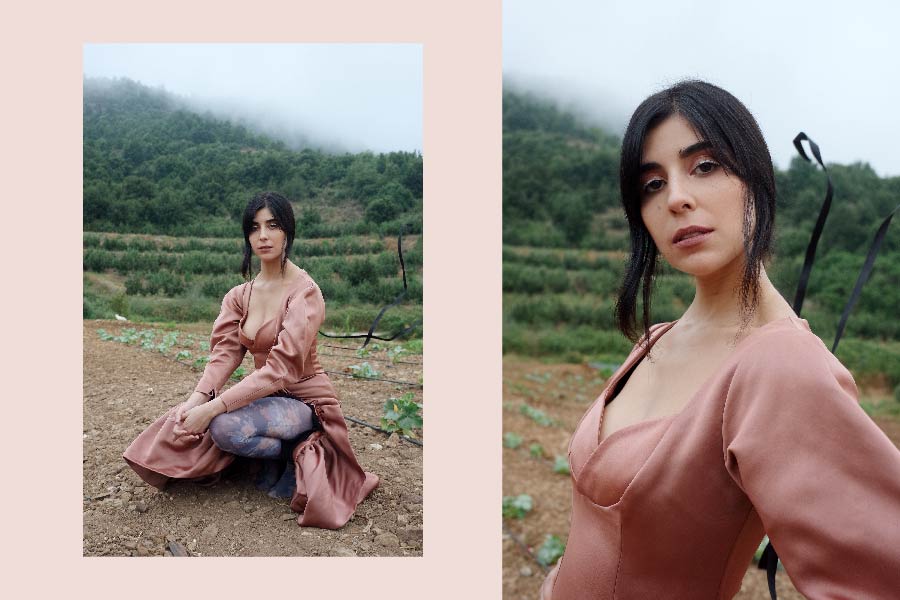 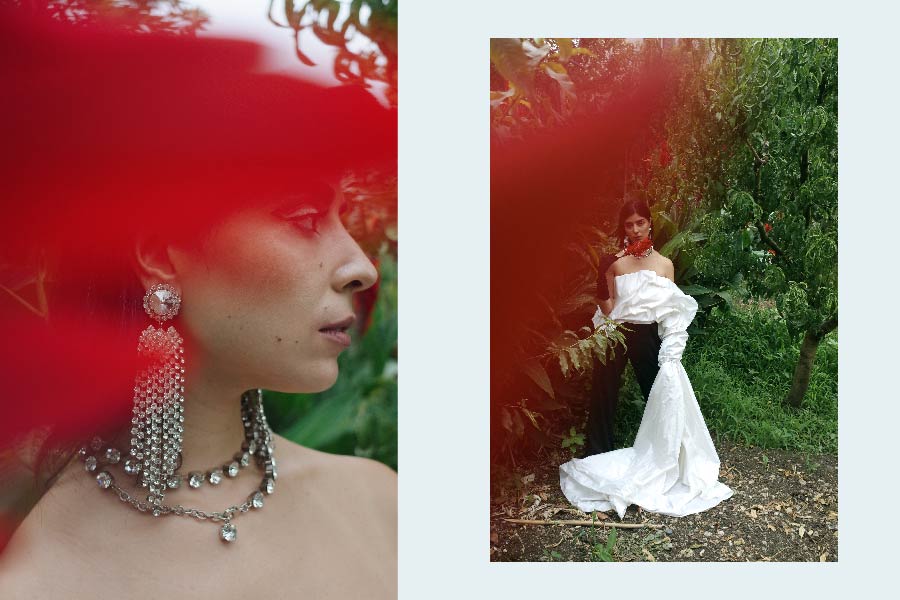 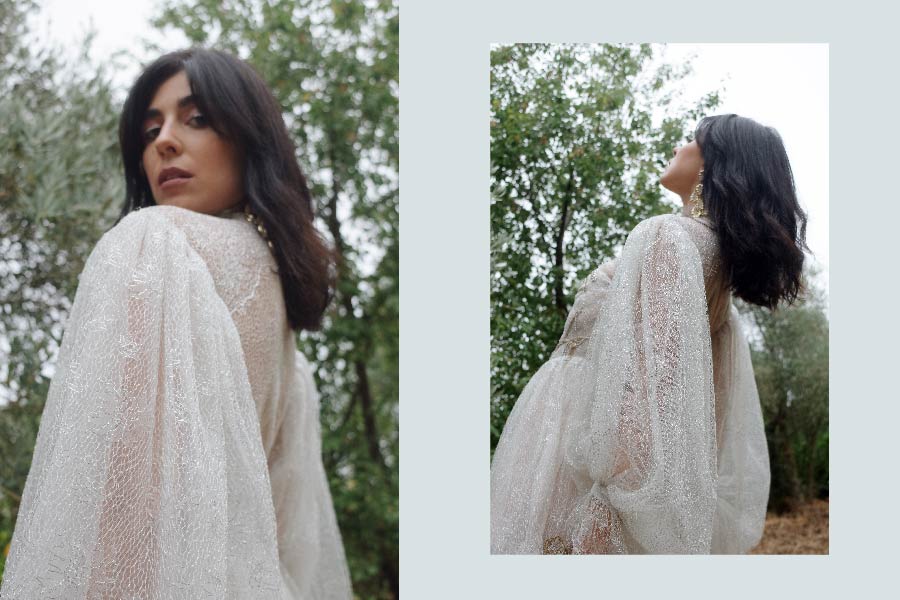 Would she consider getting involved in Lebanese politics to change mindsets and “break stereotypes” as she herself puts it? “Yes, I would. But not at the moment. It’s all a question of timing. I have so many ideas to trigger change, to initiate reforms. People listen to those who tell the truth, who speak from the heart, but – again – it’s not the right time for me,” she replies acknowledging without hesitation her tremendous admiration for Nadine Labaki. “Her work fascinates me; she’s my inspiration and the main reason why I wanted to study filmmaking. I would love to work with her,” she reiterates.

Last but not least, Zeina Makki is all for being “Young, Arab and Proud.”

“The way I see it, it’s all reflected in my way of life. I’m independent and manage everything on my own. I’m staying here in the Arab world and not giving up hope.”

One day, I might consider working elsewhere but first I want to have accomplished something!” she exclaims as she chooses, “She’s Here” when asked about her choice of title for her biopic on Netflix.

And that’s all you need to know about Zeina Makki, summed up.