Lebanese designer Krikor Jabotian jump-started his career within the creative department at Elie Saab following his graduation from the École Supérieure des Arts et Techniques de la Mode (ESMOD) in Beirut, an enriching experience that paved his path into the industry.

Soon after, Krikor developed independent designs and was selected by Starch Foundation, a non-profit organization founded by Rabih Kayrouz and Solidere, to showcase his creations. His first collection marked the beginning of Atelier Krikor Jabotian.

At the age of 23, Krikor set up his first studio and designed his very first collection. The company quickly evolved into a thriving, family-run business with support from his father, mother and sister. Atelier Krikor Jabotian takes pride in its refined craftsmanship and use of opulent fabrics to create a timeless message of heritage, style, tradition and innovation. 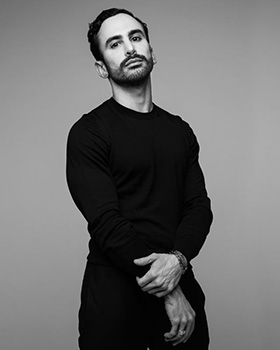 In February 2009, three Indian-Lebanese sisters (Maya, Meena, and Zeenat Mukhi) decided to take their passion for fine jewelry to the next level. And so Mukhi Sisters was born out of the vibrant influences of different cultures and rich traditions. The three sisters grew up surrounded by design and jewelry-making. Their childhood was full of private shows, trade exhibitions, witnessing artisans at work and exciting discussions about the art and science of jewelry. It was only natural since their father, Chandru Mukhi, comes from a long line of Indian jewelers who have been in the business since 1875 and their mother, Effat Kreidie, has been the woman behind Effys Jewelry since 1982. This intergenerational background makes Mukhi Sisters an independent brand that tells an exceptional story of its own.

Mukhi Sisters transforms stories and personal moments into finely crafted jewelry with real individuality. Perfect jewelry for day and night, the creations reflect each sister’s personal style, interests and obsessions. At Mukhi Sisters, the subtle meets the bold, the vibrant clashes with the sober, the nostalgic meets trendsetting style, the ethnic merges with the urban, and nature blossoms next to fanciful symmetry. It’s a cascade of sensations that celebrates the beauty of semi-precious stones, gold and diamonds to create original statements and to reflect a lifestyle sparkling with individuality. It’s ultimately an invitation to remain true to yourself. 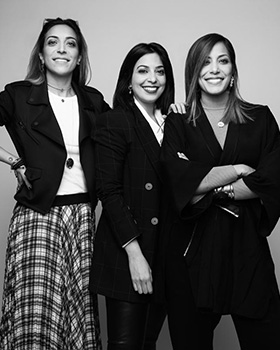 In February 2009, three Indian-Lebanese sisters (Maya, Meena, and Zeenat Mukhi) decided to take their passion for fine jewelry to…

Roni Helou was born in Lebanon in 1992. He attended Creative Space Beirut, a progressive fashion design institution offering free education. Upon graduating, he took part in Starch Foundation for two seasons, and through Starch his collections were presented at Fashion Forward Dubai.

Roni was awarded the Boghossian Foundation Fashion Prize for 2017, which offers a residency at Villa Empain in Brussels. Pieces from Roni's previous collections were displayed at Les Nouveux Créateurs in Paris as part of Exposition Mode Emergente du Monde Arabe, co-curated by Institut du Monde Arabe and Fashion Forward Dubai.

The brand Roni Helou has been featured in prominent regional media outlets such as Vogue Arabia, Harper’s Bazaar Arabia and UAE's The National. His designs are sold at various boutiques in the region. 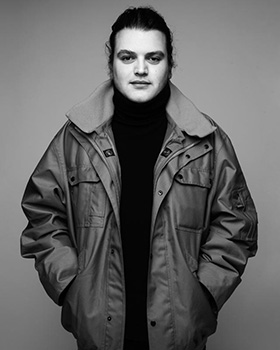 Sabry Marouf is a creative partnership working in luxury artifacts that pay tribute to the designers’ cultural heritage. Ahmed Sabry’s creative and historic narrative joins Daki Marouf’s training as an architect and design-thinker for a partnership of true alchemy. The designers spent two years working with metalworkers, smiths and leather-workshops in Cairo’s historic crafts district of Khan el Khalili before launching their collections of jewelry and bags. They both graduated from London College of Fashion with Master's degrees in Fashion Artifact and Fashion Entrepreneurship and Innovation, respectively.

Creating timeless objet d’art pieces that combine artisanal tradition with the latest technology in manufacturing, the designers transpose ancient Egypt as a new design language – an expression that is entirely modern. A question Sabry Marouf ask themselves is: where will our pieces be in 100 years' time? The notion of timeless, cherished objects distinguishes their philosophy. Like treasures from a royal tomb, Sabry Marouf pieces have a feeling of being discovered. Beguiling and coded, these modern-day artifacts are talismans in their wearer’s story.

Sabry Marouf was endorsed by Vogue Talents in 2016 as an emerging designer. The designers have also represented Egypt at the International Fashion Showcase 2017 at Somerset House.  Supporters include the British Fashion Council’s Anna Orsini, Italian Vogue’s Sara Maino and actor, model and philanthropist Elisa Sednaoui. 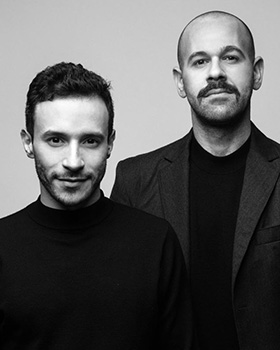 Sabry Marouf is a creative partnership working in luxury artifacts that pay tribute to the designers’ cultural heritage. Ahmed Sabry’s…

Salim Azzam is a Lebanese visual storyteller and illustrator with a Master’s degree in visual communication design from the University of Alberta in Canada. His socially conscious brand is inspired by local traditions and cultural heritage. His bespoke designs are handcrafted and embroidered by women from Lebanon's mountain villages, infusing traditional know-how into his clothing. 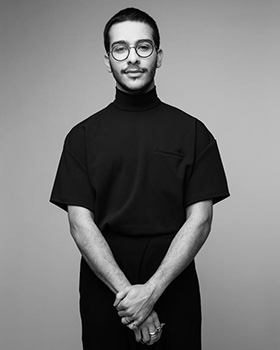 Zyne means beauty in Arabic and that’s just what Zineb Britel and Laura Pujol are bringing to the world with their unique interpretation of a timeless Moroccan tradition. Zineb is a Moroccan designer based in Casablanca. Her mission is to bring the ancestral footwear know as the "babouche" (mule) and its traditional craftsmanship into the 21st century. Born in the 1990s, her style is anchored in the laid-back, multicultural vibe made popular by her generation.

After studying fashion design at ESMOD in Paris and gaining experience by working at prestigious French fashion houses Christian Dior and Sonia Rykiel, Zineb discovered her passion for shoe design. She furthered her expertise in this discipline at Central Saint Martins in London and Moda Pelle in Italy. It was during those years that she was inspired to explore her own country’s footwear and to develop a fresh new take on the traditional babouche.

Laura is Zineb’s best friend and business partner. She graduated from INSEEC, one of France’s top advertising schools. She then went on to specialize in luxury goods marketing at L’Ecole Internationale de Marketing de Luxe in Paris. Laura has a passion for bringing the painstaking craft of making luxury goods to life and honoring those who dedicate their lives to the trades that make it possible. Laura’s mission is spreading the Zyne passion and message across the world while making new friends for the brand along the way.

Zyne products combine the traditional craftsmanship of Morocco with the quality production of Paris. The footwear collections are 100% handmade by in Morocco by women, in local collaboratives that simultaneously keep the art of babouche-making alive. Already loved by Chiara Ferragni, Leandra Medine and Eva Chen, the shoes regularly sell out on Net-A-Porter. 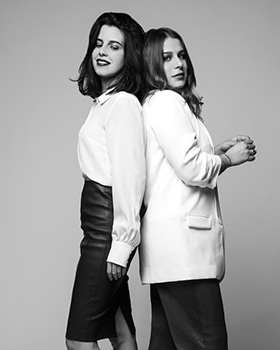