When Sex And The City Comes to the MENA

Move over New York, 3 Arab designers envision what Sarah Jessica Parker would wear on the hit show in Morocco, Qatar and Egypt.

Sex and the City is finally returning to our screens, a mere seventeen years after the last season finale aired. The much-anticipated 10-episode reboot, titled And Just Like That…, has sent the show’s aficionados into a frenzy, ever since the big announcement earlier this year.

But let’s get straight to the point. We all care about the storylines this hit show tells while following the character’s daily lives; and, though we may or may not agree on some of the relationship choices they make, one thing is certain, we’re all in it to quench our never-ending thirst for the iconic fashion moments the show serves up. The new re-boot is no different, judging by the photos and other promos that have hit the Internet.

Nevertheless, we wanted to stage our very own SATC Arabia revival. Not on the streets of New York, but rather our own version, one that brought together pieces from  some of the most charming corners of the MENA region. We wanted to reimagine what Sarah Jessica Parker would wear had Sex and The City been shot in the mystical alleyways of Morocco, by the magnificent skyline of Qatar or even the beautiful topography of Egypt.

We sought out three prominent designers behind fashion houses we love from each of these three countries. We asked them to choose pieces from their collections that they love to see SJP in and their favorite spots in their cities that they could envision her enjoying her glamorous adventures.

Our first stop in North Africa was with Artsi Ifrah, the founder and designer behind Moroccan label Maison ARTC. The Marrakech-based designer’s eclectic aesthetic and uniquely vintage pieces are celebrated for their artisanal touch and are often compared to pieces of art. The drama he brings to each piece was perfect for SJP, who’s no stranger to fashion theatrics. 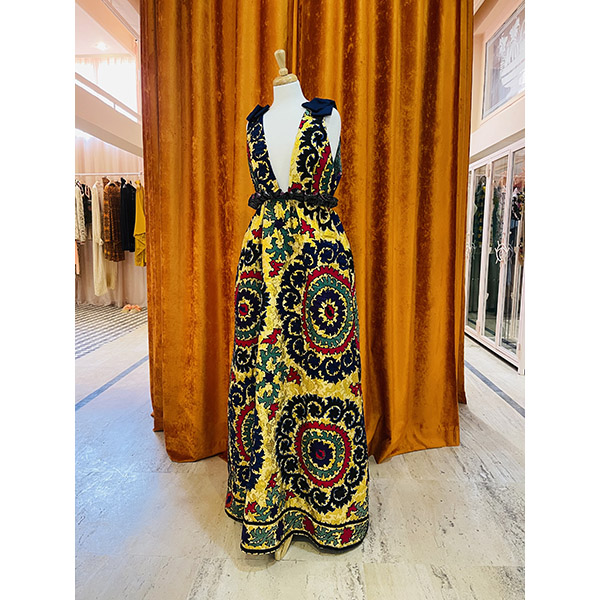 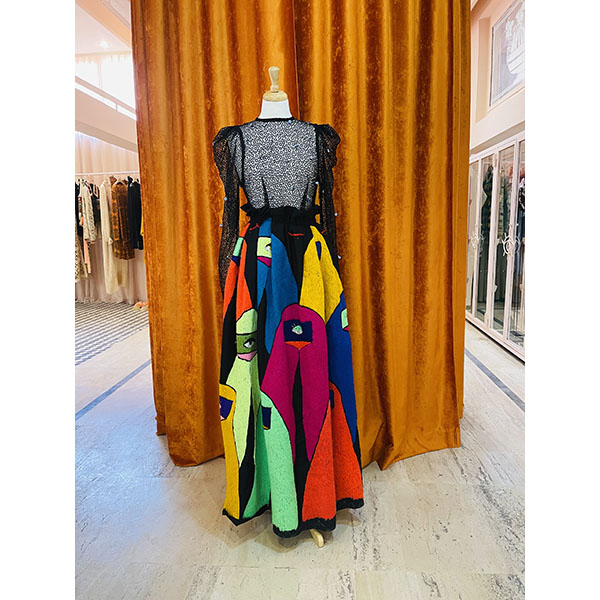 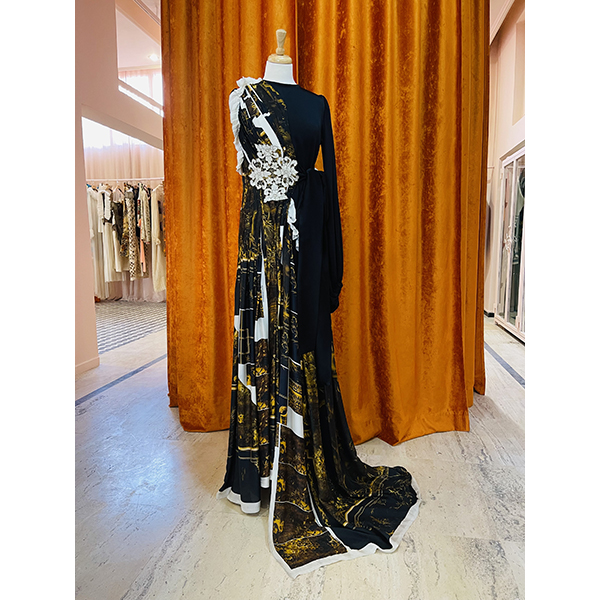 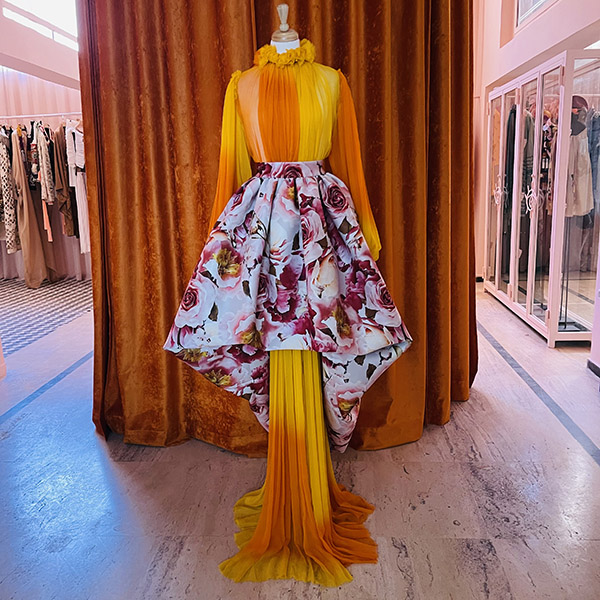 “I choose the look that I feel that transcends the boundaries of city and also shows the culture and the beautiful creativity beyond the city, as SJP represents individual style and makes us dream,” he says of his choices of volume, varied proportions and gorgeous prints he chose from his collections.

As for the location, he says, “I imagined it in Marrakech at the royal Mansur Hotel as it would be a beautiful setting for the culture and the glamour of Morocco and its heritage.”

Yasmin Mansour was an obvious choice for Qatar as the founder and designer of her eponymous house, one of the first luxury womenswear labels based in Doha. Her designs are inspired by Arab culture and traditional women’s clothing, while still appealing to women who value one-of-a-kind couture pieces.

To find the perfect SJP outfit, Mansour referred back to her archives and her past designs. “I found the SS15 cape to be the perfect look. While carrying the image of the traditional clothing piece “the bisht”, it has a sense of modernism with the triangular pattern on the shoulders. The creation of these patterns was initially inspired by Oscar Niemeyer’s work on the French Communist Party’s headquarters,” explains the designer.

And as to where she would like to see SJP wearing this magnificent cape, “The pattern added on the walls building up to the top of the dome is truly mesmerizing. It catches everyone’s eyes, some try to understand it, while others are lost in its beauty. Such a pattern is also shown in Jean Nouvel’s work at the National Museum of Qatar. Designed to look like a desert rose, it is assembled in what looks like triangular pieces. I found that to truly compliment the pattern on my SS15 cape.”

Now, how does she imagine these look working for SJP? “I believe it adds an Arabian twist to SJP’s iconic blazer looks in the original show,” she said.

Our final stop was with Shahira Lasheen, the designer and founder of Egyptian fashion house Shahira Lasheen. Sumptuous fabrics, ethereal color palettes and unique embroidery are all part of her majestic designs, influenced by timeless tales and classic novels full of rich stories and inspirational characters. The brand’s intricate, hand-embellished couture narrates stories that celebrate women’s femininity and gracefulness, with head-turning gowns. 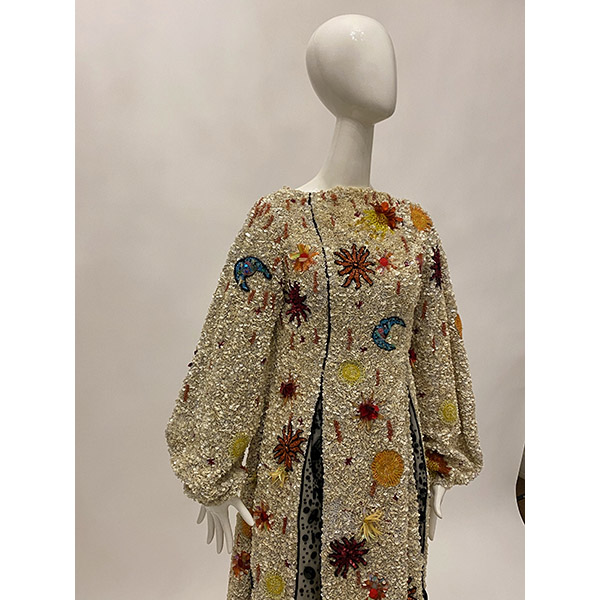 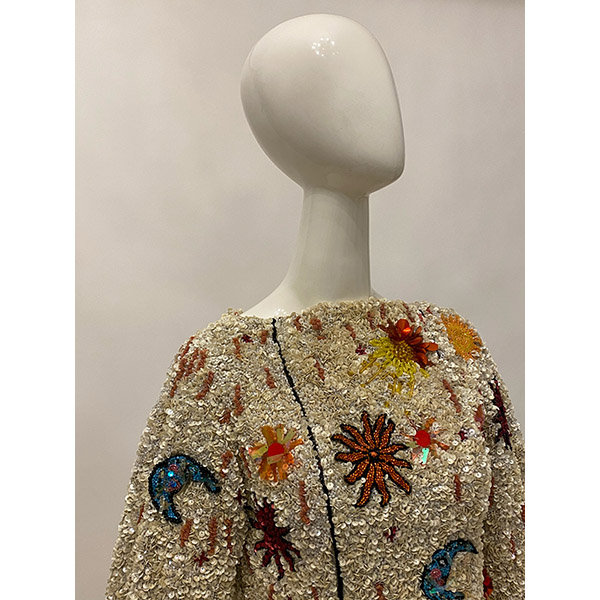 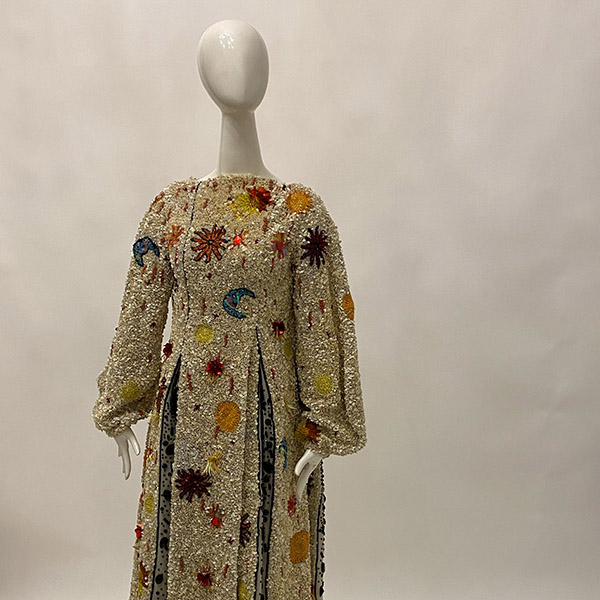 The designer chose the Enchanting Duality gown from her Dieu De La Vie collection. “The dress represents Shahira Lasheen and its roots, like our ancestors we believe in the power of the Sun, so we used it in symbols on the design, expressing our conviction that women are not a commodity, and that their beauty will highlight the dress, not only their charm. Through all of that, we feel that Sarah Jessica Parker will possess the power to deliver the message because her personality is strong like the Sun,” she explains.

“We would love to see SJP in this very dress and among the lush trees of Garden City in Cairo,” Lasheen said.

About the Author: Dana Nassour Khairallah

Dana Nassour Khairallah has worked with many renowned brands and celebrities in the industry, paving the way for her current role as a global social media strategist and digital content creator. Some of the integrated campaigns she’s worked on with Leo Burnett have gone on to win the Canned Gold, John Caples NY in Gold and MENA Cristal Grand Prix. She’s also the writer behind one of the first lifestyle blogs in Lebanon, Ivy Says, founded in 2009, and was the host of her own hit radio show on NRJ “The Ivy Says Show.”