When fashion publications want to, they can !

Dissecting the new Vogue Germany cover: what role do fashion publications play in showcasing the weighty religious symbolism of the hijab?

With a radiant smile and a hijab to match a floral-spattered black puffer jacket, Somali-American model Ugbad Abdi adorns the cover of the November 2021 issue of Vogue Germany. Her makeup is minimal, save for a deep burgundy lip, and the mood is celebratory – even euphoric, which is ironic given Europe’s tumultuous relationship with hijabs. Earlier this year, the European Union’s highest court declared that businesses could ban their employees from wearing hijabs, the French Senate voted in favour of passing a bill to ban hijabs on women under the age of 18, and the German Senate approved a law forbidding public employees from wearing “religious symbols” at work.

While many strands of “white feminism” strive to “liberate” Muslim women from their headscarves, the global modest fashion movement that has arisen over the past five years has given a new take on hijabs, proving to Westerners that faith and fashion can, in fact, converge beautifully. Faces like Halima Aden, Mariah Idrissi and Ikram Abdi Omar have helped usher in a new wave of inclusivity in the industry, where hijabi models are not only accommodated, but applauded.

While Vogue Germany’s cover offers a breath of fresh air amid an Islamophobic political environment, it’s more than just an icon of inclusivity – it sets the bar high for how to depict a hijabi with respect and cultural sensitivity. With hijabs becoming increasingly mainstream, there’s the question of the symbolism behind the hijab being watered down in a fast-paced fashion industry that constantly pushes the boundaries of creativity.

For some, the dignity and sanctity of the hijab are at stake. “I like the fact that it’s a hijab without compromise – it really is worn the proper way,” says Dubai-based French-Moroccan hijabi fashion influencer Hanan Houachmi of Vogue Germany’s new cover. “It’s fashionable because that little knot under the chin is elegant and elevates the puffer jacket. It’s fully hijabi-friendly.”

Houachmi emphasises that other brands have made many faux pas when working with the hijab in attempts to jump on the “modest fashion” bandwagon. “It’s crucial for mainstream fashion publications to understand the difference between modesty and the hijab – one is religious, the other is not,” says Houachmi. “You can be modest for many different reasons, but the hijab is worn from a religious approach, and that makes it sacred to the Muslim community.” 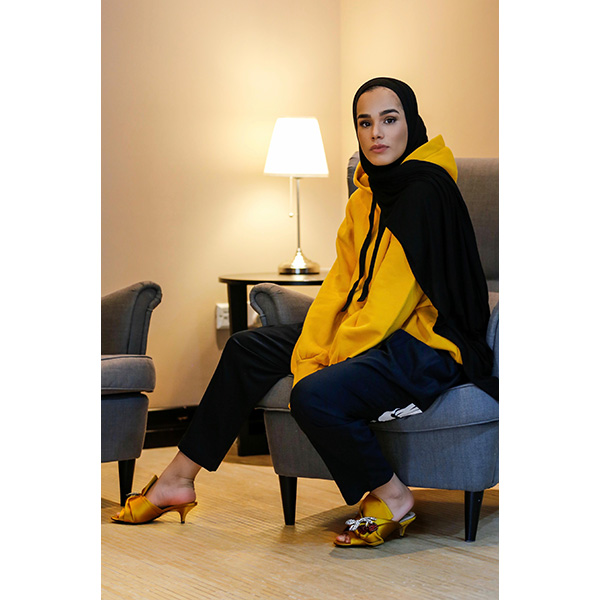 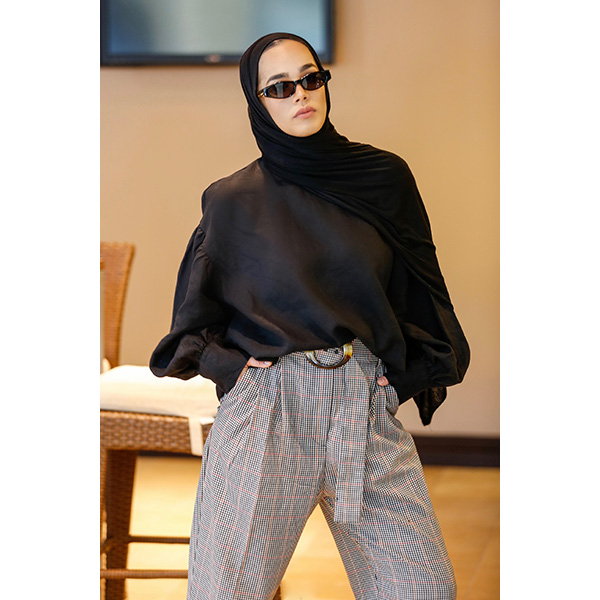 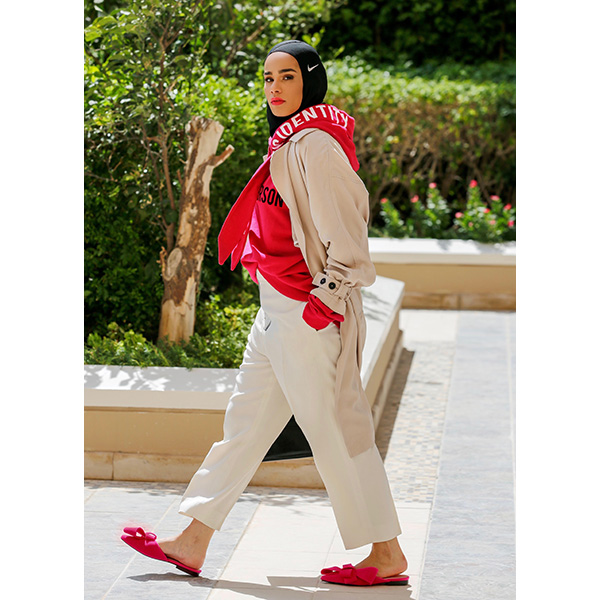 According to Houachmi, fashion magazine covers play a critical role in sending mainstream messages about Muslim women. While they can help normalise hijabs and counteract Islamophobic sentiments about hijabi women being oppressed and unstylish, overly artsy, avant-garde images can purge the hijab of the very modesty it strives to protect.

If fashion publications want to show that they are inclusive by using hijabi models, they should abide by the traditional guidelines around wearing the hijab, believes Houachmi. “It has to happen with everything that comes with the hijab and all the restrictions that go with it,” she says. “You shouldn’t translate the hijab into what you fantasise it to become – the whole challenge to make the hijab ‘sexy’ is completely against its fundamental mission.”

“As hijabi women we now have our share of voice and of market, we’re strong enough and relevant enough to be able to say, ‘this is not acceptable’, ‘these are our rules’ or ‘you have to comply with our authenticity’ rather than trying to fit into the industry’s mould,” she says.

After all, last year veteran hijabi model Halima Aden announced that she was effectively “quitting” the mainstream fashion industry, due to the lack of respect it had for her hijab. In a series of Instagram Stories, she cited examples of shoots and campaigns where her headscarves were styled in ways that lost the essence of the hijab, and also stated that the industry needed more Muslim stylists. Since then, she has become the global ambassador for Turkish modest e-commerce platform Modanisa, seeking to partner with a retailer that understands the nuances of Muslim modesty.

“What she wants to wear…”

In 2019, American label Banana Republic also came under fire, when it released a line of hijabs but showcased them on a model with short sleeves. Traditional guidelines usually require the arms to be fully covered – however the hijabi model who wore the scarves, Fatuma Yusuf, hailed from a culture where wearing a hijab with short sleeves is acceptable, and was reportedly comfortable with the styling.

There are infinite interpretations of what represents modesty, and there are also, evidently, different approaches to defining a hijab. For some, turbans, short sleeves, midi dresses and layered crop tops and corsets fall outside the boundaries of what is acceptable, though there are numerous modest fashion bloggers on Instagram who experiment with these styles.

During a recent Miilkiina virtual panel on the policing of Muslim women’s bodies, popular Muslim influencer Maria Alia Al-Sadek stated, “every woman should just wear what she wants to wear”. Muslim women should certainly be free from fashion policing from both inside –and outside– their communities. The question is, do fashion publications have a responsibility to tread with sensitivity when portraying hijabs in their shoots, following traditional guidelines associated with the headscarf,or should they be allowed to experiment with ultra-modern, non-conventional and entirely new styles?

Suffice it to say, the Vogue Germany cover ticks all the right boxes.