When Fashion Makes You Eat And Drink in Style

Fashion often dips its toes into the world of food and drink.

Fashion and food definitely don’t go together. But we have to believe that the sin of gluttony is sometimes stronger than our obsession with being fit. Despite the inherent contradictions between the two, fashion often dips its toes into the world of food and drink.

I have moved twice since 2012, and I have always kept an aluminum bottle of Coca-Cola Light with me over the years, no doubt snapped up in an Air France lobby, white with a drawing of a model in a pink and mauve sheath dress, bare shoulders, ball gown and large hat, kneeling in spite of her high heels, a heart in one hand and the other drawing a happy gesture in the air. I also just noticed that she is surrounded by stylized birds. The Coca-Cola logo is replete with flowers. On one side, between the birds, it reads “I <3 90’s”. It expired on August 31, 2013, but its presence in a corner of my library still pleases me. It can still be found on e-Bay for around ten Euros.

It dates back to when I met Robert Duffy, Marc Jacobs’ partner, who was in Beirut on a tour of the Middle East to talk about the brand’s philosophy. He demonstrated to me how important it is for the Marc Jacobs brand to rely on models who convey the image of a woman who does nothing with her life apart from taking care of her beauty and showing off her purchases. “Women work too much, all of a sudden,” he told me, “this lightness, this right to waste time on expensive and insignificant things makes them dream.” Maybe that’s what’s on my bottle of Coke: a blissful smile that will last as long as aluminum lasts. 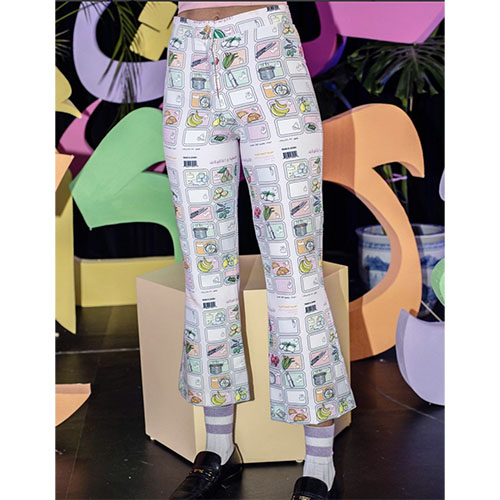 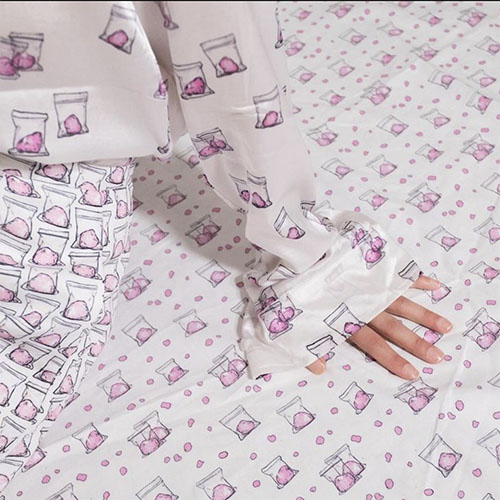 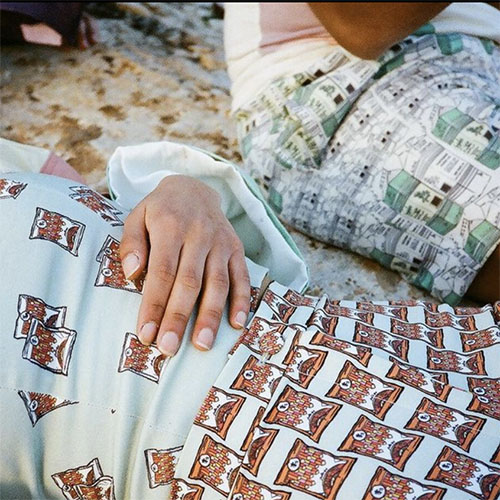 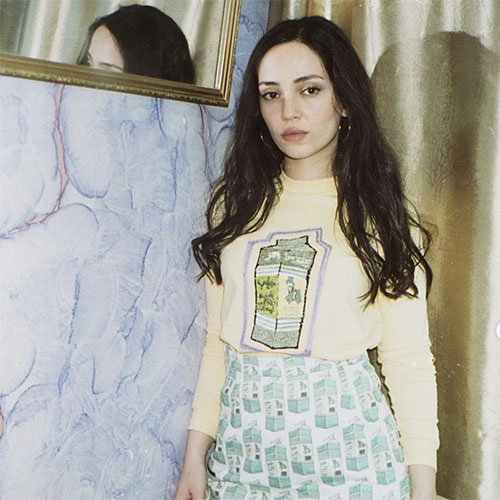 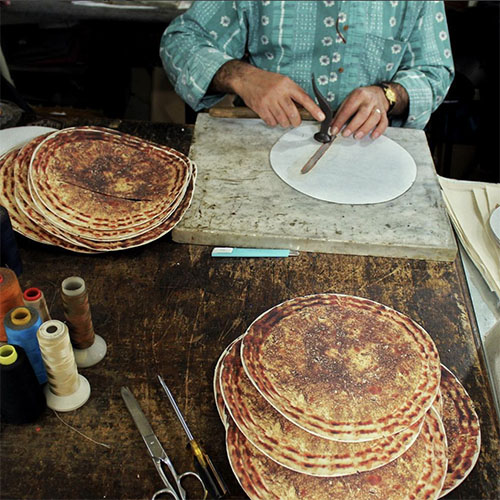 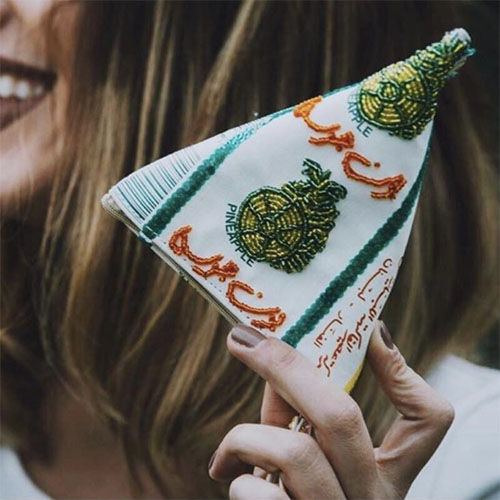 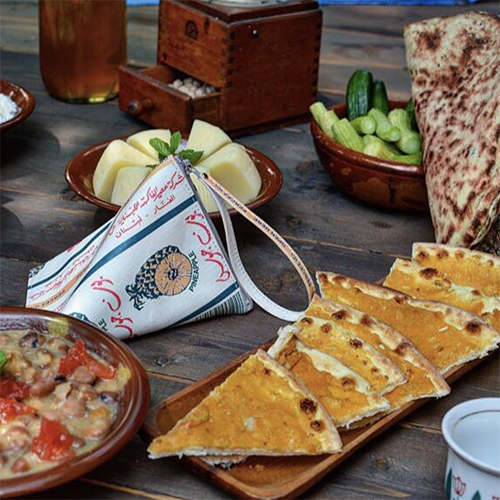 IF THE BOTTLE WERE A WOMAN

While looking on e-Bay, I saw that Karl Lagerfeld, a pioneer and champion in all categories of unusual collaborations, had also created for Coca-Cola. In 2010, he designed a limited edition bottle illustrated with his own silhouette and bearing his signature. Also in 2010, Alberta Ferretti dressed the famous bottle with a golden waterfall. Jean-Paul Gaultier joined the club in 2012 with a collection of three bottles on a pale skin-colored background, one dressed in a sailor top, the other in a fishnet and lace corset, and the third in tattoos.

After all, what could be sexier than a bottle of Coca-Cola with its sultry shape and hourglass waist? And again, we are not talking about champagne, nor the legendary 2004 vintage Dom Perignon bottle decorated in 2014 by Iris van Herpen with a peacock feather motif, or the Veuve Clicquot bottle which is offered in 2021 in a Yellow K-Way Ice-Jacket with zip and hood!

HOW TO PUT PARIS IN A BOX

The trend of associating clothing brands with drinks and edibles arguably started when the big fashion houses decided to buy out the franchises they had sold before the 1990s and which were starting to plague them, unprofitable, uncontrollable and damaging to their brand image as they were. Carrying out ad hoc collaborations, with a lot of publicity, gave them more freedom, and certainly even more visibility. This is why we saw the appearance in the first decade of the 2000s of Christmas bûches made by great couturiers or art directors in collaboration with Michelin-starred pastry chefs, notably at Lenôtre, which launched the mania.

More precisely, the great year of couture bûches was 2007, and it was again Karl Lagerfeld who created a chocolate, cinnamon and orange bûche decorated with a sugar jeweled ax. In 2015, Hermès also co-created at Lenôtre a puff pastry bûche infused with spices, citrus fruits and honey, decorated with all the brand’s iconic imagery. The very Parisian house Ladurée wins the prize for fashion collaborations with themed boxes and assorted macarons. It’s hard to say which of these boxes is the most famous, between that of Alber Elbaz for Lanvin in 2012, with its bubblegum-scented macarons, or that of John Galliano, with its ginger-rose scented macarons, not to mention everyone from Christian Louboutin to Chiara Ferragni, from Vera Wang to Nina Ricci, from Charlotte Olympia to Emilio Pucci, a label that displayed its chic Parisianism with its own signature macaron. 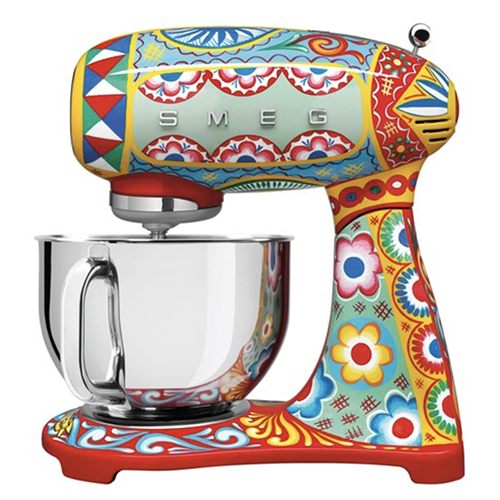 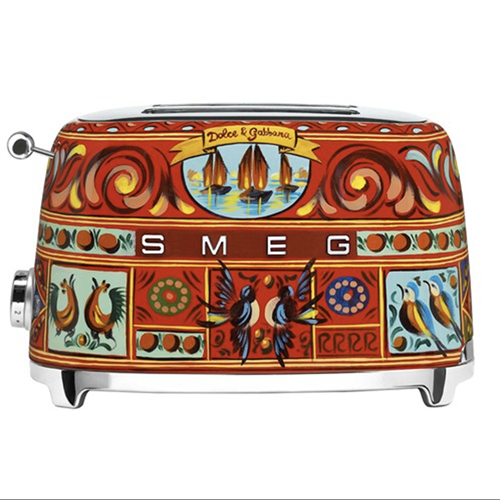 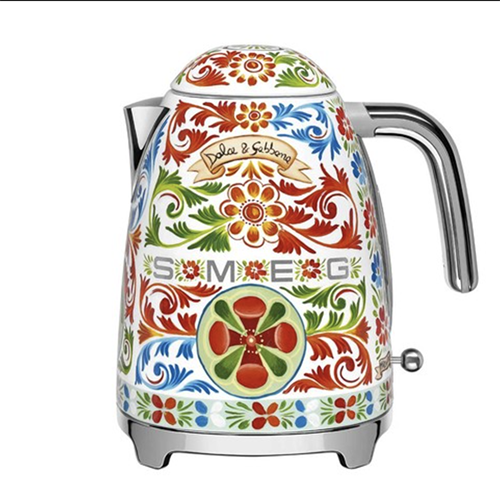 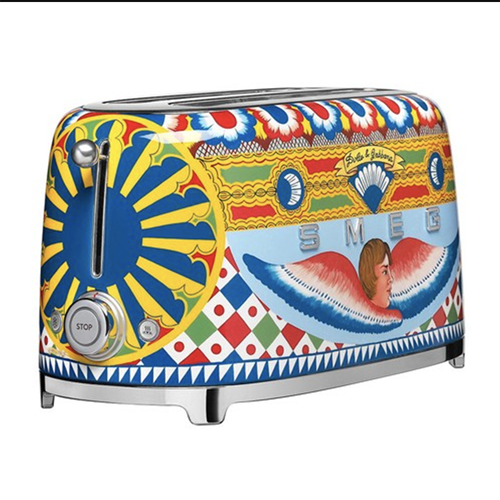 IN THE KITCHEN WITH DOLCE & GABBANA

LVMH, in addition to its fashion and spirits houses, fought to buy the famous Milanese pastry and chocolate factory Cova, we can begin to understand the flirtation between fashion and the pleasures of the mouth. And since the pandemic has deprived us of going out, and in a way sent us back to our kitchens, both to pass the time and out of necessity, Dolce & Gabbana launched a collaboration with Smeg, where they have dressed a whole line of kitchen accessories in their signature cheerful and colorful Sicilian motif. A toaster, a mixer, a juicer, and even a line of Fiasconaro’s famous panettone and biscuit tins, you can now confine yourself in style and be forgiven for the sin of gluttony by elegantly savoring both container and content.

OUR CHILDHOODS IN THE MIDDLE EAST

Food, especially pastry and drinks, is part of the luxury universe with its extraordinary packaging, tailored decorations and unusual compositions. Taste awakens involuntary memory, as Proust demonstrated with his madeleine, but sometimes you don’t even need to taste. Lebanese designer Sarah Beydoun, of Sarah’s Bag, has been seen surfing the nostalgic wave of pyramid-shaped fruit juices and the four o’clock sesame bread, big stars of children’s snacks since the 1960s, and then turning our memories into bags. Jordanian Tania George also draws on childhood memories by illustrating her exclusive fabrics with everything that was sold in grocery stores in Amman in the 60s: cartons of milk, cotton candy, fruits and vegetables.

In the end, food and fashion are two obsessive sides of the same coin, and sometimes they meet to create our greatest pleasures.