A look at the inner workings of fashion styling in the region; how it has evolved and where there is still room for improvement.

A few months ago, Amine Jreissati joined Vogue Arabia, as senior market editor. He announced the news with an Instagram post: “When I was asked 10 years ago, ‘Where do you see yourself in ten years?’, I replied: ‘I hope that in ten years there will be a Vogue Arabia and that I’ll be part of the team’.”

The 38 years old stylist and founder of genderless brand Boyfriend (currently on pause due to the pandemic), has seen the business change in front of his eyes. He started working at Marie Claire in 2007 as assistant fashion editor, and soon became head of the fashion department there. The legacy brand title launched around the same time as ELLE and Harper’s Bazaar introduced their Middle East editions. “It was around that time that things started to evolve, and it’s been changing throughout,” he says. Back then, many of the magazines hired international fashion editors or outsourced their shoots. “There was no real understanding of styling in this region,” as he recalls.

Sally Matthews, currently a well-known name in fashion in the Middle East, was one of those expatriates who moved here during these times. The former creative director of The Modist came to Dubai from England in 2007 as part of the launch team of Harper’s Bazaar Arabia, in which she held the role of fashion director. While fashion publications were still in their nascence phase she notes, “the love, and knowledge for fashion has always been extremely developed in the region. However, locally produced fashion editorials were not popular.” At that time, it was hard for a stylist to get their hands on press samples, and often had to use pieces from stores. All that has changed, and now most brands make sure that there is a full set of samples locally available for stylists to use. Jressati concurs: “We also saw more international brands coming and exploring this market, and so it all worked in parallel.” 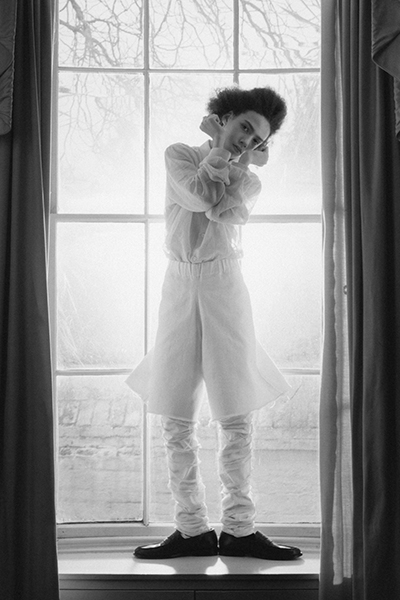 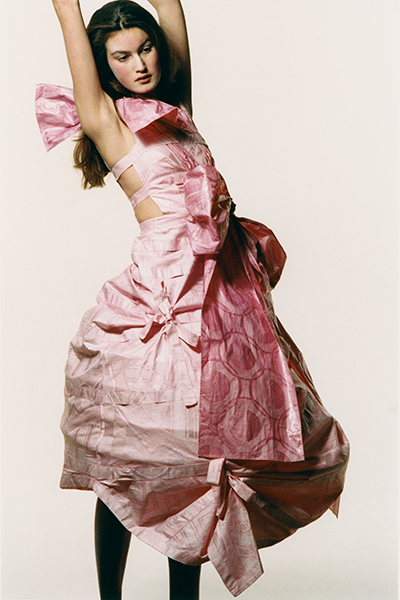 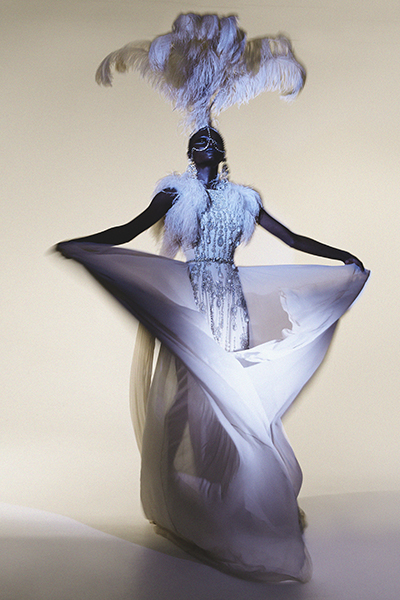 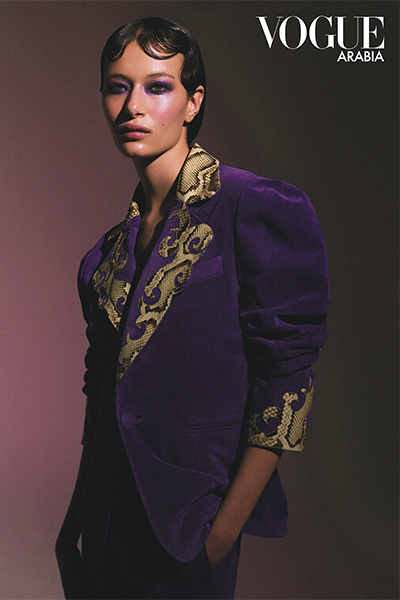 As European fashion markets became saturated, the Middle East’s role in international fashion became more important. By 2010, all data pointed toward Arabs becoming fashion’s elite clients, and in 2011 Kearney’s Retail Apparel Index reported that the UAE had the highest clothing sales per capita in the world, and that other countries in the Gulf were also high on the list. This encouraged the arrival of more fashion publications, and newspapers like The National and Gulf News came out with their own glossy magazines. In turn, it spurred the growth of strong networks of local PR agencies that work with international brands, making things more streamlined. Walk into the offices of local PR agencies such as The Qode, Faux Consultancy or Frame Publicity and you find a room full of press samples.

As publications kept on increasing, the styling in the region had to up its game. Mandy Merheb is the publishing director of Jamalouki magazine, a leading fashion publication in the region. She started her career as a fashion stylist over a decade ago, and she notes: “Styling has evolved, making it more interesting yet more challenging today. Competition is higher and versatility is required. You have to adapt progress and style in more versatile ways, as both demands and consumer behavior change rapidly.”

Added to this was the growth of social media and in particular the launch of Instagram in 2010. The Middle East is one of the most social media fluent region in the world. Suddenly everyone wanted to follow professional stylists in order to have a glimpse into what actually goes on behind the scenes. As Merheb says, “A lot of people on the outside got a glance through social media on the styling job. It looks glamorous, it is accessible and rewarding. Hence, many fans of fashion want a piece of that world. Stylists themselves are now celebrities.” For young stylists today, social media is part of their journey, and with hashtags like #BTS (Behind the Scenes) and #OOTD (Outfit of The Day) being a part of everyday social media lingo, it propelled styling to a specific level. “It really gives you a platform to be in someone’s life on a daily basis; you are not just a byline they see once a month in a magazine,” says Jreissati. Though he adds, you do need to have talent to shine and become a voice in the region. “The stylists that become known are the ones that have their own voice, that just do not mirror what is going on in the international markets. It is about the West meeting the Middle East. A good stylist must have an educated eye.” 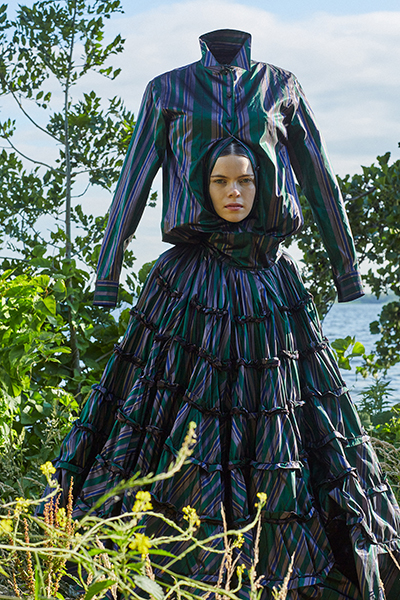 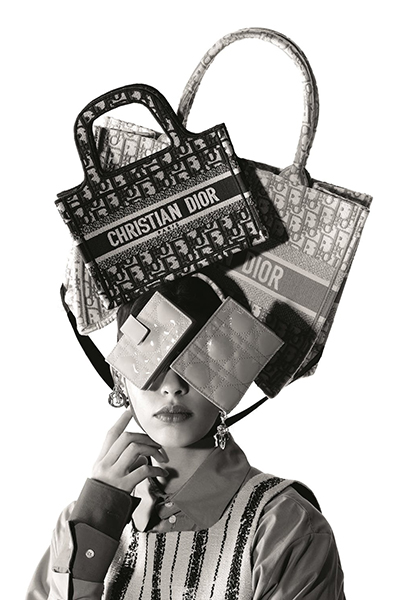 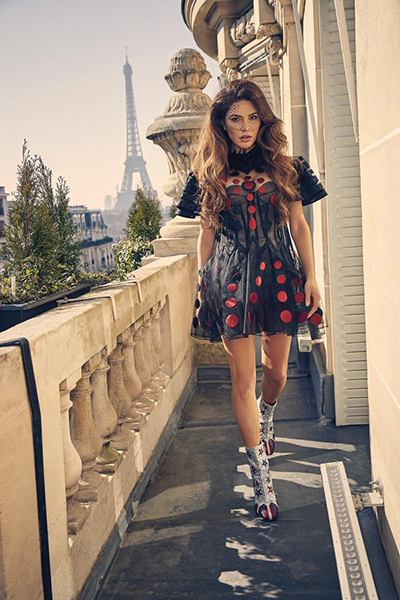 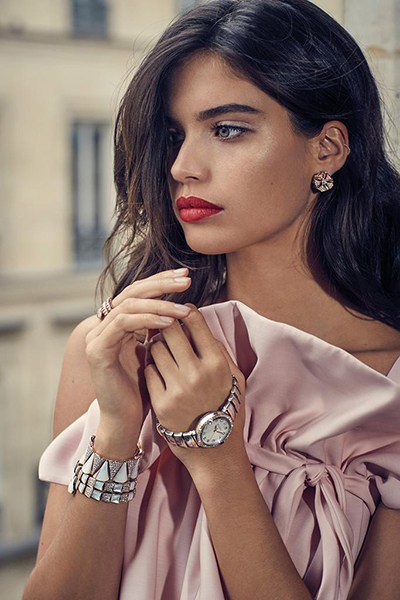 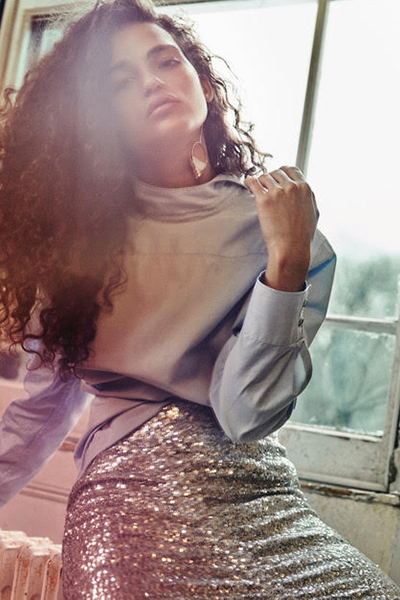 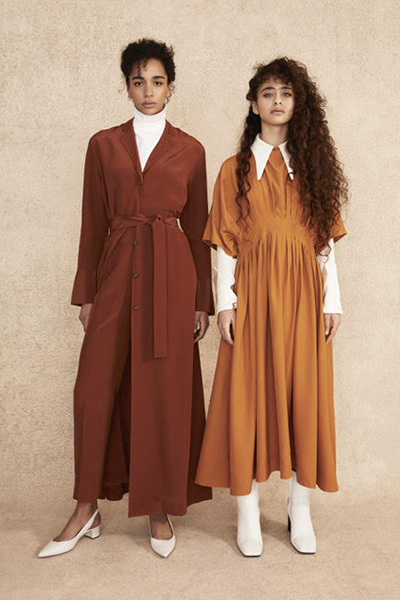 However, it is not easy to be based in this region and easily become a global name, which has led one of this region’s more fashion forward stylists to move to Paris. Makram Bitar has worked with magazines such as Dazed, and styled fashion shows like Maison Rabih Kayrouz, and also worked closely with Renaissance. “If you stay in the region, you will be only known to a limited Middle Eastern audience.” And he feels that there is a lack of stylists here who truly have their own voice.

He is not alone to believe so. Moroccan Majid Karrouch is a stylist based in Holland, who speaks proudly of his Arab roots. Having worked for Harper’s Bazaar Netherlands, Vogue Portugal and Vogue Arabia, he says: “I think the Middle East is on par when it comes to production and producing events. Every detail of my trips and shootings to the Middle East have always been flawless.” He only has one comment to make: “I think we definitely look too much to the West. The region has such a colorful and diverse history of aesthetics.”

As publications here are becoming more Arab, first in their content and in their teams, and the fashion landscape is changing, dependency on the West for talent and inspiration is waning: there is a styling language developing within the region, one that is learning to be unapologetically Middle Eastern.