To Embroider is To Tell

It is the reverie, inseparable from the work, that makes embroidered pieces so vibrant and their character so unique.

It’s time, it’s a dream, it’s a transmission. If embroidery could be defined in three words, it would be these. 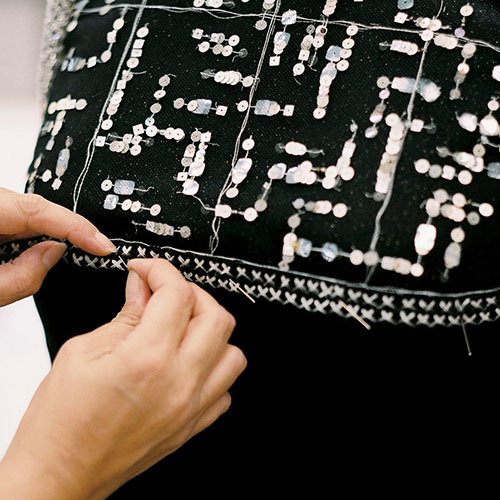 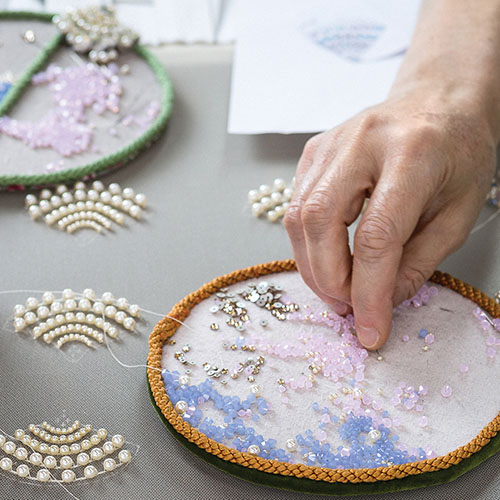 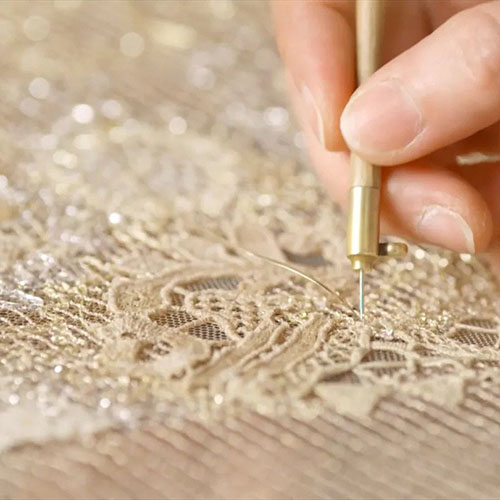 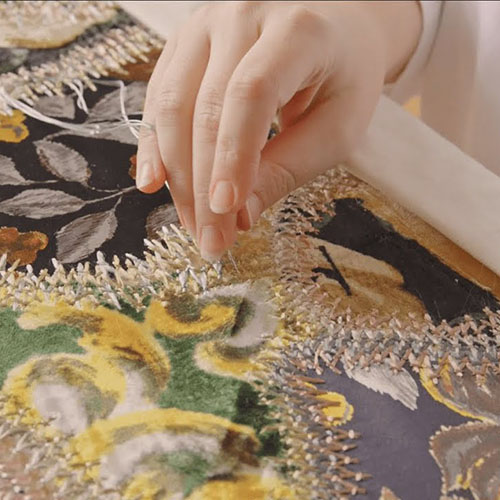 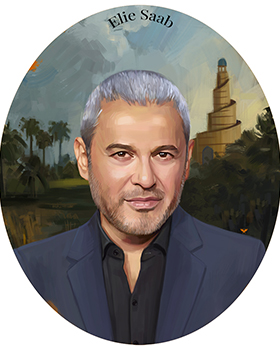 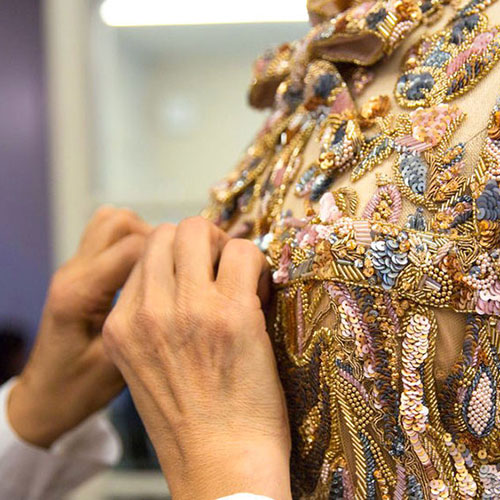 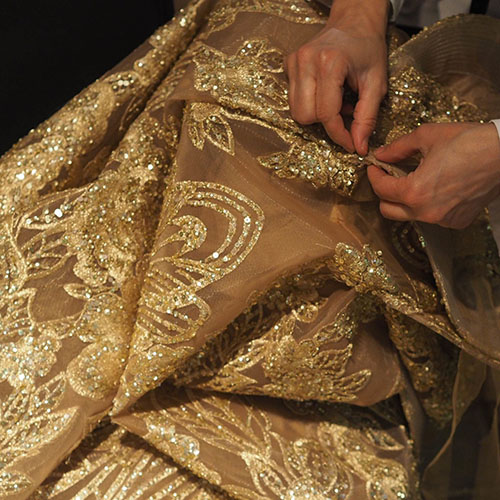 Twenty years ago, Lebanese sociologist Sarah Beydoun went to Lebanon’s women’s prison for her thesis on prisoners’ conditions. Many of us have long wondered how prisoners spend their time. In Lebanon, a tradition of more than half a century has it that men and women kill time embroidering tiny beads on unnecessary objects, pennants, hookah pipes, doilies … Beydoun decided to put this skill to use, to make profit that would allow the prisoners earn a little money, and to help ensure their reintegration into society once they had served their sentence. This is how the Sarah’s Bag project begins.

The 2000’s are the It Bag years due to a new propensity for nomadism facilitated by the rise of low-cost flights. We take our big bag and we go spend the weekend a few hours away by plane. Beydoun encourages embroiderers in prisons to make unique bags. She surrounds herself with a team of designers who smack of the Zeidgeist and come up with in vogue themes, such as the 1950s and disco revivals. Sarah’s Bag then becomes a must have, from Beirut to the far reaches of the Gulf. 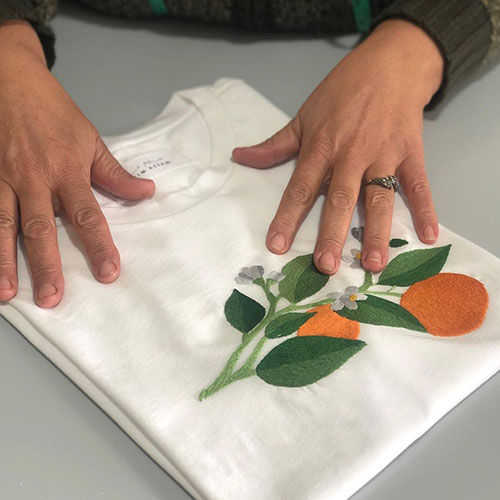 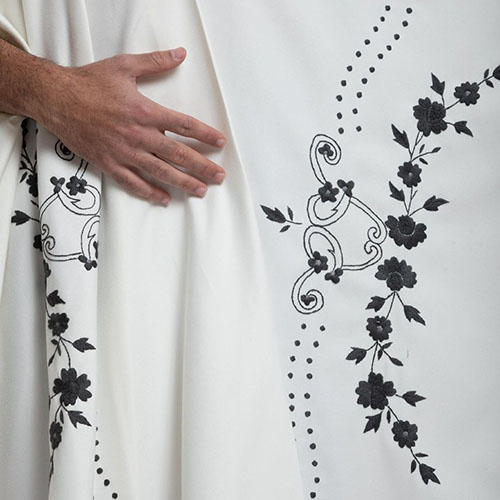 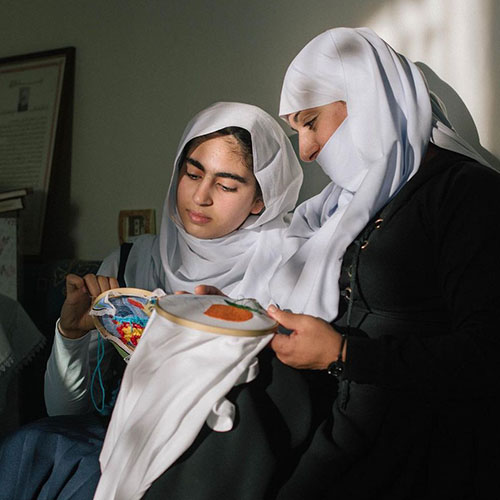 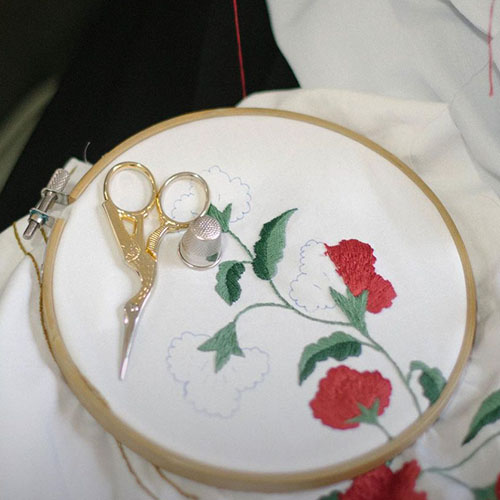 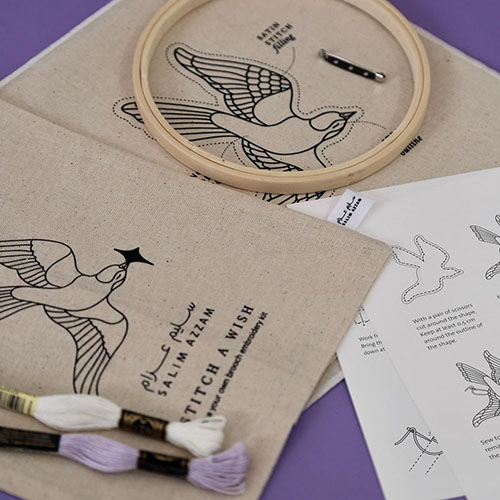 This is Salim Azzam, a young illustrator who returned home from Canada in 2014 and settled in Bater, his village nestled in the Lebanese mountains. There, time has literally stopped. The women look after their homes, and when they are done, they drum embroider designs salvaged from old issues of Burda Magazine. While embroidering, they tell stories that Azzam, daydreaming, quietly draws. Restaurant creator Kamal Mouzawak, who travels across Lebanon in search of traditional recipes, passes by. He discovers Azzam’s talent and talks about him to fashion designer Rabih Kayrouz who in turn encourages him to create patterns on clothes. Azzam starts a small business and asks the women of his family, and ultimately the whole village, to work with him. He creates simple patterns intended to accommodate shadow stitch designs. On his dresses, jackets, kimonos, harem pants and shirts, we admire flocks of birds, summer clouds, modest wild flowers, fruits, sunsets, nursery rhymes and wise terms in calligraphy as peaceful reveries traced in threads of color on endearing collections. 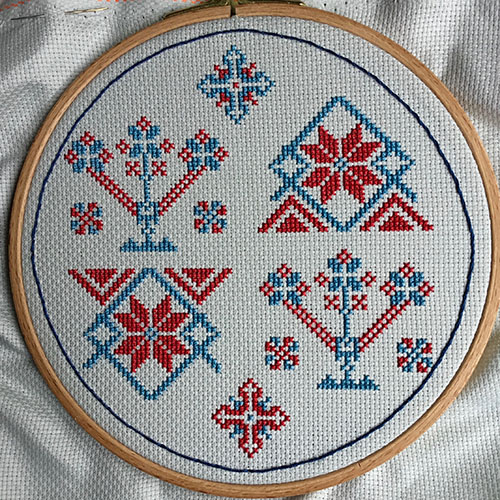 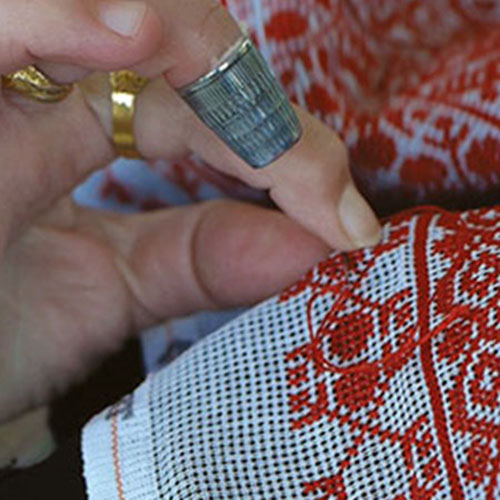 In December 2021, UNESCO listed Palestinian embroidery as an intangible heritage of humanity. Rarely has an art been as distinctive as these sumptuous cross-stitch embroideries. Particular to rural areas where, again, time is there to be killed when leisure is lacking and daily chores are accomplished, Palestinian embroidery decorates uniforms and traditional outfits: tunics, pants, jackets, headdresses, veils. Each village has its own color code and its own patterns inspired by its environment. Embroidery is social. It brings together groups of women who come to meetings or host them with their daughters, who in turn learn an art that belongs only to their community. The embroidery sought by bachelors is different from that of mothers; those of young people different from those of mature women. Together, women will prepare the trousseaux of future brides. The sleeves and cuffs are covered with embroidery, and the dresses adorned with vertical patterns that run from the waist to the hem. The diaspora has taken with it this heritage made up of techniques, colors and tales, and continues to disseminate it.

Add to this countries that do not have the industrial capacity to produce ready-to-wear, and haute couture finds a major asset in the skills of artisans. This is how, in Lebanon, designers like Elie Saab were able to count on teams of talented embroiderers to add magic to his dresses. Chanel, which has just brought together all its know-how under one roof, the M19, in the outskirts of Paris, is particularly proud to have bought the Lesage embroidery house. Often these big fashion houses, when showing you a dress  also tell you how many hours it took to make. It is true, as the saying goes, that “time is money”. But it is the reverie, inseparable from the work, that makes embroidered pieces so vibrant and their character so unique.