The Saga of the Chalhoub Group’s “Wandering President”

Michel Chalhoub passed away a month ago. His son, Patrick Chalhoub, and his ex-business partner Jacqueline Gasparian, talk to Pulse about this man who devoted his life to creating an impact and making change.

Throughout the 20th century, alongside their tumultuous histories of persistent war and conflict, both Lebanon and Syria have also borne witness to the business dealings of  the scions of several successful family businesses, like the Saade, founders and owners of CMA CGM a world leader in transport and logistics, or the Fattal, who are leading regional distributors of premium brands in the MENA region.

The Chalhoub naturally fit in this category, as over time the family company became, according to most media outlets, nothing less than Middle East’s luxury retail pioneer (in the beauty, fashion and gift sectors, mainly) Since the 31st of July, the family has been mourning the passing of Michel Chalhoub, founder of the luxury group, who left this world at the age of 89, and who devoted his life to creating an impact and making change.

Michel Chalhoub drove the company’s growth until the early 2000s when he became a chairman, handing over the Group’s management to his two sons, the late Anthony, and his son, Patrick. It was in 1955 that Chalhoub and his wife, Widad, founded the Chalhoub Group in Damascus by opening the first Christofle boutique at the age of 23. Through strong partnerships with many prestigious brands in the Middle East, the Group soon became the ambassador of luxury in the region.

Nicknamed the “Wandering President” since the 1950s, Michel Chalhoub was convinced of the Gulf’s potential for growth and worked hard to establish the group’s business, operating in different categories and countries. 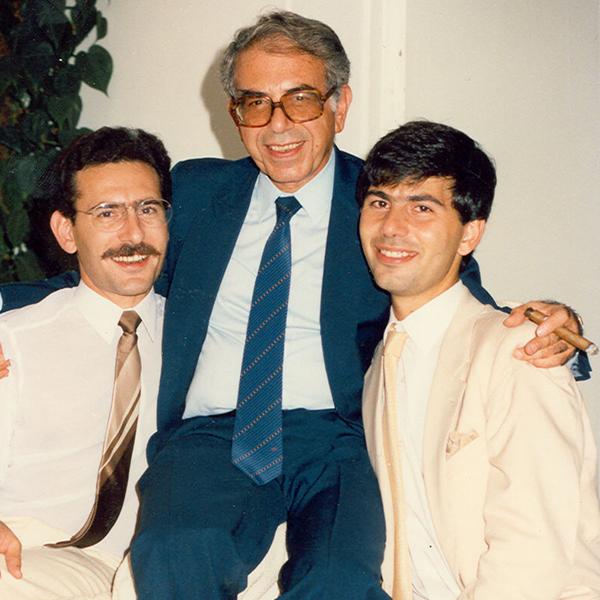 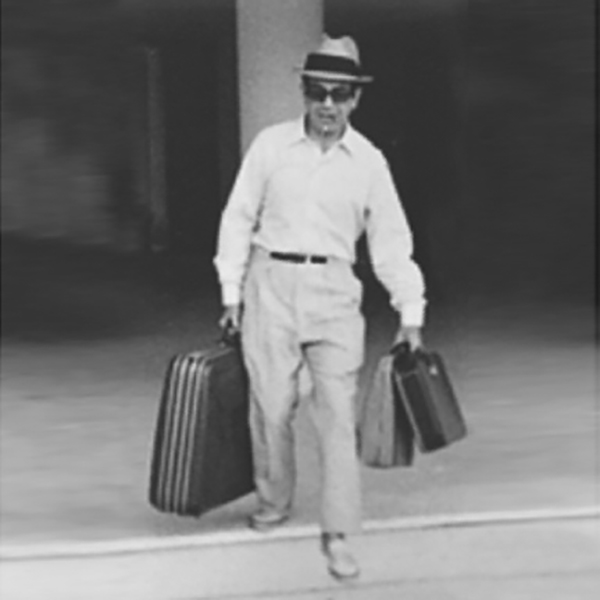 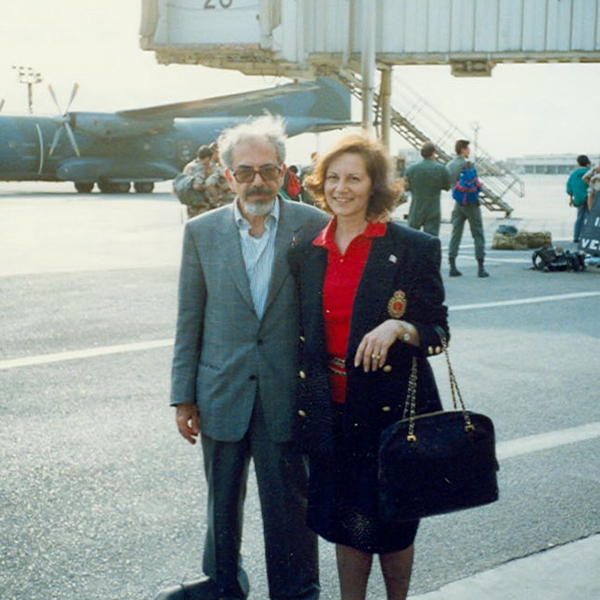 Elegance and cigars
Jacqueline and her husband Edgar Gasparian – who also passed away several years ago – were business partners with Michel Chalhoub in Lebanon, owning a common selling space in the Phoenicia Hotel in Beirut during the Sixties until the early Seventies. “He and my husband really appreciated each other since they met in Damascus. They were both not very tall, but had strong characters, were always dressed elegantly and loved cigars,” says Jacqueline Gasparian with a smile. “At that time, both Damascus and Beirut were really lively. It was another time, a few moments before the countries were permanently driven into political turmoil,” she adds as her smile fades slightly. “Michel was a joyful, funny and very hardworking person. He was always moving around in search of new business opportunities which led him first to Lebanon, then to the Gulf countries where he was, I think, literally the first person to introduce French luxury products there. And that was the right train to take,” continues Gasparian.

The Group’s growth started accelerating in the early Eighties with the opening of Tanagra, the first unique retail concept store in Kuwait City. “The name Tanagra was dear to my family. It’s a village in Greece (in Beotia, 20 km east of Thebes) where they were making statues of beautiful young ladies. It has given is name to those statues (a kind of terracotta figurine) and friends of my parents used to call my mother by this name,” explains Patrick Chalhoub. This was a major milestone for the Group as Kuwaiti officials would invite the heads of foreign states to visit the Tanagra shop during their official visits to the country. British Prime Minister Margaret Thatcher and the King of Spain, Juan Carlos, number among the prestigious visitors that consolidated the reputation of the Chalhoub family business. Another milestone was reached in 1983 with the opening of the first Louis Vuitton boutique in Kuwait City.

More than ready
From that point on, and despite having been forced to move their activities to Dubai, in the United Arab Emirates after the invasion of Kuwait in 1990, the Group continued to grow steadily and maintain their reputation for their excellent brand management and service. In 2008, the Group opened 90 retail stores in the region, further confirming its key player status in the Middle East. Today, the Chalhoub Group manages a portfolio of over 400 brands, more than 700 retail stores in eight countries, 40-plus e-commerce sites and more than12,000 team members.

Always looking forward and seeking to adapt to changing environments, in 2018 the Group opened the Greenhouse in Dubai, an accelerator program focused on working with and supporting technology-driven solutions. This was two years before the Covid pandemic, an event that might permanently change the way retail works. Today, the Chalhoub Group seems more than ready to tackle new challenges and wrap up another century of representing luxury brands in the Middle East. The Chalhoub Group will forever be grateful for all that the “Wandering President” did and will always honor his memory with a lifetime commitment to continue building on his legacy.