The Making of Rami Al Ali

As Dubai-based creator Rami Al Ali celebrates the 20th anniversary of the launch of his eponymous label, he looks back at his journey.

Syrian designer Rami Al Ali is one of Dubai’s best-known designers – his flagship store in the heart of the city is now a landmark. Al Ali originally moved to Dubai over two decades ago and, after an internship with fashion house Ghanati, launched his own label. It did not take long for his designs to be noticed and among his first clients was Diala Makki. This week he celebrates 20 years in business for himself.

Al Ali now shows his collections in Paris and has dressed the likes of Jennifer Lopez and Helen Mirren. At this year’s Oscar’s, Giuliana Rancic wore an off-shoulder beaded sculptural gown by the designer. Known for his love of artisanal details and for the way he romanticizes architectural shapes, his father was an architect, the designer, who never misses an occasion to exhibit his pride of his Middle Eastern roots, has become famous around the world for his beautifully crafted red-carpet, occasion and bridal dresses. Always innovating, he recently launched his first kidswear line. Here, one of the region’s most celebrated couturiers picks out three landmark moments from his career: 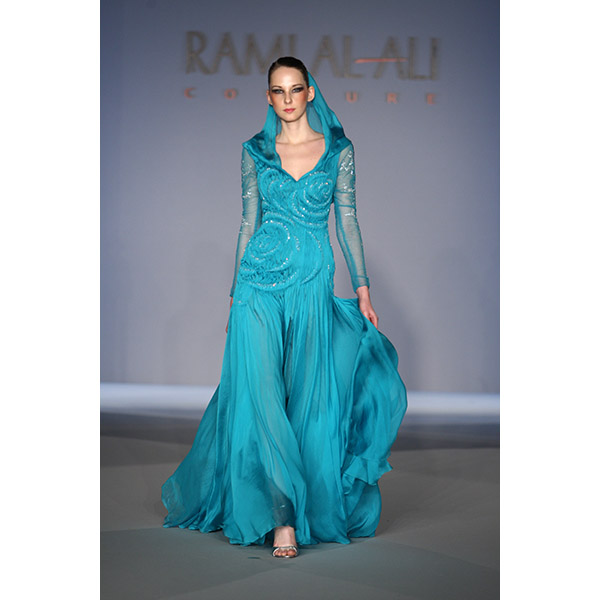 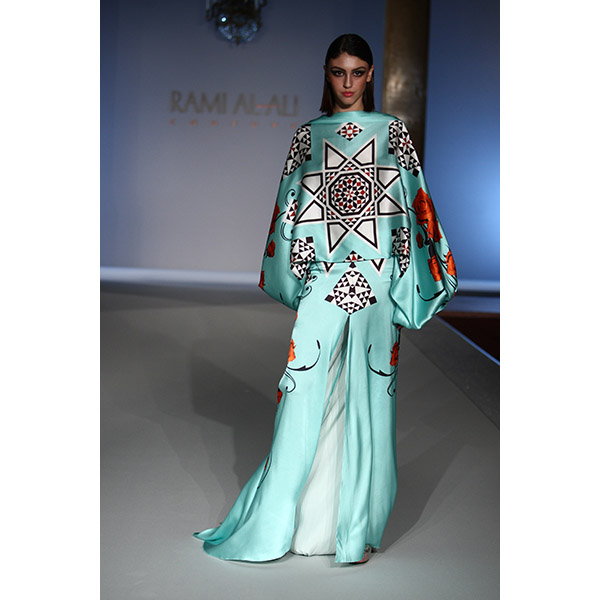 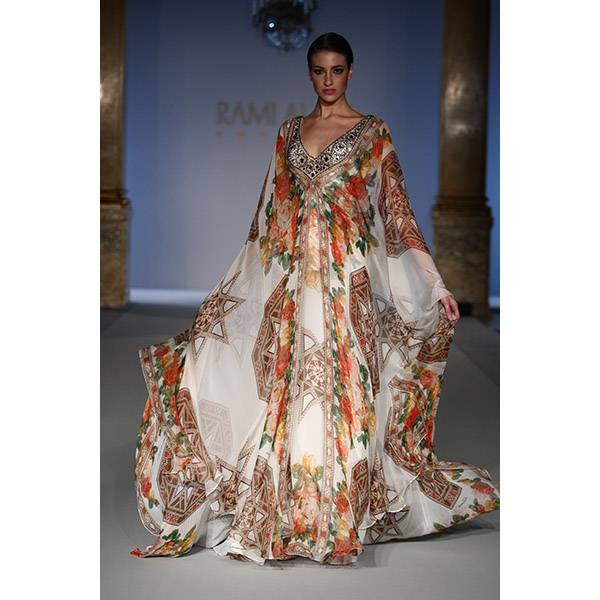 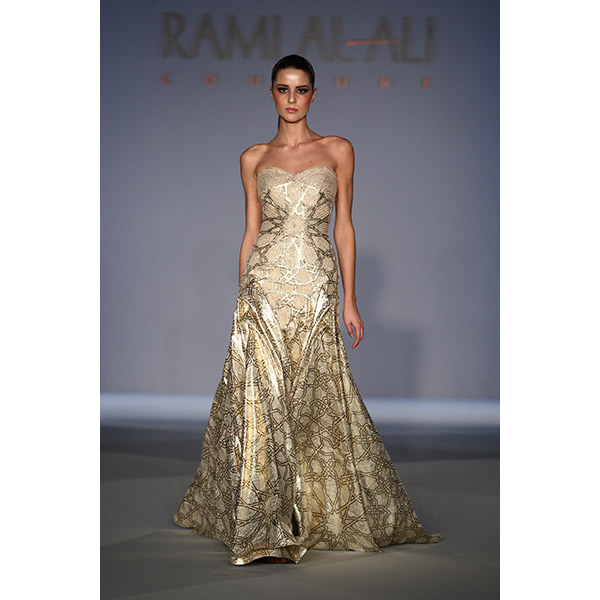 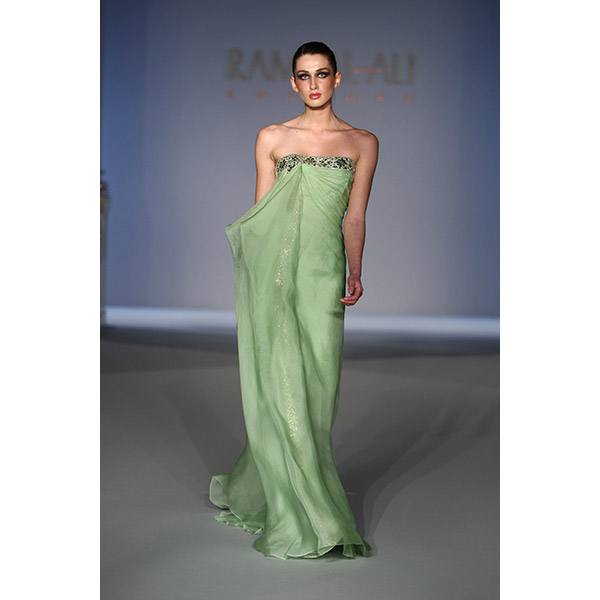 Rami Al Ali was the first designer to be invited to show at Alta Moda. This marked his debut in Europe, in which he showcased “Damascus Rose”, a collection featuring prints inspired by the designer’s motifs of Syrian mosques. As a Dubai-based designer, Al Ali believes in blending Middle Eastern traditions with Western sensibilities – a marriage that was well received by the Italian press. He showed in Rome for a few more seasons.

Al Ali made his Paris Couture Fashion Week debut showcasing a Spring/Summer 2012 collection named “The Woman in an Orientalist Painting,” at the fashionable Maurice Hotel. The collection spoke of stereotypical depictions of Middle Eastern women in Western art. While Al Ali had already started dressing many international celebrities, he said at the time that Arab women remain his muses. Ever since, Al Ali has regularly shown at Paris Couture Week. In the most recent edition, he presented a collection replete with baroque influences, one his favoured architectural references. 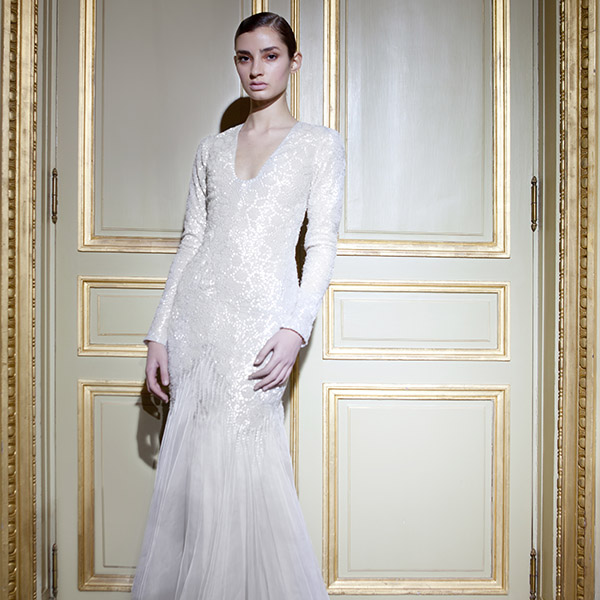 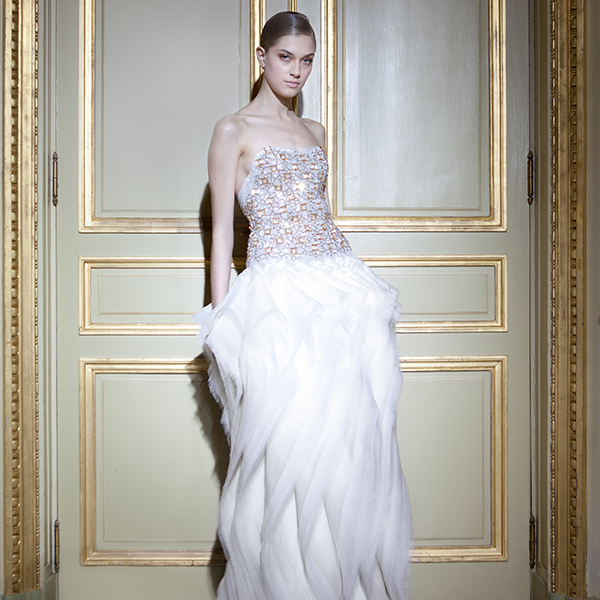 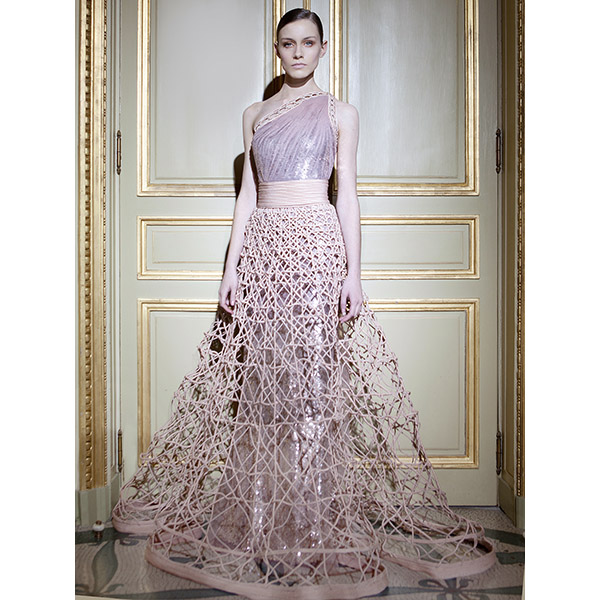 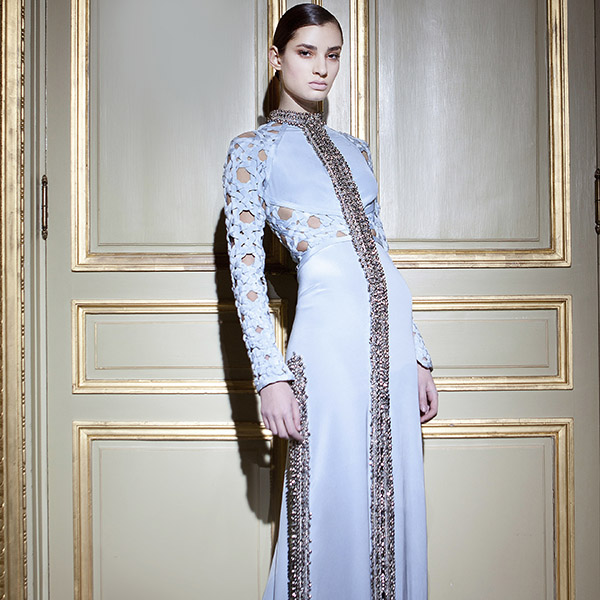 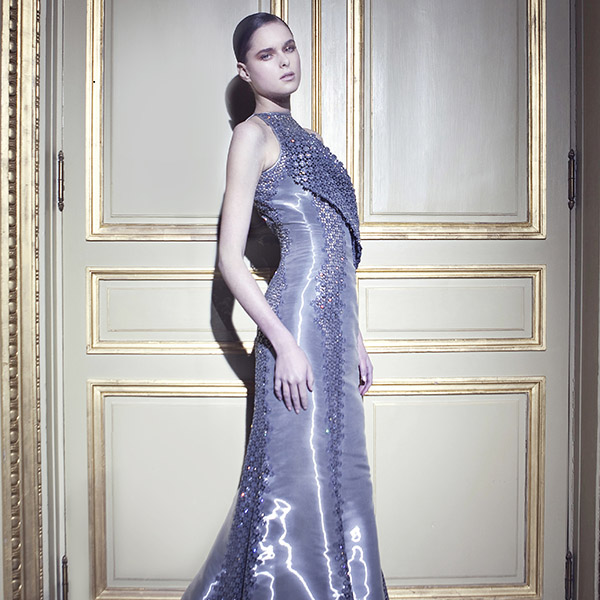 Al Ali himself is a graduate of Visual Communications. He is a firm believer that talent from this region needs to be nurtured, and so started a mentoring program at ESMOD Fashion Institute in Dubai. Under the expert tuition of the designer himself, and other highly qualified professionals, the educational team work continuously to mentor undergraduate design students.

A recent winner of the mentorship program, second year student Karashash Nurakhmet, not only received the opportunity to intern at the Rami Al Ali atelier, but also to produce her own capsule collection. The student’s three-piece collection was sold exclusively at the Polette Concept Store in CityWalk Dubai. Perhaps through this mentorship the city’s next Rami Al Ali will emerge!