The House of Gaga

All eyes are on what Lady Gaga is going to be wearing for the Ridley Scott film’s red carpet premieres in the next few weeks.

Fresh from her widely praised performance in A Star Is Born, Lady Gaga is going to be gracing our theater screens once again, in Ridley Scott’s highly anticipated film, House Of Gucci. The film is based on Sara Gay Forden’s 2001 book and the thrilling true story of the family empire behind the famed Italian fashion house. It follows the life of the ambitious Patrizia Gucci, formerly known as Patrizia Reggiani, and her quest to take over the Gucci empire.

After marrying her way into the Gucci dynasty, she finds herself at an impasse as the real power is held by her husband’s father and uncle. So what does she do? She pits the family against each other, and her rage eventually leads her to a vengeful murder. From love and revenge to betrayal, the real question is: how far is a family willing to go to gain control?

The film had its world premiere at the Odeon Luxe in London’s Leicester Square on the 9th of November. The media and fan frenzy, as expected, took over. Our social media algorithms have been bombarded with everything that is House of Gucci. However, the film’s much anticipated theater release on 24 November did not come without its own controversies.

The film was initially set to be directed back in 2006, then got pushed back to 2012 and 2019 until later being confirmed in November of 2019. The Gucci family, however, isn’t too pleased about its release. In an interview with the Associate Press, Patricia Gucci says the family was “truly disappointed” by the film. “They are stealing the identity of a family to make a profit, to increase the income of the Hollywood system,” she said, “We can talk about everything, but there is a borderline that cannot be crossed.” Their main concerns are due to their lack of contact with the film’s director, Ridley Scott and the alleged inaccuracies in the book on which the film is based.

All eyes are on what Lady Gaga is going to be wearing for the film’s red carpet premieres in the next few weeks, and we thought there would no better way to celebrate the release of the film than by looking back at some of her most memorable fashion moments wearing creations from our very own MENA designers. Here are Pulse’s top picks! 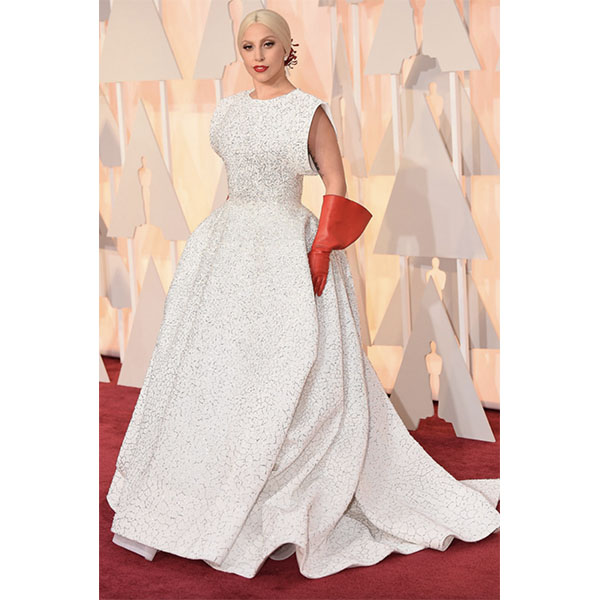 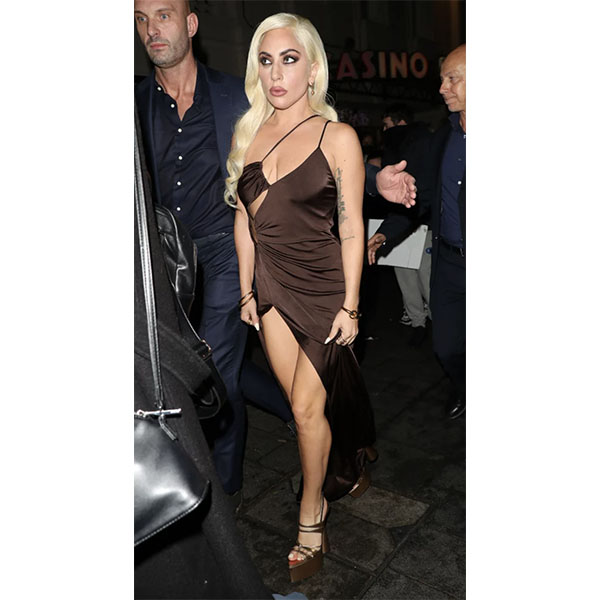 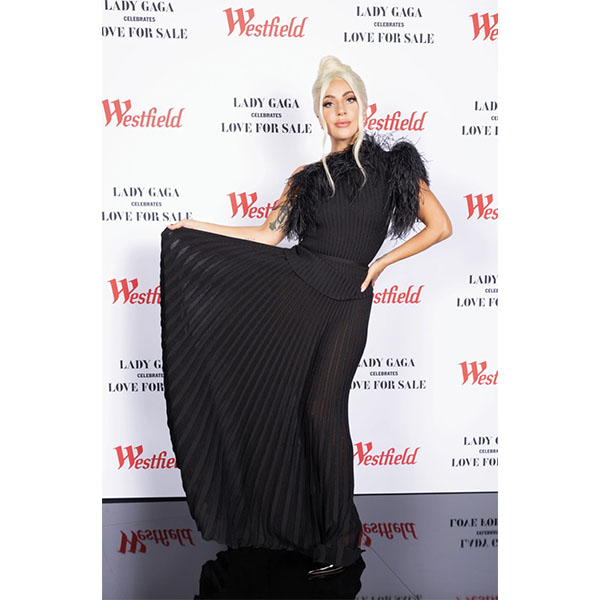 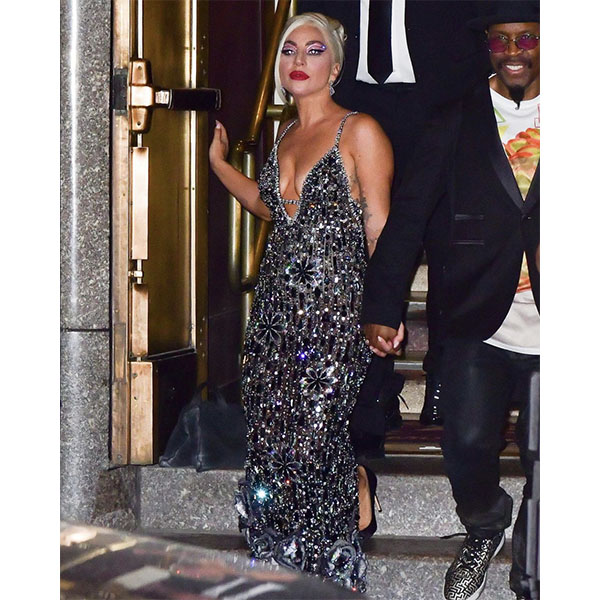 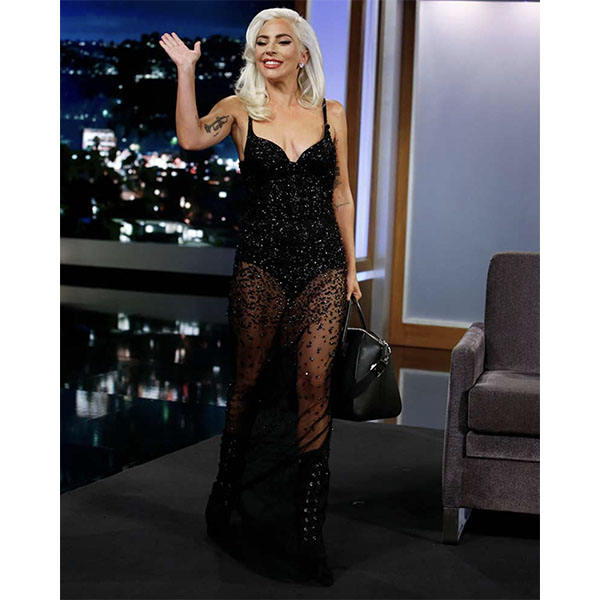 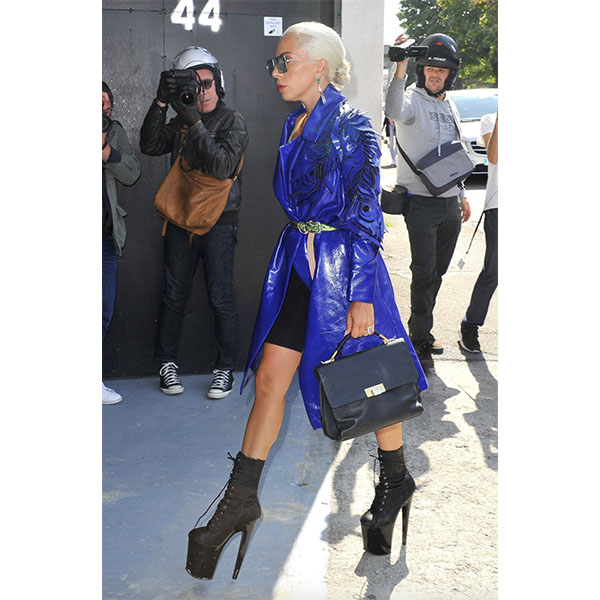 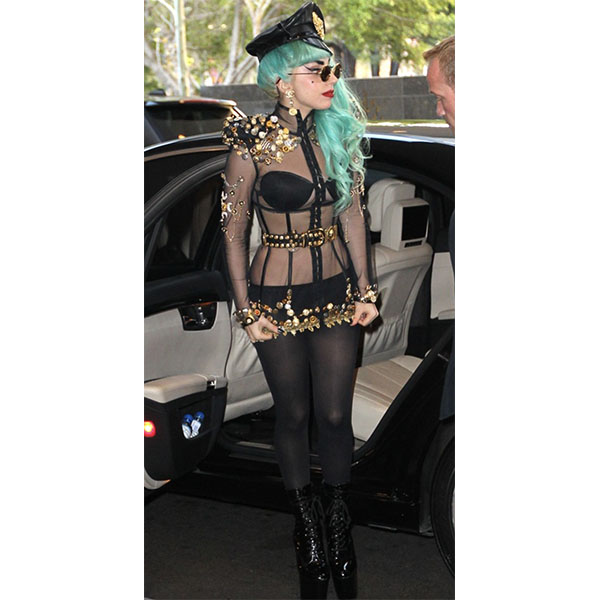 Lady Gaga donned a black ostrich feather ensemble from Elie Saab’s Resort 2022 collection to celebrate the release of her and Tony Bennett’s collaborative album, ‘Love for Sale’ earlier this year.

Lady Gaga wore a custom couture gown by Saudi/Beirut-based couture label Ashi Studio for the promo of her first acting role in American Horror Story Hotel. “The experience of working with the American Horror Story team has been amazing, their vision for Gaga’s character and her style evolution is something I look forward to being a part of,” said Ashi.

D’accori’s first ever pair of heels was worn by Lady Gaga. Since then, the Jordanian designer has collaborated with her on various projects, most recently for the private screening for House Of Gucci, where she was recently spotted wearing the ‘Belle’ in semi-sheen metallic bronze.

10’s across the board. Lady Gaga walked down the red carpet in the 2015 Oscars in an Azzedine Alaïa shimmering frock filled with crocodile scale–like textures and exaggerated shoulders. The dress happens to be the late designer’s first appearance at the Oscars — he never before designed pieces specifically for the award ceremony.

From the streets of Paris in 2018, Lady Gaga proved why she’s the queen of fashion once again. Dressed in couture from Lebanese Nicolas Jebran, the glossy bright blue jacket from his AW17 collection featured spiral floral cut outs.

A blast from the past! Lady Gaga made a special appearance on the Australian show “A Current Affair” to promote her album ‘Born This Way’ back in 2011 wearing Jordanian designer Zein Malhas. The gold button piece is from Malhas’ graduate collection, under the label Instituto Marangoni.

In March of 2019, Lady Gaga appeared on Jimmy Kimmel Live wearing a form-fitting black dress from UAE-based label, Khyeli. The sheer beaded gown is from their SS19 collection.