The birth of stars

On set with photographer and artist Hassan Hajjaj and the 6 winning fashion designers of the 2021 FTA Prize.

It’s Thursday, 4th of November, and we’re on set with famed photographer and artist Hassan Hajjaj and the FTA’s 6 winning fashion designers at the National Museum of Qatar’s courtyard, which forms part of Sheikh Abdullah bin Jassim Al Thani’s Old Palace and has been seat of the government for 25 years. Today, the Palace has been carefully restored and conserved, so that it can be enjoyed by visitors and future generations to come.

As the 6 finalists sit to be shot by the “Andy Warhol of the Middle East”, one can’t help but admire the surroundings of the location chosen for the shoot. Just the day before, all 6 finalists were announced as FTA’s 2021 winners. It is within the premises of the Museum’s iconic building, which was designed by French architect Jean Nouvel, that a new chapter begins. Today, they are part of the Museum’s legacy, a space where diverse communities can come together and experience Qatar’s past, present and future.

While I assist on set, I’m reminded that I’m in the presence of a North African icon. Just a couple of meters away is the brilliant contemporary Moroccan artist, Hassan Hajjaj. Known for his photography, printed fabrics and the series, ‘Kesh Angels,’ Hajjaj brilliantly conflates Western perceptions of Arab society through fashion photography, where he re-contexualizes fine art photography and popular culture. 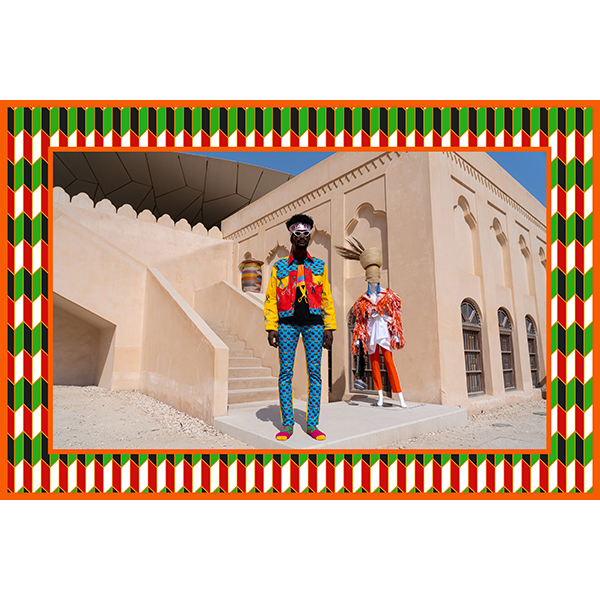 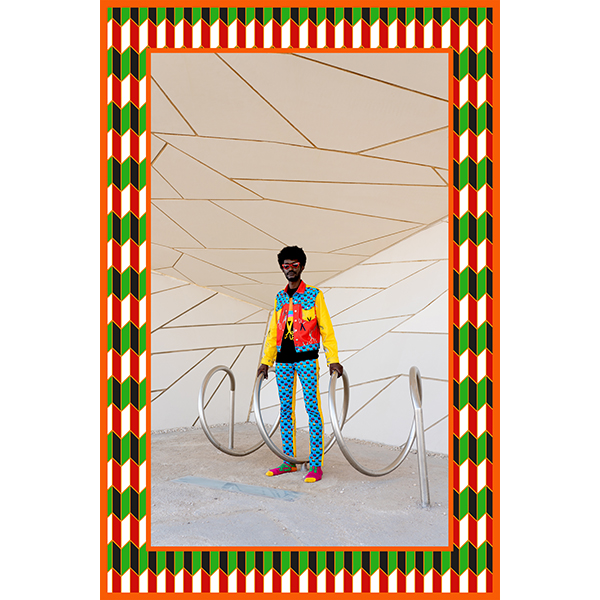 Best known for his bright, Pop Art-esque photographs, Hajjaj’s subjects for today are our six winning designers, Abdelgader El Tayeb, Zaid Affas, Mohammed Benchellal, Alia Bin Omair, Bilal Fellah and Agustin Nicolas Rivera. They are styled in a kitschy wardrobe, supplied by his team, and styled by his son, Tarek. As they sit in front of a colorfully woven background, a Hajjaj classic, they pose for the camera as everyone else dances to music being blasted from a little speaker held by Hajjaj’s son, who is also seen grooving alongside Jenny Fremont, his father’s right-hand woman, and his best friend’s wife. The positive vibes are radiating and the atmosphere is nothing like I’ve ever seen on the set of a fashion shoot. I pause and ask Fremont, “Are you always this brilliant?” to which she responds, saying, “We always have fun, but also get the work done.” I ponder this and just find myself in awe. 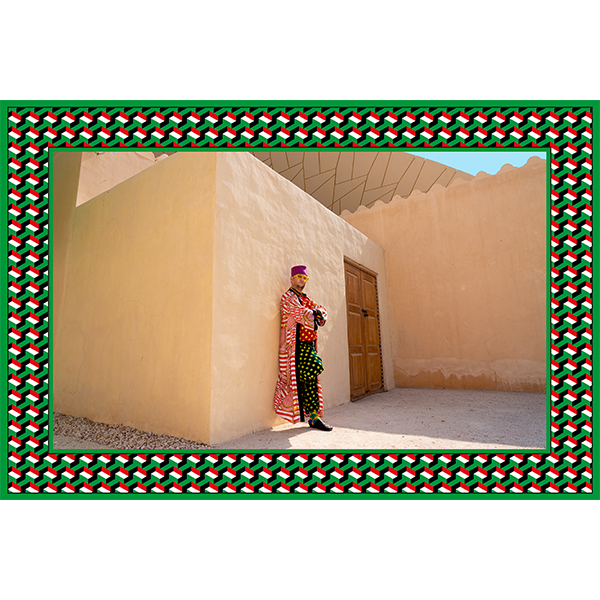 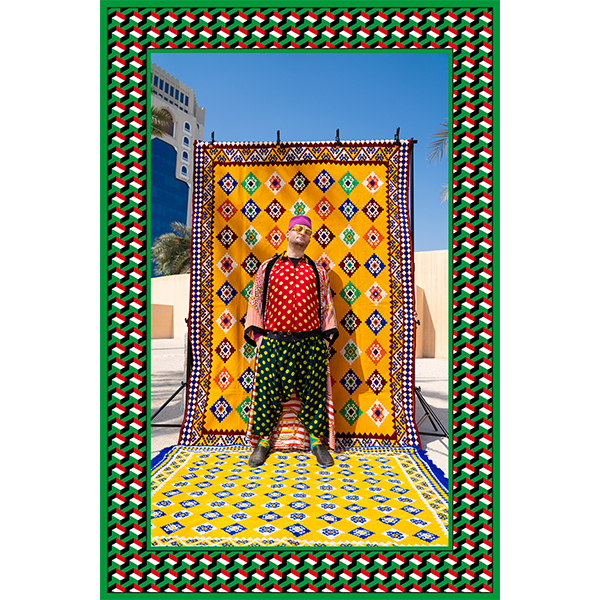 Power to the winners

Under the 29-degree, scorching sun, Hajjaj does pretty much everything imaginable, paying attention to every little detail, while also making sure everyone is feeling fine and having a good time. You find yourself gravitating towards his creativity, kindness and humbleness, a rare thing in the fashion industry. Born in 1961 in Larache, Morocco, he moved to London to live with his father at 13 years old. Today, his studio is based in Shoreditch, a creative hub in East of the City. As a young man, he worked as a music promoter and often decorated the interiors of club venues. While working as a designer, he began to experiment with photography and film, aiming to highlight the complexity of his culture and identity. 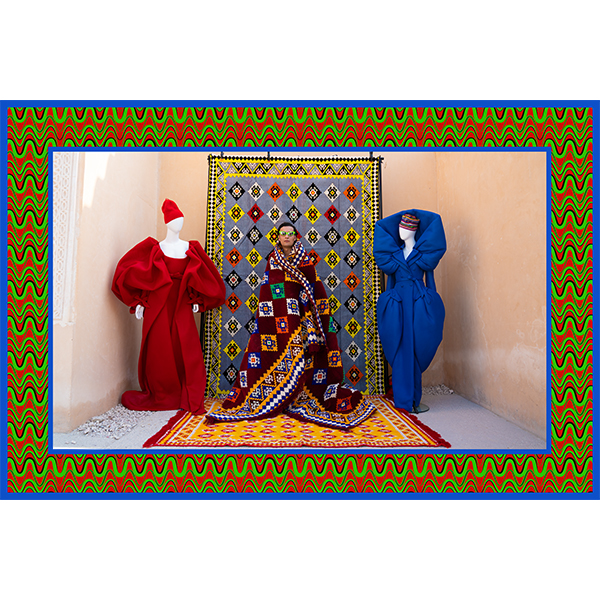 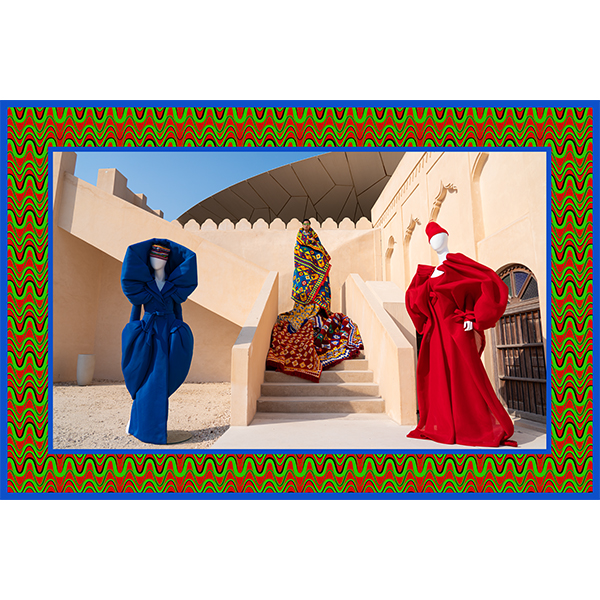 We both leave to grab for a break, and chat for a good minute. He tells me of his admiration for all of the winning designers, but does not shy away from expressing his particular love for Abdelgader El Tayeb, FTA’s Debut Talent winner. He hopes he can share some of the insights he has picked up over the years in the industry with him, “he needs to preserve his art, he’s an artist, he shouldn’t follow the fashion calendar and compromise,” he explains. His raw emotion towards not only his craft, but also the new generation of designers and artists entering the industry was endearing. He has a lot to share, his practice spans multiple disciplines such as sculpture, video, fashion, photography and performance. 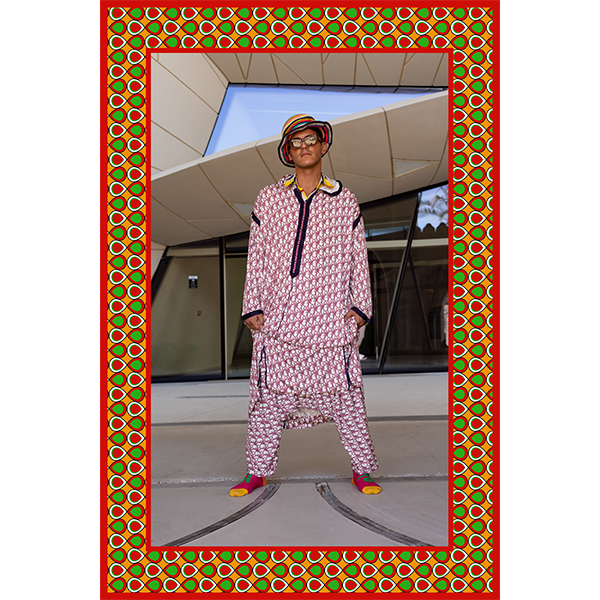 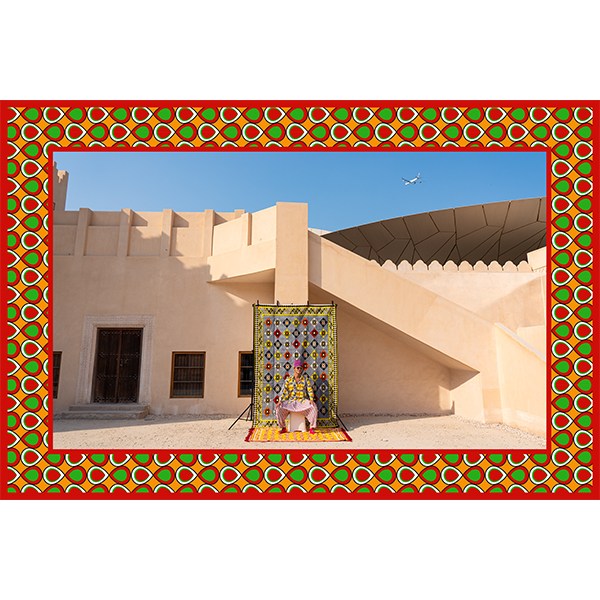 How much is too much print? Never in Hajjaj’s world. Each of the 6 frames chosen for the individual portrait shots of the finalists have a meaning. “The frames have been designed specially for the [designers] in the frame and relate to their roots and interests in an abstract way. It [has] been a pleasure learning about each of them as well as working with them,” he says. 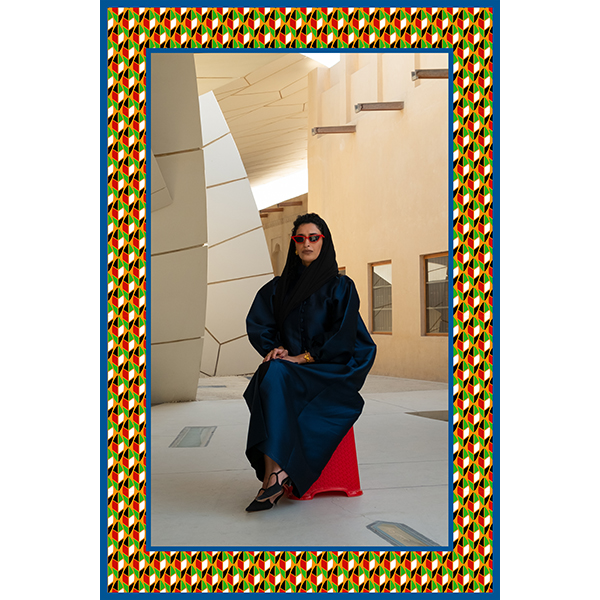 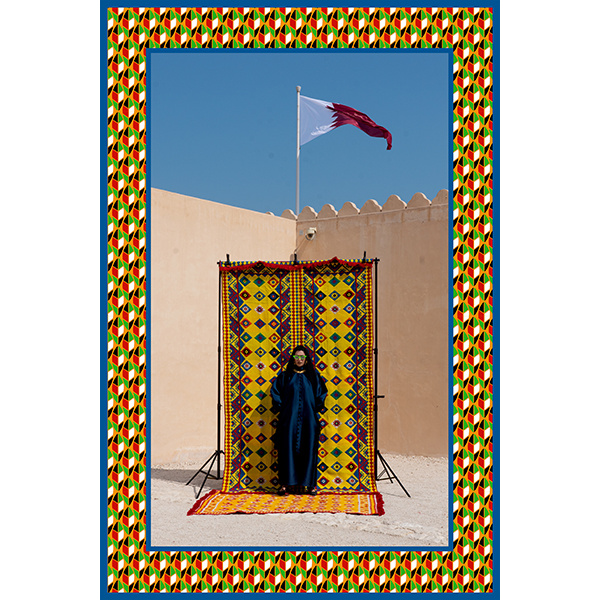 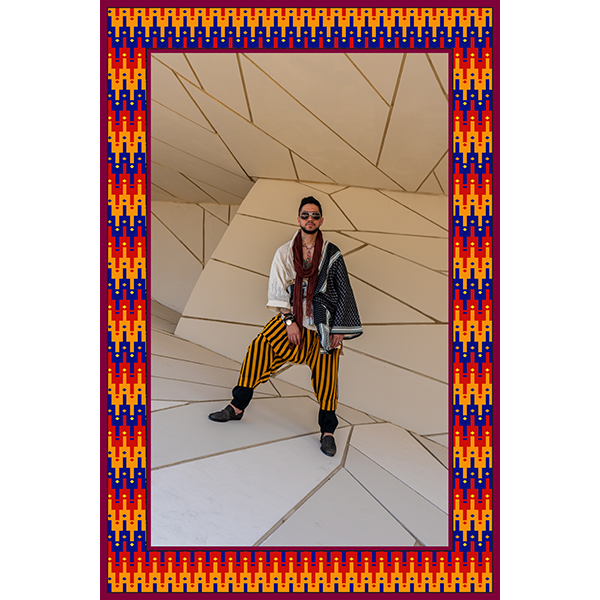 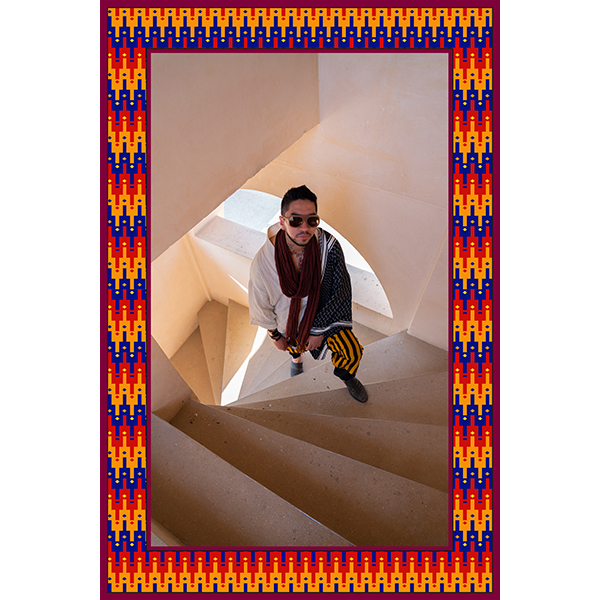 As for the group shot, Hajjaj says it is meant to celebrate “these rising stars and their roots as the colours are all the combined colours of their flags.” Titled ‘Power to the Winners,’ the stars signify and hint to a new era in MENA fashion, for 6 new stars were born just the night before.