Tucked away in an alleyway in the historic district of downtown Amman is Karma Malhas’ Run Naked jewelry studio. Malhas is a Palestinian multidisciplinary designer based in Jordan. After completing her studies in Industrial Design at the Rhode Island School of Design, she worked as a footwear designer at Phillip Lim and assisted artist Oroma Elewa on various projects.

Run Naked is a collection of jewelry and is an experimental journey where Malhas manifests her alter ego through design and body adornment. “The name started off as a joke. I created a poster using some of my designs for a utopian naked run set in the year 3030. Where would this body take you should it be free?” she says. Today, however, Malhas recognizes that this utopian idea was very much influenced by who she is, namely a woman in society, restricted and constrained by the patriarchy.

Malhas’ love for Bedouin jewelry was realized when she was 13 years of age and her debut collection for Run Naked was inspired by Palestinian embroidery, namely, ‘Tatreez Falahi,’ as well as the Tuaregs of North Africa. “There’s so much history in Palestinian embroidery. I didn’t want to just copy a design and call it a day. I wanted to take the time to research and honor my heritage by fully immersing myself in its history. I wanted to create my own narrative of something I have grown up with and one that reflects my identity,” she tells us. 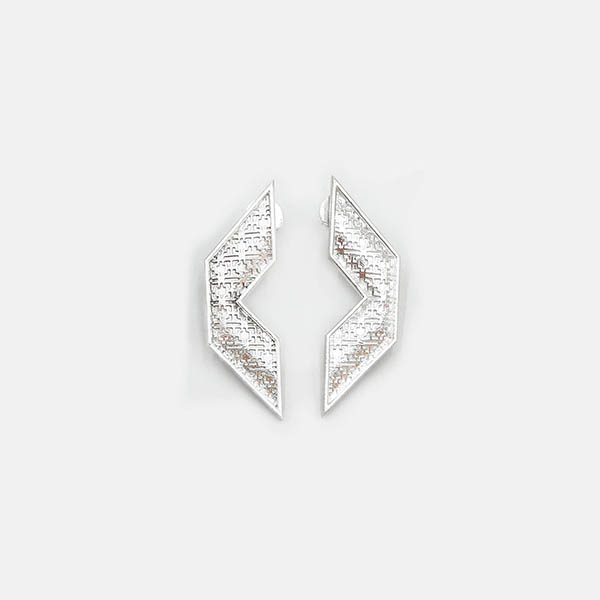 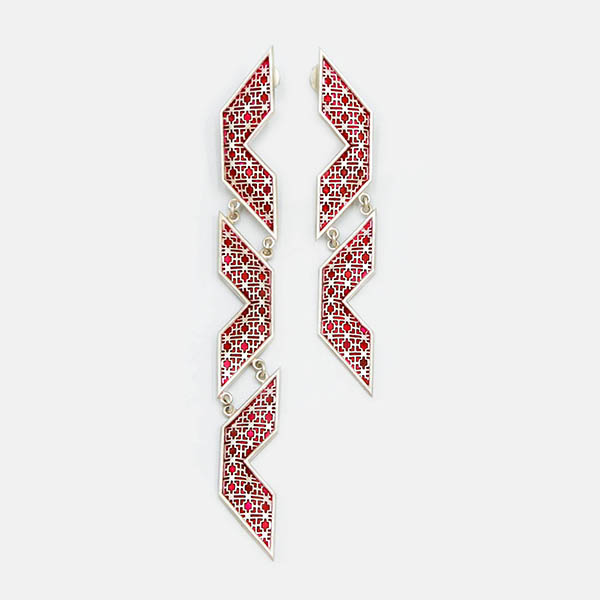 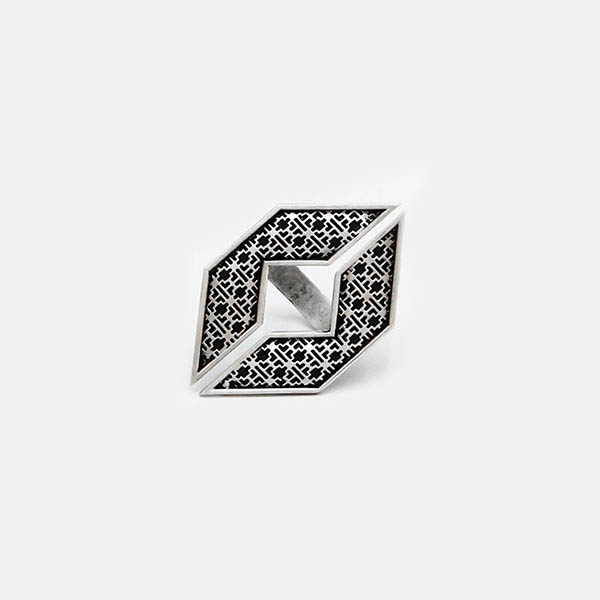 The influence of the Tuaregs on the collection is because of an image Malhas came across. “I saw an image of a Tuareg bride and was drawn to her jewelry. As I learned more about them, I found out that women are extremely important in decision making whether it be in politics or elsewhere. What was also interesting was how Tuareg men are also expected to cover their heads.” Their power as a collective, and the strong influence of women were factors that Malhas was constantly drawn to throughout her design process.

Body adornment is at the core of Run Naked. “I’m very much influenced by how the body is adorned in indigenous cultures. Some would say my style is gender neutral, but I’m generally drawn to things that feel organic. I am not limited to social constructs or societal expectations,” she says, and her jewelry is a reflection of her outlook. “My designs are for everyone. In history, jewelry was never exclusively for male or female. Patriarchy and colonization played a big role in why and how we identify and see gender. But gender neutrality is not progressive, it is something that has existed as long as humans have inhabited Earth.”

Run Naked launched in 2020, and Malhas tells us that it is more than just another brand, it is a passion project, and a personal one, too. “I didn’t go into it thinking this is my target market and this is who I’m going to be selling to. I wanted to organically attract customers that connected with the story.” This is why the brand is reasonless – it does not cater to demand, but rather, it is a manifestation of ideas and inspirations over a period of time. “I love what I do way too much. I do not want to be burdened by a capitalistic agenda where my creativity is forced,” says Malhas.

Today, Run Naked is about breaking barriers, and going to where one is able to feel and be set free.