It is no surprise that the tandem finds itself at its loudest in the midst of political crises and social changes.

In the beginning, it was the sound of a guitar amplifier breaking in front of a live audience, defying the wall of sound and opening the door to a new, irresistible reality: the magic of rock n’ roll. A necessary accident. An accident because the fire was ignited by nothing but a technical error, the engineering failure of a manmade machine. But a necessity too, because a perfect, untainted world where no boundaries are ever broken is a lifeless, undesirable one.

In a way, rock n’ roll is the acme of modernity. A howl for a perpetual cycle of change marked by a disturbance of the reigning order, an insolence toward authority, rebellion against the establishment and the beautiful zeal, vigor and candor of youth. For these reasons alone, it is no surprise that the greatest rock stars throughout history were all glorious fashion and style icons. Because what is fashion, essentially, if not an insatiable yearning for something new by challenging, deconstructing, recycling and distorting the old?

Rock n’ roll and fashion are biological and ideological twins. They are the cool kids next door your parents didn’t want you to play with. A lost cause. Because you knew and they knew that the pull was way too strong, their looks way too lush and their attitude way too contagious. Personally, I was eight years old when I was first exposed to the madness, sitting in my older cousin’s bedroom in the early 1990s, with Guns N’ Roses and Black Sabbath blasting from the stereo. I have a vivid memory of feeling terrified by Ozzy’s tormented, sinister voice, of feeling unsettled by Axl’s furious, powerful screams. More importantly, I have a vivid memory of intuitively thinking that whatever that indescribable sound was, I knew I wanted to be part of it. And because ultimately, a sonic world is incomplete without its visual counterpart, my intuition would soon turn into certainty the moment I would lay eyes on the majestic figures behind the music on television and in magazines. Greasy hair and eyeliners like The Cure. Hollow cheekbones like the Rolling Stones. Skinny-chic silhouettes like the Sex Pistols. Crosses and shades like Led Zeppelin. Leather jackets and chains like Motörhead. Shoulder padded blazers like David Bowie. Skinny jeans and cowboy boots like Slash. Band tees and flannels shirts like Nirvana. Scarves and glitter until the end of time like Aerosmith. Me, I wasn’t old enough to sign a contract, but I’d already sold my soul. And something in the little boy had changed forever. 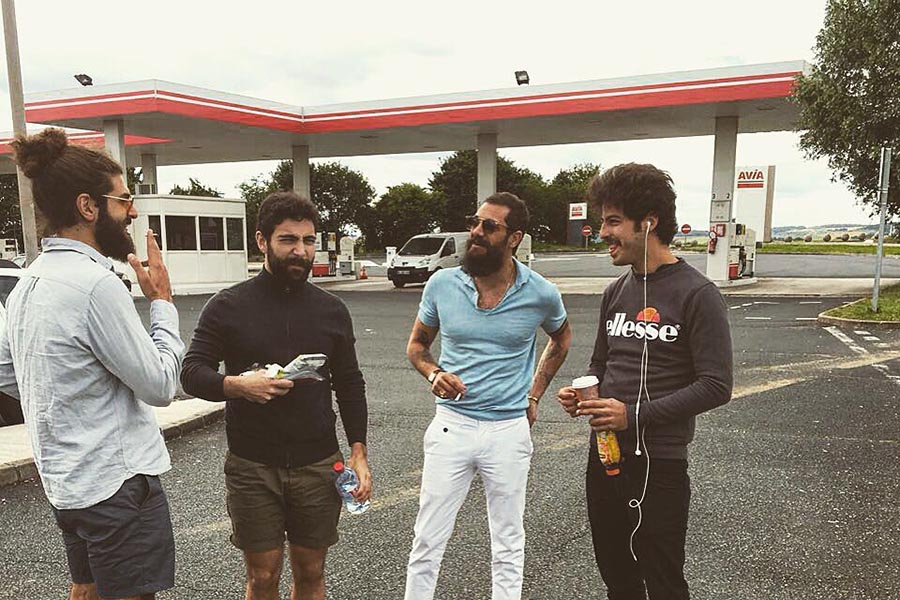 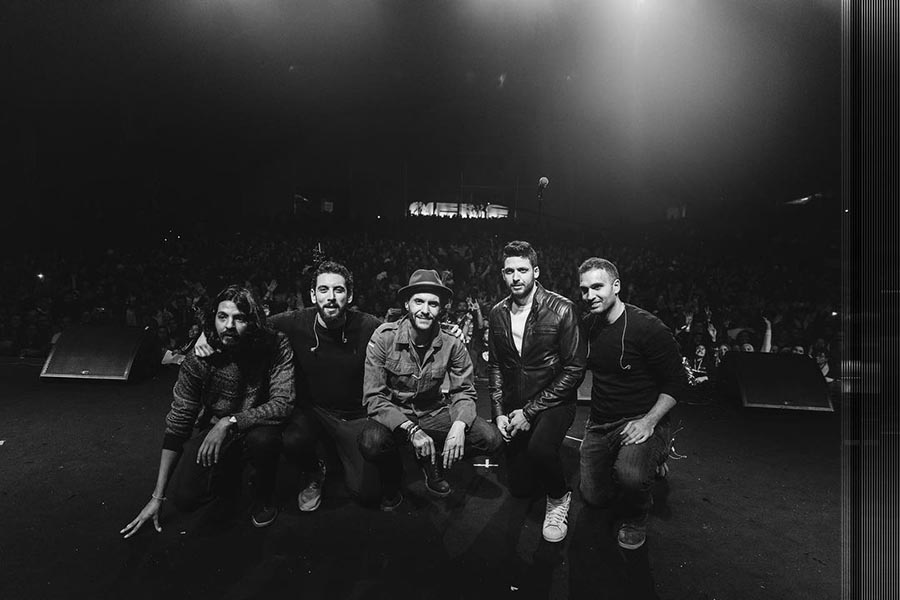 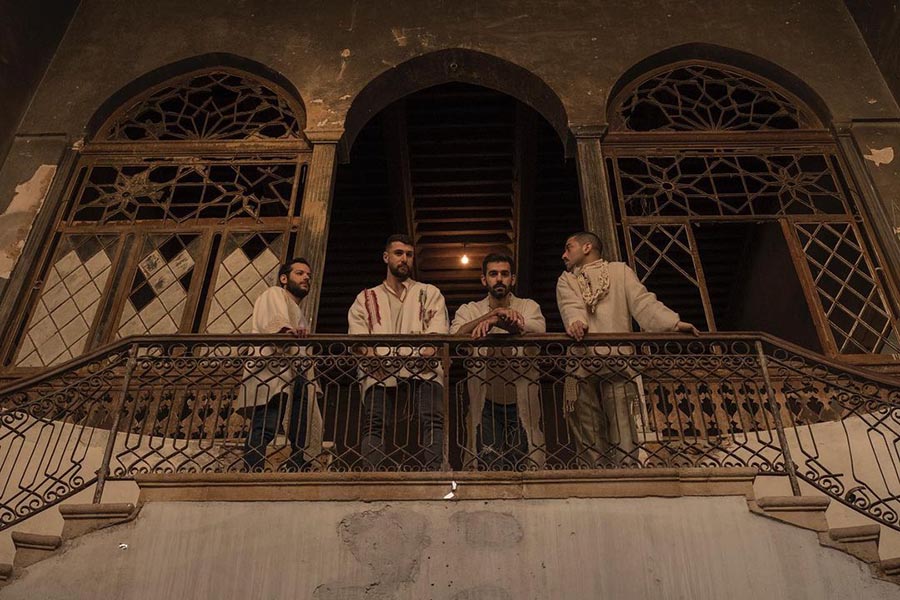 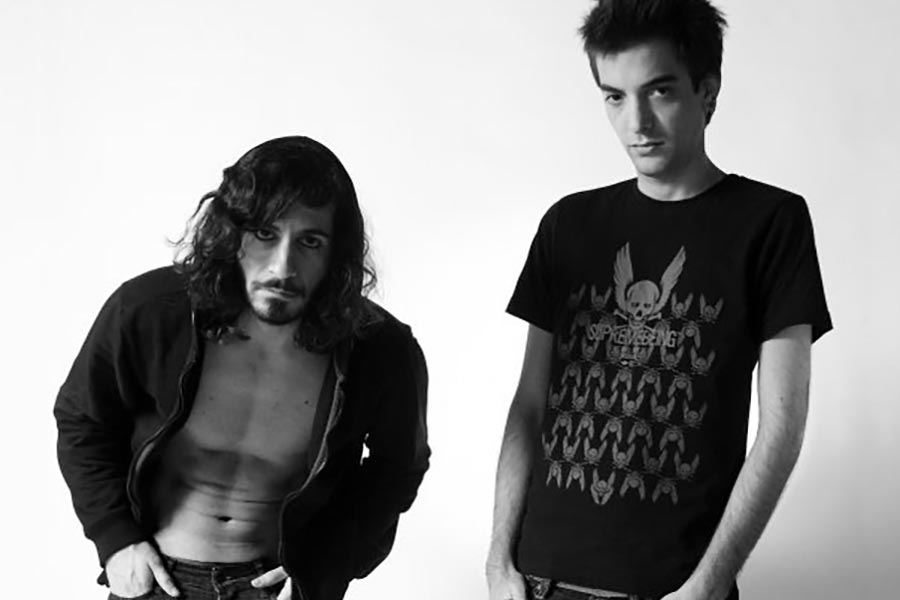 Because rock n’ roll and fashion are the yin and the yang of rebellion and growth. It is no surprise, then, that the tandem finds itself at its loudest in the midst of political crises and social changes. Natural laws are universal, from micro to macro and across all kinds of entities: a body that’s too comfortable eventually becomes weak, a mind that’s too comfortable eventually becomes foolish, an existence that’s too comfortable eventually becomes devoid of meaning, and a society that’s too comfortable with its values, traditions and ideals is always on the brink of extinction. Why? Because stagnation is the enemy of life. It is no surprise then if political fashion designers Nöl Collective launched a full collection inspired by 60s Palestinian psychedelic rock band Al Bara3em. Think also of Cairokee in leather jackets and studs singing about freedom and dignity, Mashrou’ Leila in Krikor Jabotian dissolving the boundaries of identity, Tamino as the face of Missoni, Nour Hage dressing Sound of Metal star Riz Ahmed, Slutterhouse’s scandalous antics in black eyeliner on the dance floors of Paris and Stockholm Fashion Week, or the Wanton Bishops’ harmonica crooning for Roberto Cavalli. This is the space where sonic, visual, geographic and cultural boundaries are broken. And this is why our fight is righteous: behind every moral outrage, behind every mocking word, behind every censorship, behind every persecution, behind every cultural ban, behind every witch-hunt and vilification and behind every ridicule is the relentless force of life expanding and blooming and striding one step closer to perfection. This is simply not an option. This is a matter of vital necessity. 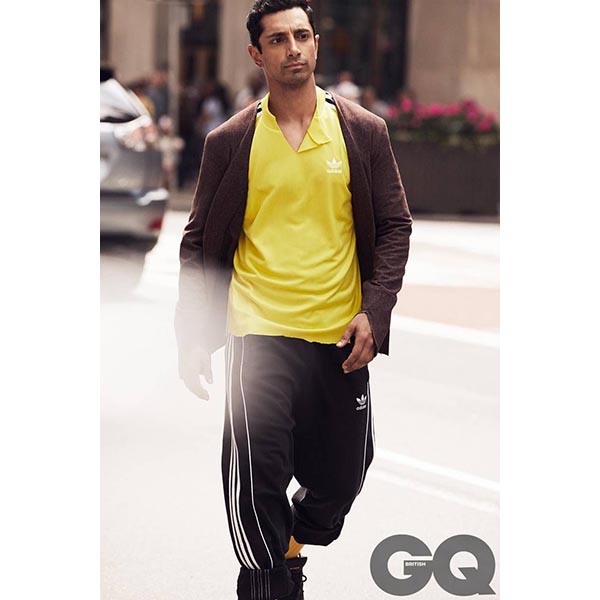 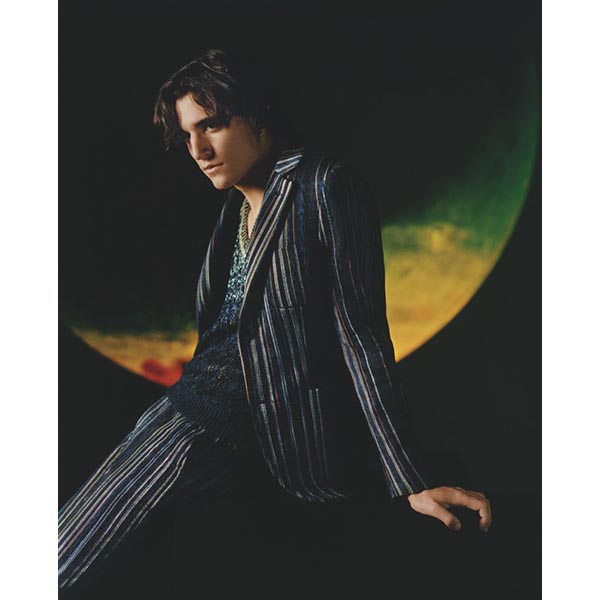 Rock n’ roll was first declared dead in the 1970s. And every other decade, we hear that fashion is over. Yet here we are. And we’re not going anywhere. Because loudness is beautiful and beauty is loud.

About the Author: Rabih Salloum