Pump Up the Volume

In a post-pandemic era, the new key word in the fashion industry seems to be “Oversized”.

The more coated among us know it better than anyone, having heard the same advice all their life, whether from their mother, their best friend or the salesperson in a hurry to record her commission: “the closer the clothes to your body, the slimmer you look.” Obligatory slimming becomes the sign of a tamed body, discipline, self-control, and effortless elegance. A flat tummy was a sign of happiness. Happy or not, you were on the safe side of desire, advertising, the market, and its prescriptions.

From Yves Saint-Laurent to Karl Lagerfeld, we’ve come to understand that the dictatorship of thinness was established in order to flatter clothing before the woman who wears it. Couture is precision, accuracy, the art of “flawlessness,” the science of “drape”. In the great days of the anorexic mannequin, we spoke of “hanger-women”. How would you pin loose bodies, vertical with horizontal? This question is rhetorical. Technically, the problem never existed. But since the beginning of the 20th Century, couture has refused to rub shoulders with reality, reserving itself for the realm of dreams, only dressing idealized bodies. 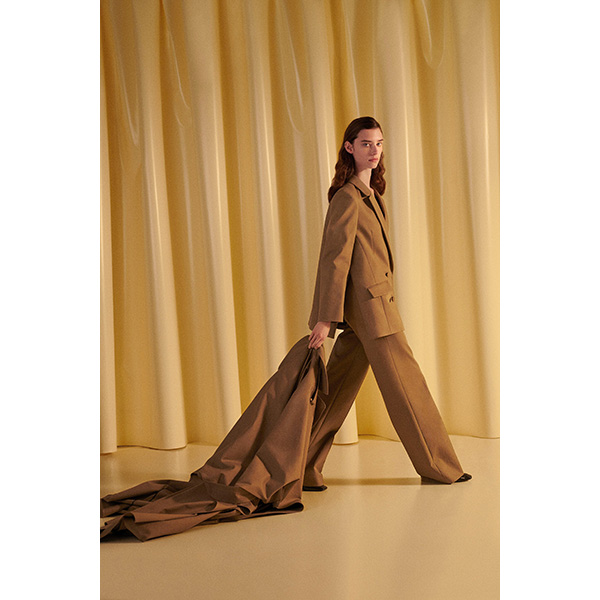 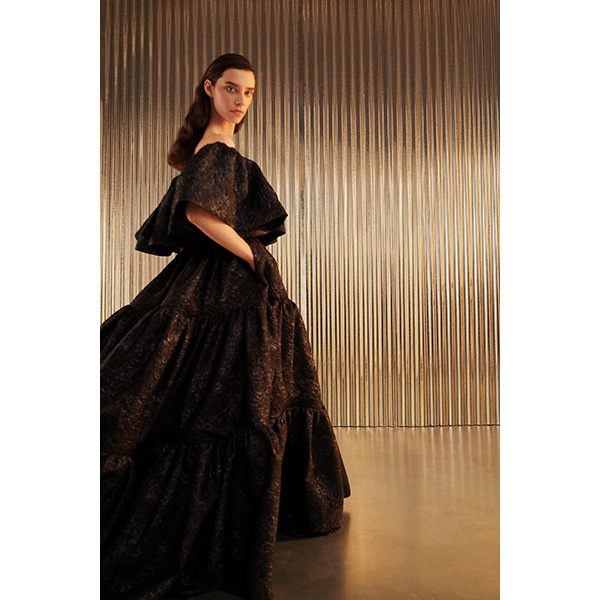 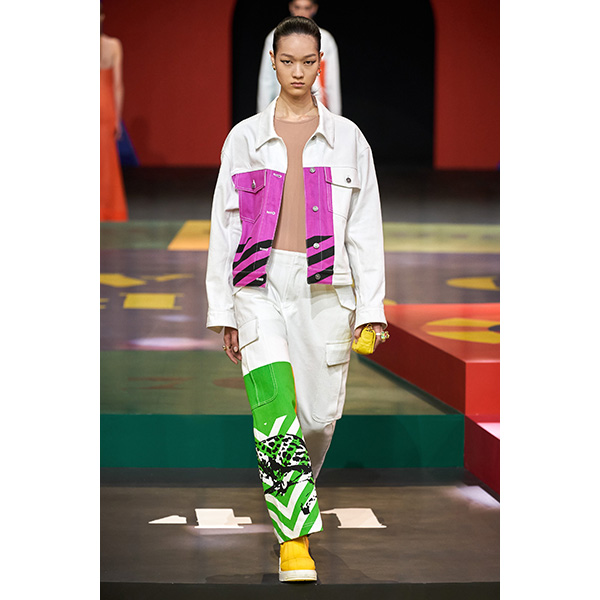 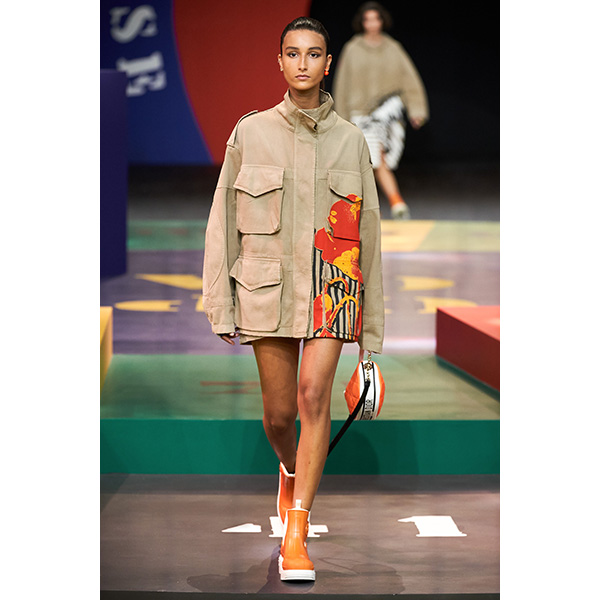 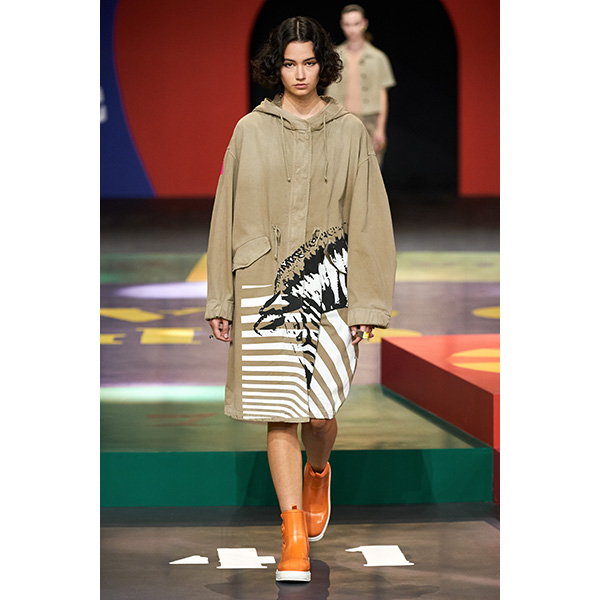 From life to existence

Suddenly, a fierce virus came to make waves in fashion’s green smoothie oasis. A mysterious illness challenged all of our efforts to stay fit and prolong our existence. It cut us off from the mirror gaze of others. It paused every opportunity we had to show ourselves to the world. It forced us to lock ourselves in for protection, invited us to hang out between the couch to the bed, from the teleconferencing table to the fridge, and the less disciplined among us let fat triumph over muscle. The pandemic, when it did not make us ill, made us fat. To live, we had to give up existing – to paraphrase M. in the last scene of the new James Bond film: “The proper function of man is to live, not to exist. I shall not waste my days in trying to prolong them. I shall use my time.”

Speaking of James Bond, here is Léa Seydoux at the premiere of No Time to Die, in London. She wears a long Louis Vuitton dress, caryatid pleated, Empire waist, with a cape. Exquisite, isn’t it? But there is something new about this silhouette, something you weren’t used to seeing: to the Empire line, under the breasts, is added a belt at the waist. Between the two appears a tender cushion, a small belly that evokes a slight surplus of flesh that Nicolas Ghesquière has chosen to emphasize, instead of erasing. This small volume discreetly announced the coming revolution. 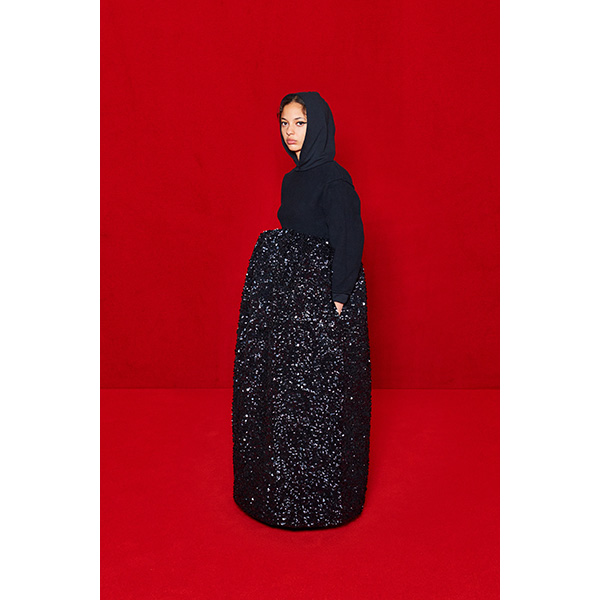 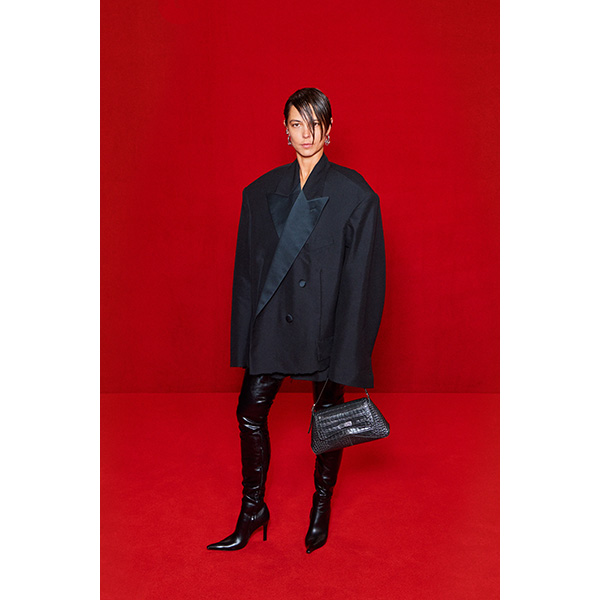 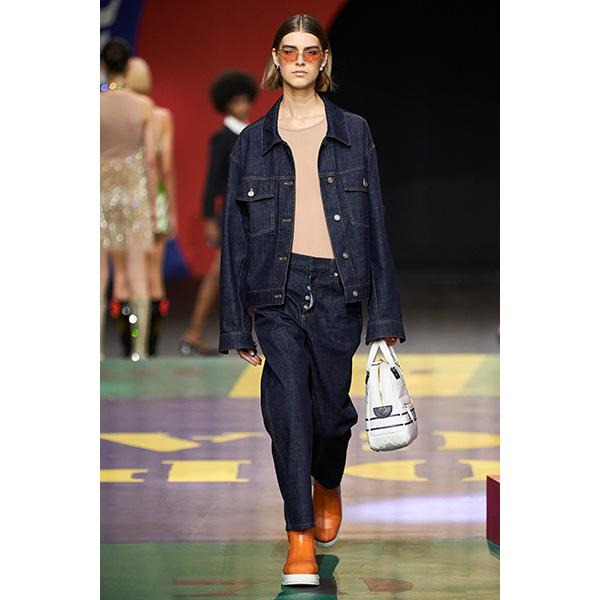 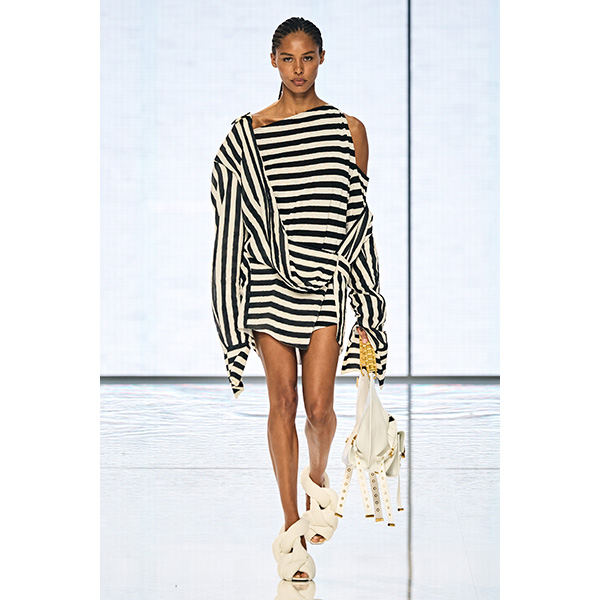 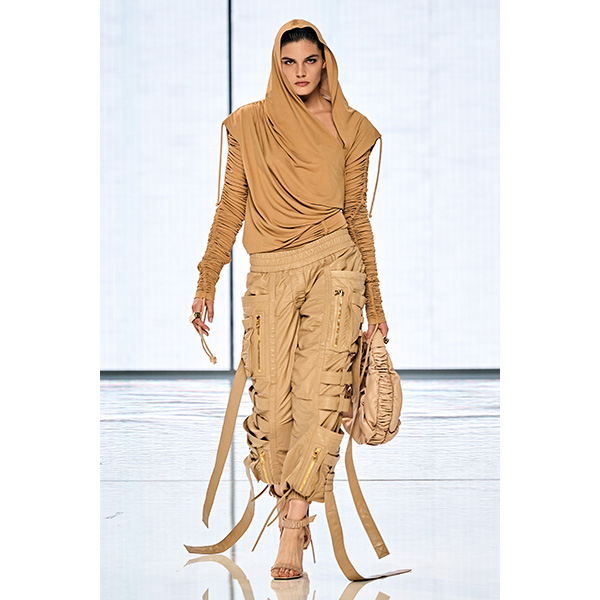 Here we are! It all started with Balenciaga‘s Spring-Summer 2022 collection. On a red carpet that climbed to the walls appeared grandiose dresses. There has never before been such a riot of lace and fabric. Creations so imposing that they seemed to have a life of their own, independent of those who wore them. Even the barrel skirts looked like they had legs. The jackets, oversized, worn over leggings, looked as if a gallant bodybuilder of a boyfriend had thrown them on the shoulders of the model on her way to the show.

At Christian Dior, denim was available in XXL with jackets of unusual dimensions, parkas with oversized sleeves, oversized pants ready to fall from the hips. At Balmain, Olivier Rousteing opened his parade on a barge with the singer Yseult, whose shoulders he had oversized with a cape held by rigid epaulets, marking the opulent silhouette with a short draped dress, tight at the waist. And at Maison Rabih Kayrouz, we discovered pantsuits that recalled the pink ensemble of Christine and the Queens in the video clip for Paradis Perdus, where we saw the legs and sleeves stretching along with the song. Kayrouz also presented palazzo-cut jeans that dragged on the floor and tops cut out of cumulus clouds of lace.

The pandemic has provoked a contagious desire for volumes which only a new need for visibility can explain. Now that you can finally come out, you don’t want to go unnoticed. Volumes contribute to “social distancing” through barriers of fabric erected between oneself and the other. Finally, it’s a way to add a little of yourself to yourself when you’ve been deprived of company for too long. All this analysis leads to the same place, but on arrival, the result is a radical change in the conception of the silhouette. The twig fades; hail to the monumental woman! The times of fragility are over, at least for the moment.