A Point on the Mesh: the Sweater Is Back!

Sweaters are trendy again, and how can we not link this phenomenon to the confinement imposed by the pandemic?

Sweaters are raging as the main trend in the fall-winter 2021-22 collections. Pulse explores why this garment, that does not necessarily showcase our physical assets, has made a comeback. The sweater is above all about warmth, comfort, and solace.

How do you talk about a sweater without first thinking of the infamous “Ugly Christmas Sweater”? This sweater is most often knitted by grandmothers, adorned with patterns, colors, and a plethora of pompoms. A kitsch, and quite shameful gift that everyone has inevitably found under the tree, few of us ever dare to wear it. It was brought back into fashion in the 1980s by Bill Cosby on The Cosby Show and that should tell you all you need to know. It’s a bizarre thing. Showing it off in public meant daring to be out of date, thumbing one’s nose at bourgeois chic, and letting love and humor triumph at the expense of elegance.

Two needles, a few balls, and a lot of love

The knitted sweater, unlike its sewn relative, is par excellence the homemade piece of clothing. With two needles, a few balls of yarn, basic know-how, and a lot of time to spare, knitting is an activity for retirees who refuse to indulge in idleness. In recent years, it has also been something that has accompanied the trend of cocooning and the rise of the hygge, a happy return to the cozy authenticity of far northern winters: minimalist decor, natural materials, organic tenderness. All very Scandinavian. All very cool.

How many knitting workshops have we seen popping up all over our cities? They made it possible to create communities of knitters who have come out of their urban solitude, shared techniques, and created charitable objects, ranging from hats intended for people undergoing chemotherapy to the military’s Christmas sweater, to the inner shell of the helmets of an army. While quite a few have survived, most of these workshops closed, one after another, their very existence testament to a fad that, thankfully, died out.

In the Middle Ages, chainmail, made from links of metal tied together with leather, was the basis of armor. Long and supple, it protected the warriors from the showers of arrows that used to fall on them and from the blows of their enemies. The knitted sweater is undoubtedly the heir to this tradition through its protective nature, though this protection is more emotional and is always linked to the tranquility of the home and motherly love.

Speaking of knitting, how can we not mention the phenomenon of Yarn Bombing, an important part of contemporary art, which consists of dressing any element of a landscape in knitted fiber? This form of graffiti invests both trees and street furniture. The trend of wrapping familiar objects in wool is not new, but the Yarn Bombing movement was revived in 2005 by Magda Sayeg, owner of a woolen shop in Houston. Sayeg had covered the doorknob of her shop in a nice knitted hat… and in so doing released the shackles on knitters of all stripes, who felt empowered to transform familiar landscapes.

Shortly after, in 2009, the collective “Knit the City” was formed in London. Attracted by this unusual form of graffiti, Knit the City savagely entwined many public places and monuments with knitted patterns and materials, including a telephone booth in Parliament Square. Closer to home, how can we forget the knitted mittens that Senator Bernie Sanders wore at the inauguration of US President Joe Biden? The image struck audiences so much that a crochet fan, Tobey King, made a small crochet Bernie figurine, raising a wave of tenderness for this quirky mascot.

Unraveling, quite a symbol

The sweater is back, and how can we not link this phenomenon to the confinement imposed by the pandemic? Forced to work from home, we resort to these comfortable and enveloping clothes that escape the usual corporate power dressing many of us were stuck in. The sweater denounces our vulnerability. It is also a witness to our derisory efforts, as individuals, to counter climate change. At home, many of us keep the room temperature at 19 ° C and wear sweaters to stay warm and avoid contributing to the greenhouse effect. A sign of the times, however, this year the sweaters of the great designers are moth-eaten, and strangely frayed as if collected from scraps. We forcibly clung to jeans ripped at the knees, first because of the erotic effect produced by openings that gave a glimpse of the skin, drawing the eye to the intimate space. Secondly, because worn-out jeans just might have revealed the adventurous, scarred side of a survivor of life’s assaults.

A frayed sweater, worn without nothing else, produces the same effect. But there is something more to it: if a pull-over warms us up, an undone sweater loses the function it was meant for. This is undoubtedly the vision of Olivier Rousteing for Balmain. By tearing the sweaters in his new collection, he creates the metaphor of global warming and announces the inevitable unraveling of the planet. 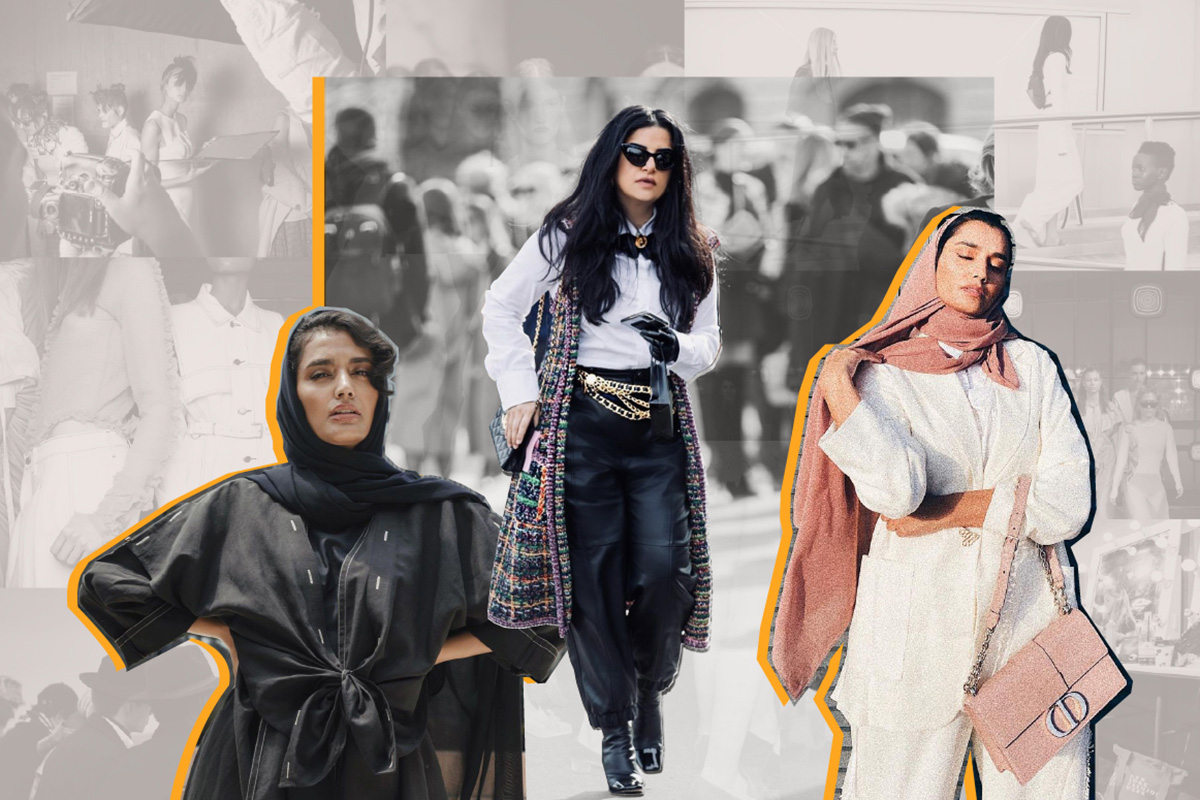 Is Street Style About to Chill Out? 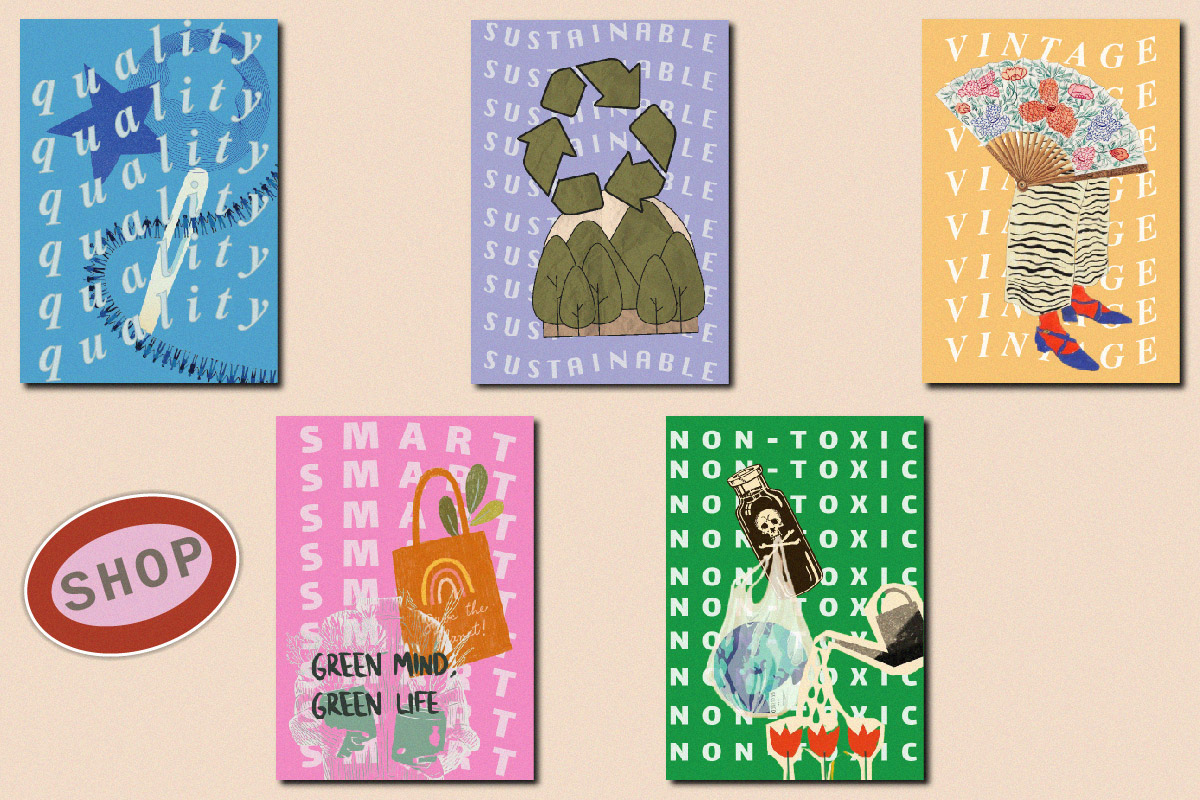 The 5 Commandments of Conscious Shopping