On the Afghan Silk Road, With Zarif

Zolaykha Sherzad helped in rebuilding Afghan culture with an NGO, School of Hope, and a fashion brand, Zarif Design.

Lying at the crossroads of ancient trade routes, where great civilizations met is a country blessed with fabulous landscapes and incredible natural resources. This country, long ravaged by war and rocked by tragic events, is Afghanistan. It enjoys a refined diaspora that carries centuries of culture and know-how in its DNA and refuses to see their country reduced to the negative image that the news now portrays.

Born in Kabul, Zolaykha Sherzad fled Afghanistan with her family when she was 11 years old. In Switzerland, where her parents held the status of political refugees, she graduated from the School of Architecture in Lausanne in 1994 and moved to New York in 1995. Attached to her roots, in 2000, she founded the NGO School of Hope dedicated to education in Afghanistan. In 2005, she returned to Kabul with a well thought-out project to help rebuild Afghan culture and society and restore pride to her compatriots. Zarif Design was born “Zarif” as elegant and graceful as it is in the Dari language: a workshop whose participants were 60% women.

Working as weavers, embroiderers, tailors, they form the most vulnerable category of society. The company combines traditional know-how to create ethical, authentic, slow, and conscientious fashion. It helps disadvantaged artisans to improve their economic situation, and above all, it reconnects Afghanistan with the rest of the world.

The Tchapane
In a stunning film produced for Zarif by Barmak Akram, and in collaboration with the Ethical Fashion Initiative, shown in March 2021 on the occasion of International Women’s Day, Zolaykha Sherzad relates a part of her story, “My name is Zolaykha. I returned to Afghanistan in 2005 with the idea of working with artisans, and that’s how Zarif Design was born. At the start of the project, there was the desire to resurrect artisanal know-how, the art of silk weaving, natural materials, vegetable dyeing, embroidery, all this culture that represents the Afghanistan that I knew as a child and which was disappearing. Zarif, in Persian, means “refined, delicate,” and the elegance of the gesture and the spirit define for me the Afghan culture and craftsmanship. It is this image of beauty that I wanted to convey through the creation of the studio.

“From the start, it was also a social and human project. The creation of a garment makes it possible to forge links between people, provinces and cultures, between Kabul, Paris, and New York, where an international clientele wears clothes made in Afghanistan. Each piece is unique, locally made, entirely by hand, with meticulous care, like a poem. Each piece that comes out of the studio tells a story of talented men and women who have regained their dignity by rediscovering their strength, their identity passionately invested in creation. They shape the future with a new vision that changes established dress codes by drawing on the past. The Tchapane, traditionally a men’s coat, changes status by dressing both genders. The cotton turban is turned into a shirt. Calligraphy frees itself from the paper. The clothes made by Zarif become carriers of freedom, celebrate beauty, friendship, and peace,” says Sherzad.

“A piece of Afghan history”
The label was quickly noticed by the Parisian designer Agnès b., who welcomed the Zarif 2009 collection into its Parisian boutiques. The same year, the brand also participated in the Venice Biennale. Agnès b. would showcase Zarif collections in London in 2010 and New York in 2011. At the crossroads of fashion and art, Zarif produced the costumes for the show “Thousand Nights” in Toronto in 2011, and Shakespeare’s “The Comedy of Errors” at the Globe Theater in London in 2012. The brand even found its place at Documenta 13 in Kassel in 2012. 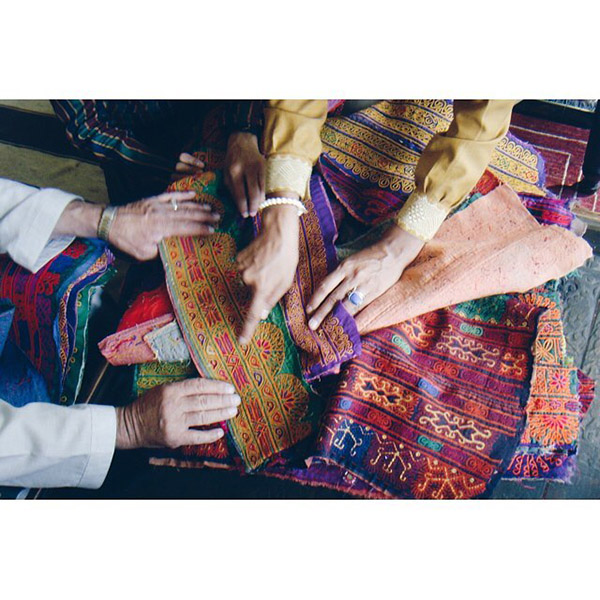 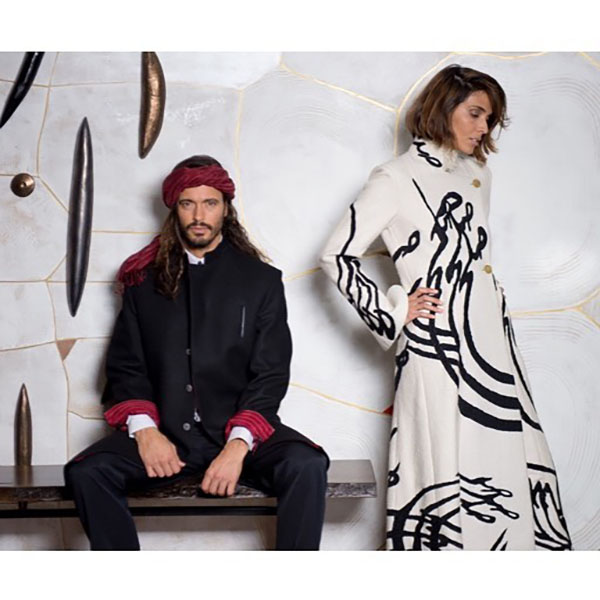 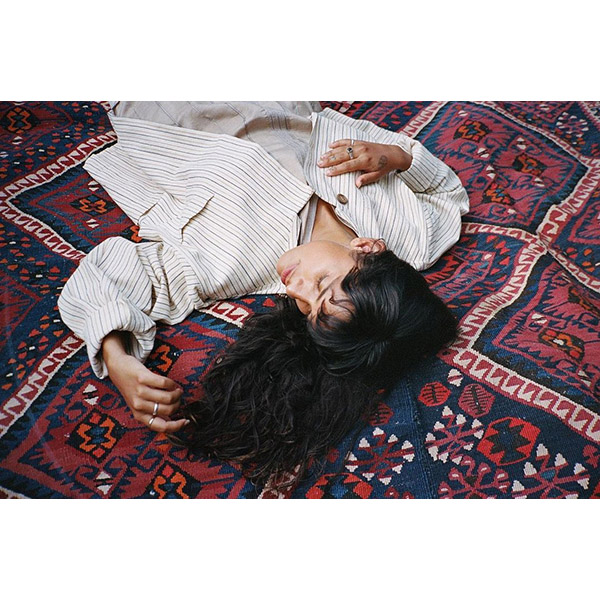 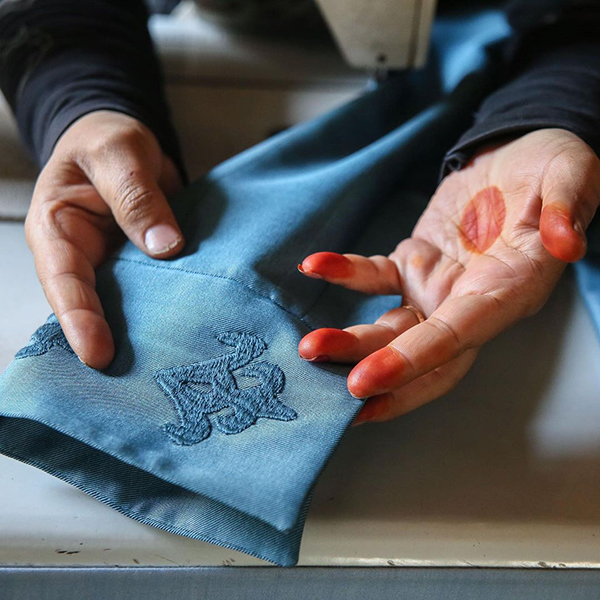 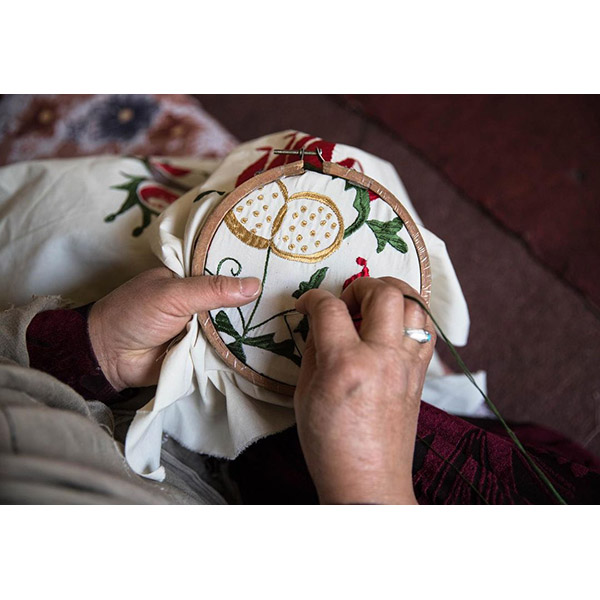 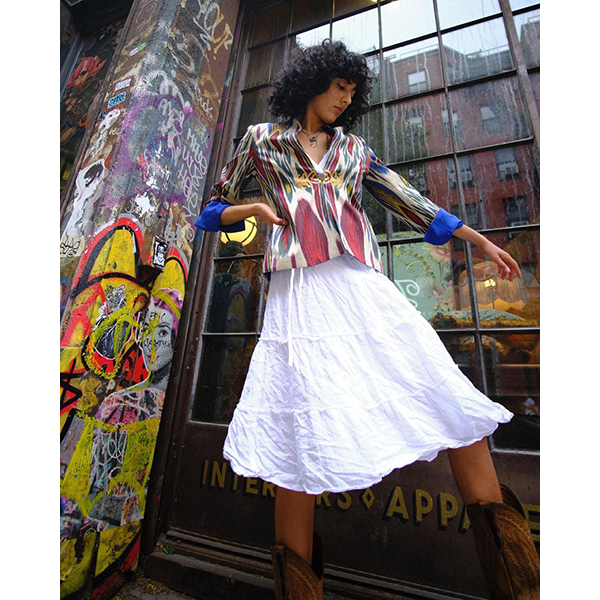 Woven with emotion, the pieces created by Zarif exude a certain aura that inspired artist and performer Marina Abramovic to say in a message to Zolaykha: “When I wear a Zarif coat, I feel safe and at home. There is something very special about the mix of fabrics, wool, and the traditional finely printed fabric. When you wear Zarif, you are not only wearing a coat, but also a piece of Afghan history: the struggle, the pain, but also the strength to survive. “