On the occasion of Maison Balenciaga’s first Haute-Couture show in 53 years, FTA-Pulse asked the young Lebanese fashion designer to dive into the universe of the Spanish maestro.

“Cristobal Balenciaga is our master.” Krikor Jabotian, 2019 FTA Prize Winner in the Evening Wear Category, made Christian Dior’s statement his own very early on, maybe even before his first year at ESMOD-Beirut. The always daring Lebanese designer is a die-hard fan of the Spanish maestro, fashion designer, painter and visionary. “The only couturier in the true meaning of the word; the others are simply fashion designers,” according to Mademoiselle Chanel herself.

The founder of Maison Krikor Jabotian is a fiery artist, with a maximalist approach to life: “A seeker of perfection who rarely achieves it, but who keeps on trying, because what matters is the labor and the love you put in your work,” says the young Arab fashion designer. Why Balenciaga? “The construction and cuts that go into his creations are highly complex, but the outcome appears as effortless as it is immaculate.”

It’s been 53 years since Maison Balenciaga has done a Haute-Couture fashion show. July 7, 2021, will be a date to remember, not only because the much anticipated event will mark the debut of the creative director Demna Gvasalia in Haute-Couture, but also because it will take place in a fully restored version of Cristobal Balenciaga’s couture salon.

On this occasion, Pulse threw Krikor Jabotian off-guard, asking him to put himself in Gvasalia’s shoes. How would he do it if he were the creative director of Maison Balenciaga? How would this Paris show be staged if he were to use his magic wand? Also, what would the next Balenciaga collection look like, if designed by Jabotian? 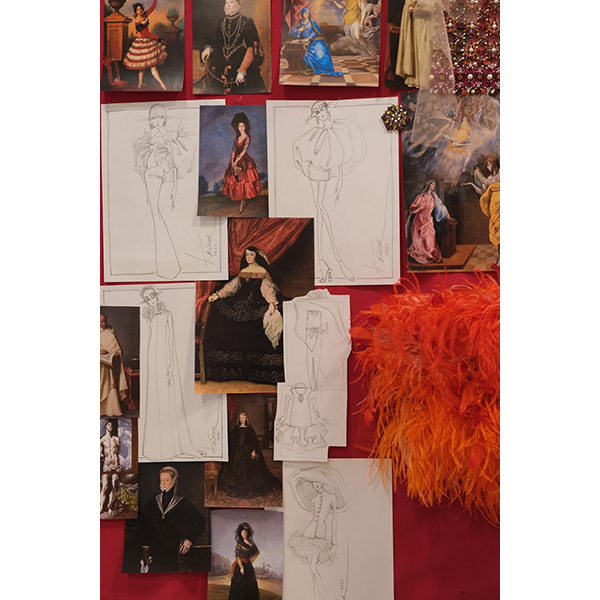 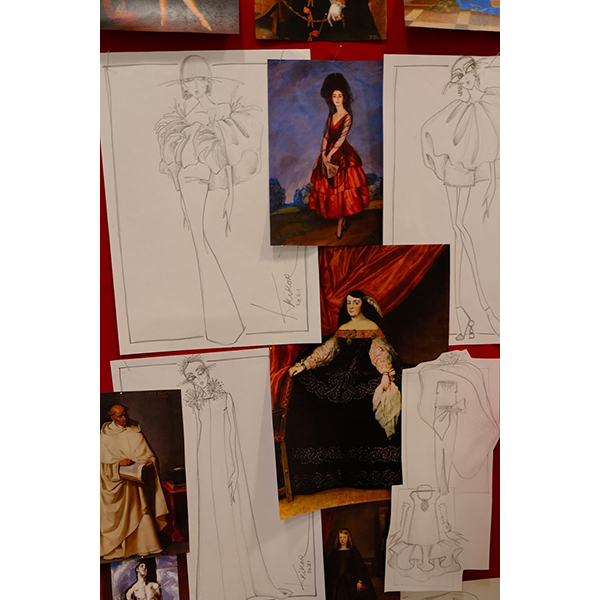 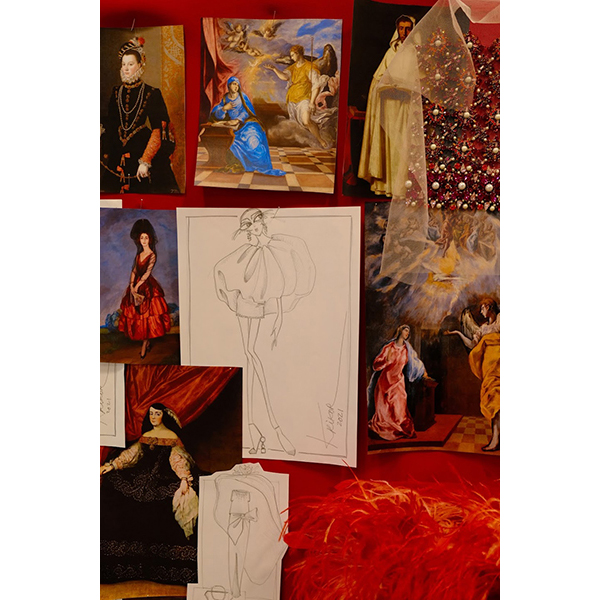 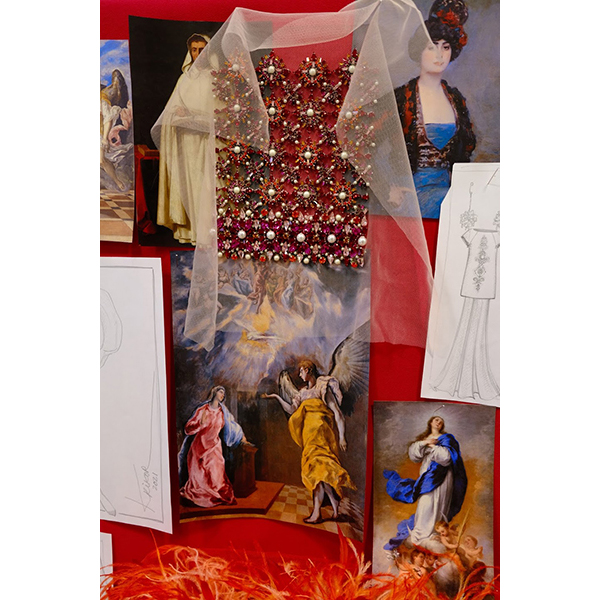 THE LOCATION
“The show would take place in Tatev monastery. It’s a 9th-century Armenian apostolic monastery located on a large basalt plateau near the village of Tatev in the province of Syunik (Southeastern Armenia). The magical atmosphere of this sacred place would be breathtaking.”

THE MODELS
“I would choose to work with models who are not famous, much like the ones who walked for Balenciaga himself. The type of models who wear the clothes with confidence, but have faces that are not well known. Monsieur Balenciaga never cared for looks, but for proportions.”

THE MUSIC
“The soundtrack of the show would start with Bolero by Maurice Ravel, and progress into a mix, a sound illustration, fusing Piazzolla’s piano and electric guitar, along with Omar Khurshid’s tunes. The latter is the one who introduced the electric guitar to Um Kulthum’s orchestra. The show will ideally end with sufi flamenco melodies by Sheikh Ahmad Al-Tuni and Tomatito.”

THE COLLECTION
When asked to imagine the next Balenciaga collection, Krikor Jabotian vanished for several days, and went diving into Cristobal Balenciaga’s world, mixing DNAs, and blending his dreams with the maestro’s vision and fantasies. The mood boards say it all: “It’s all about sleek lines and billowing voluminous silhouettes, whimsical silhouettes and ruffles that reflect the Spanish dance culture. It’s also about subtle embellishments, stripped down to minimalist patterns, with large scale playful accessories,” explains Jabotian. 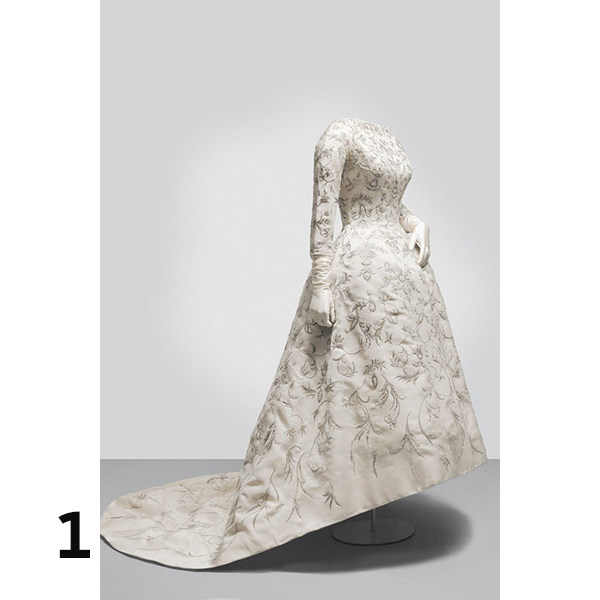 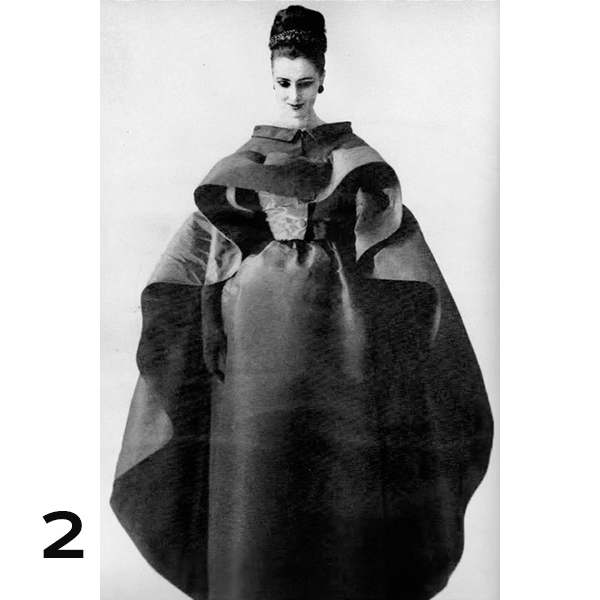 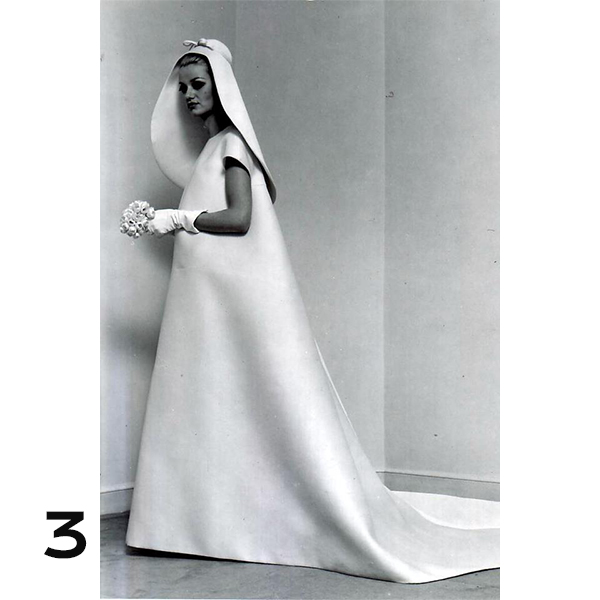 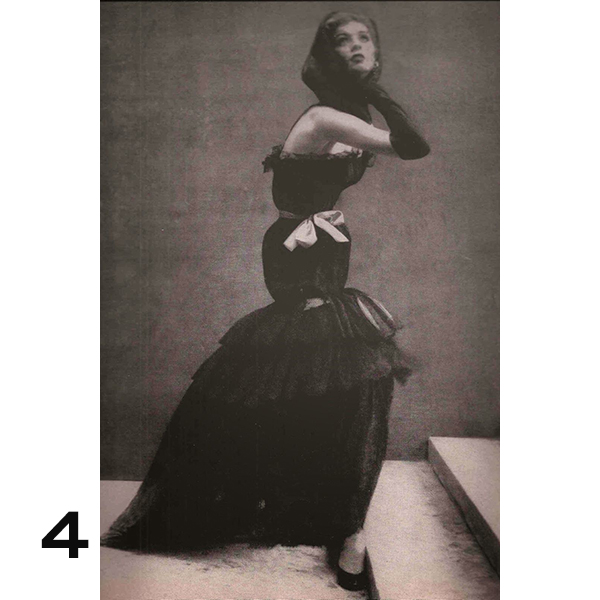 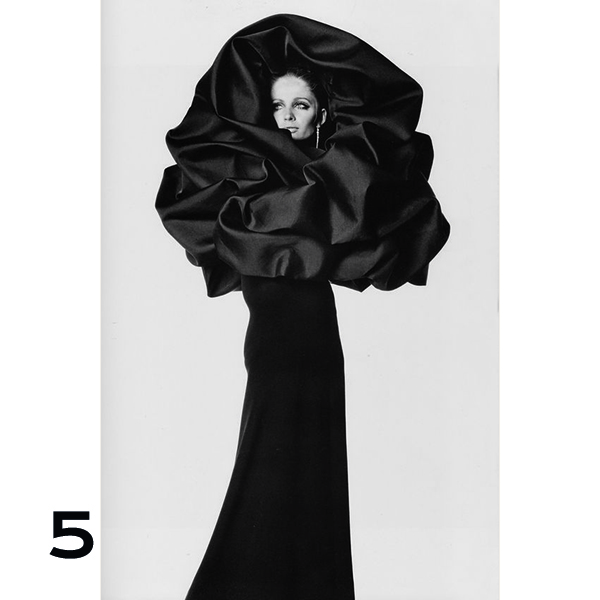 Number 1: “Sonsoliz Diez de Rivera in her wedding dress in 1957. Often taking inspiration from imagery of the Madonna and the extraordinary traditional garments worn during Holy Week processions in Spain, Balenciaga drew on elements characteristic of the Catholic Church, and expressed here through embroidery and motifs.”

Number 2: “A black cape worn over a dress modeled by Maggi Eckardt and photographed by Tom Kublin for Harper’s Bazaar, in November 1961. This is an outfit that is the pinnacle of mid-century modernist fashion, while undoubtedly recalling outfits from Vejer de la Frontera, during the Moorish rule of Andalusia that ended in 1492.

Black remained present and key to Balenciaga’s work, for both its personal resonance and ability to accentuate silhouettes. In every one of his 93 collections, there would always be one black dress, entirely made by the designer himself.”

Number 3: “A sculptural one-seamed monastic wedding dress that again captures perfectly well the work and the spirit of Balenciaga. Like Picasso, Balenciaga began working in Spain and perfected his practice in France. The influence of the Catholic Church on the Spanish psyche, along with its culture and art, run through the work of Balenciaga, and is brought to life with French Haute-Couture refinement. Here, a connection can be seen with the portrait of philosopher and ecclesiastic Francisco Zumel by painter Francisco de Zurbarán.”

Number 4: “A gown that belonged to Claudia Heard de Osborne, who was one of the greatest Balenciaga collectors and a very close friend of the designer, modeled by Suzy Parker and photographed by Richard Avedon for Harper’s Bazaar in 1950.

Much like the painter Goya, who depicted lace and ribbon bows with true Spanish dignity – never in a frilly way –, Balenciaga was drawn to the abundance of inspiring elements in Spanish dance culture, such as ruffles, peacock trains (also called La Bata de Cola) and other key features of Flamenco dresses.”

And finally, number 5: “The iconic Rose dress worn by Sue Murray in 1967. It is the testament to the technical excellence Balenciaga possessed. Balenciaga, who forwent common types of fashion techniques, at a time when almost all designers utilized crinoline, canvas, bonings, hoops, etc., would favor emphasizing the beauty of the fabric and manipulating it to obtain the very best effect.”