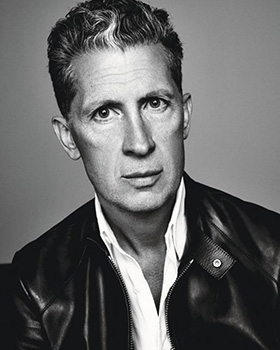 Stefano Tonchi was the Editor in Chief of W from 2010 to 2019. Under his direction, W has garnered numerous awards, from being named Hottest Fashion Magazine by Adweek to receiving several Webby nods and more than 20 medals from the Society of Publication Designers, to winning the 2018 National Magazine Award for Photography.

Stefano oversaw the publication of W: Stories, a behind-the-scenes look at some of the most memorable fashion portfolios from the past decade, and W: The First 40 Years, a photographic celebration of the magazine’s 40th anniversary.

Prior to W, Mr. Tonchi was the Creator and Editor in Chief of T: The New York Times Style Magazine, which he introduced in 2004 after serving as Style Editor at the Sunday Times Magazine. In 2008, T was named Magazine of the Year by the Society of Publication Designers.

From 1998 to 2003, Mr. Tonchi was the Fashion Creative Director for Esquire. In 2001, Esquire earned the Magazine of the Year Award from the Society of Publication Designers, as well as National Magazine Award nominations for Photography and Design.