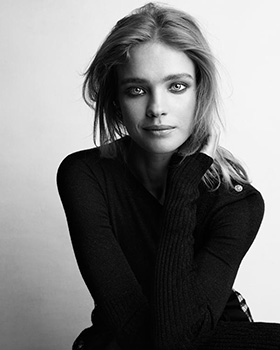 Natalia Vodianova is one of the world’s most successful supermodels and most influential celebrities in the global fashion scene.

She's appeared in more than 400 runway shows, 71 times cover of Vogue, as well as Vanity Fair, i-D, Marie Claire, GQ, Elle, Glamour and Harper’s Bazaar, to name a few. She has had starring roles in advertising campaigns for Guerlain, Givenchy, Prada, Calvin Klein, Louis Vuitton, Chanel, Gucci, Nina Ricci, Versace, Yves Saint Laurent, L’Oréal, David Yurman, Marc Jacobs, Stella McCartney, Diane von Fürstenberg, Hugo Boss, Miss Sixty, Stuart Weitzman, Etam and H&M. She has inspired some of the greatest fashion designers of all times, and she has been the muse of the most prominent fashion photographers in the world, including Paolo Roversi, Mario Testino, Peter Lindbergh, Mert and Marcus, Steven Meisel and many more.

While her supermodel career and fame kept growing, Natalia felt the potential of using her notoriety to support urgent causes around the world. As a global undisputed fashion icon, she made giving back her mission in life and became one of the most passionate social activists.