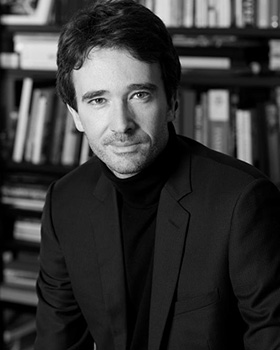 Antoine Arnault is a French businessman. He graduated from HEC Montreal and holds an MBA from INSEAD. He’s been CEO of Berluti, the Paris-based company specializing in upscale shoes, accessories and ready-to-wear for men, since 2012. Antoine Arnault is also Chairman of Loro Piana, the Italian label renowned for materials of the finest quality. Previously, he was Head of Communications at Louis Vuitton. Both Berluti and Loro Piana are part of the LVMH Group, of which Antoine has been a member of the board since 2006.

In 2011, he launched the “Journées Particulières,” which give the public free, behind-the-scenes access to parts of the LVMH Group. The fourth edition took place on October 12, 13 and 14, 2018, with LVMH inviting visitors to discover 56 maisons and 77 exceptional places on five continents.

In addition to his current roles, Antoine supervises all communication and image issues related to the LVMH Group, including all major events.