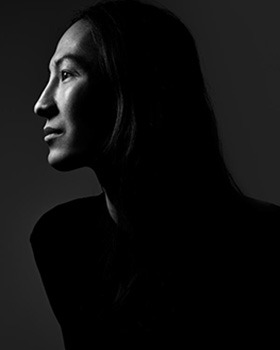 Alexander Wang was born and raised in San Francisco, California and later moved to New York City to attend Parsons School of Design. In 2005, after two years, he pursued the launch of his own label. The collection began predominately in knitwear, represented by six unisex silhouettes. In Spring 2007, it had evolved into a full women’s ready-to-wear line and the collection was shown for the first time on the runway in Fall 2007.

In its essence, the Alexander Wang brand’s sensibility is a reflection on contrasts, blending seamlessly between the refined and the imperfect. His collections have an unprecious outlook on fashion, and always reflect a sense of ease. He is renowned for his irreverent approach and for perpetually evolving and re-contextualizing the urban uniform.