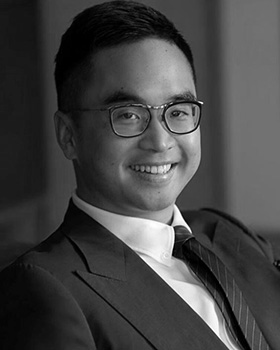 A visionary cultural entrepreneur behind a large-scale family business, Dr. Adrian Cheng is dedicated to constructing an ecosystem integrating business, art and culture.

Adrian created the K11 brand in 2008, a business concept intertwining art, culture and commerce and presenting it to global millennials through a collection of shopping malls, residences and workspaces. The brand has expanded to include K11 Musea, the sublime culture-retail global flagship of K11 in Hong Kong; K11 Art Malls, the culture-retail destinations across Greater China; K11 ATELIER, office buildings designed for the new culture of work-life integration; and K11 Artus, a luxury serviced residence.

Alongside his business interests, Adrian has been active in promoting art and cultural exchange and development. He founded the K11 Art Foundation (KAF) in 2010, the first non-profit and non-state-owned art foundation in Greater China that fosters cross-cultural art education and incubates up-and-coming Chinese artists and curators. KAF provides emerging artists with channels to gain greater public awareness, both in China and on the international stage. Adrian also created K11 Craft & Guild Foundation, a non-profit foundation with the aim to conserve and preserve Chinese traditional craftsmanship.

Adrian has also been serving in a number of prominent arts and cultural organizations. He is a board member of the Museum of Contemporary Art (MoCa), Los Angeles, and M+ Board of the West Kowloon Cultural District Authority, Hong Kong. He is also a board director of the National Museum of China Foundation; a director of the Central Academy of Fine Arts Museum (CAFAM) in Beijing; a trustee of the Royal Academy of Arts in the UK; a member of International Circle of Centre Pompidou in France and the Tate International Council in the UK, etc.  He was named the first global ambassador of the Council of Fashion Designers of America (CFDA) in 2019.

Adrian has been acknowledged by Fortune as one of 40 Under 40 global business stars, a Young Global Leader by the World Economic Forum in 2012 and was awarded Officer in the Order of Arts and Letters (Officier de L’Ordre des Arts et des Lettres) by the French Government in 2017, the youngest person in Hong Kong to receive such prestigious recognition of his role in the advancement of cultural exchange between France and China.