Dreams, inspirations, and the creative musings of our 2021 designer finalists

As part of our mission to highlight our 2021 prize finalists, we take you on a visual tour of their respective worlds, their sacred spaces and the muses from which they draw inspiration and embody both the essence and uniqueness of each of these designer’s brand aesthetics.

We were pleasantly surprised when Emirati jewelry category finalist and designer Alia bin Omair, chose her country the United Arab Emirates as her muse. Not because we don’t think the UAE is inspiring, far from it, but rather because she was the first finalist to chose a country instead of a person for this shoot. The Dubai-based native draws inspiration within the natural landscapes and heritage of the UAE, articulating her ideas through “self-launched” collections, workshops and collaborations. Alia describes her pieces as “distinctively raw in texture,” mainly since she has made it a point to utilize materials that hark back to folk culture and traditions. 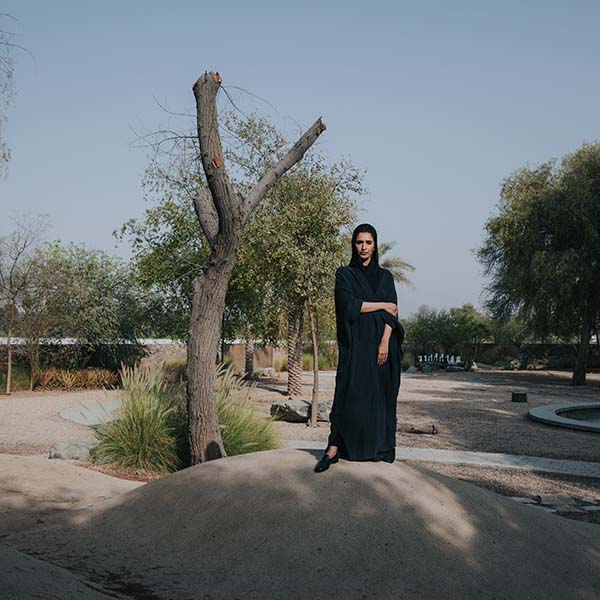 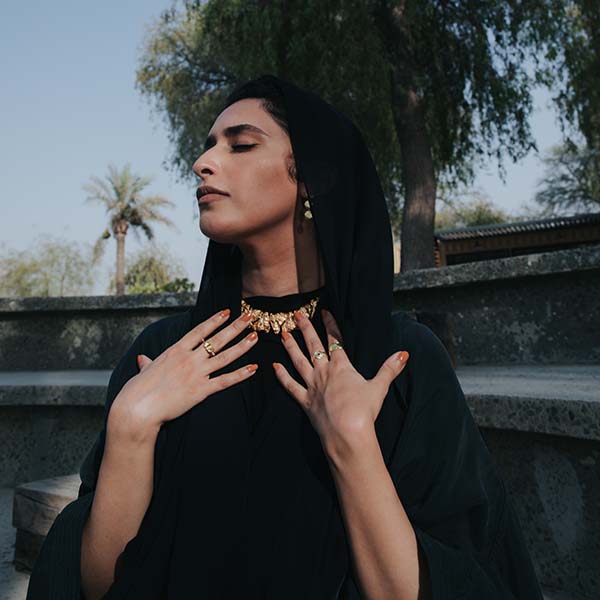 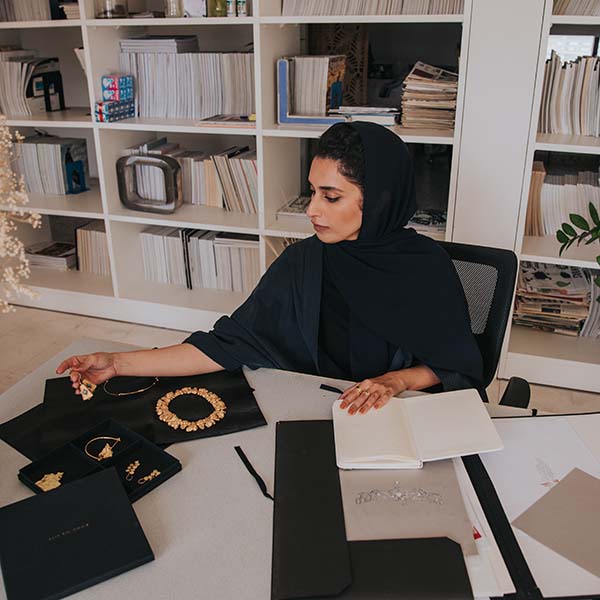 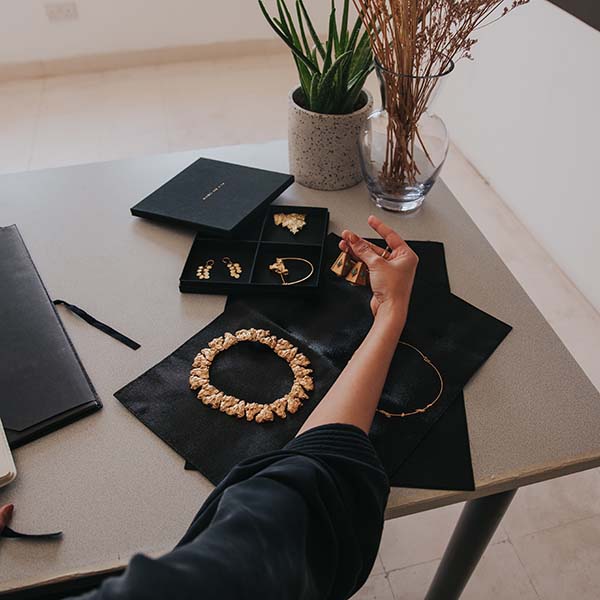 The designer’s storytelling approach to experimental design is refreshingly unconventional, with each piece narrating long-forgotten crafts from her country’s rich history such as her signature piece the Dhuhoori bangle, in which she worked with local artisans from Dibba Alhosn in the emirate of Fujairah. Through her application of natural and unconventional elements, Alia seeks to “redefine the boundaries of jewelry design,” and we’re all for it!

Julien Riad Sahyoun is also no stranger to storytelling. The Lebanese jewelry finalist who describes himself as a “creative and emotive storyteller” credits his passion and drive for creativity to his Moroccan upbringing, immersing himself into the country’s affluent artisanal traditions, craftsmanship and architectural heritage. Driven by a desire to “unite people” and “leave a positive footprint on the world” Julien resorted to his distinctive and unisex jewelry pieces as a form of self-expression. 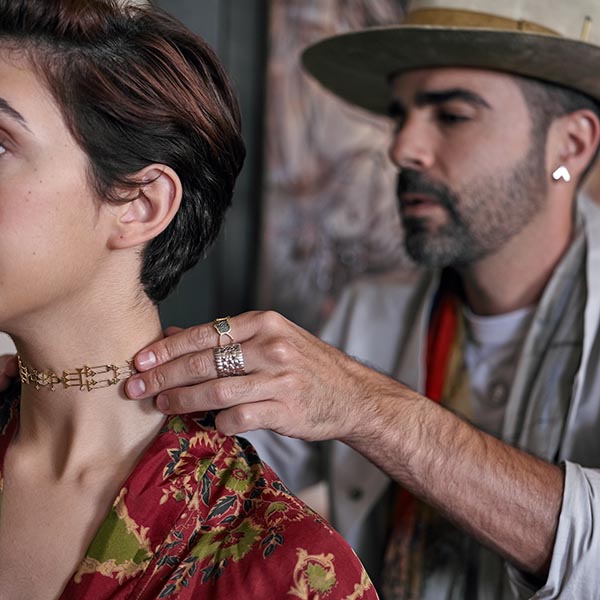 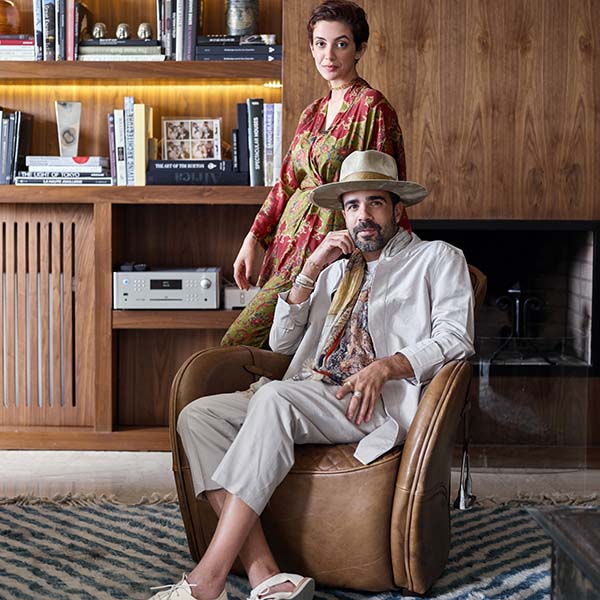 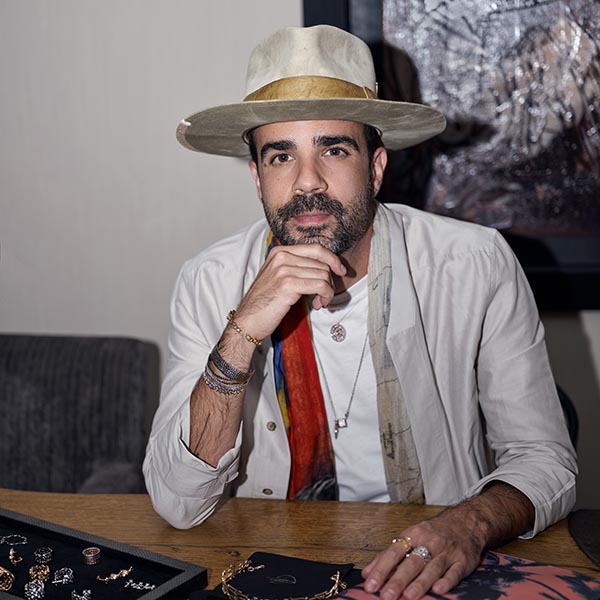 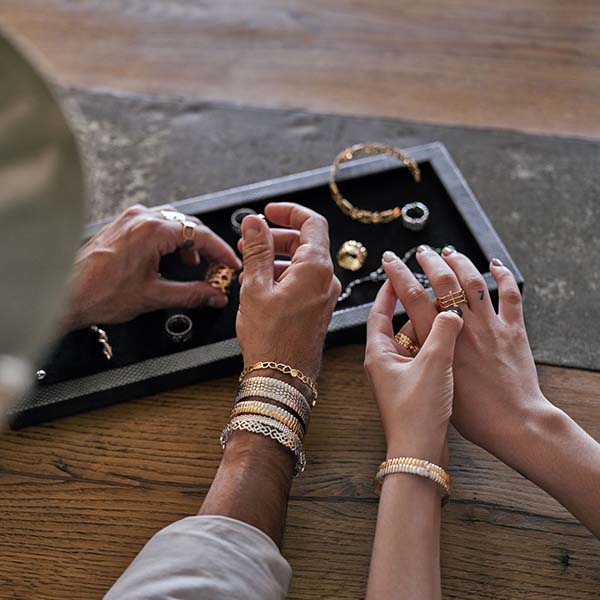 Accordingly, we thought his choice for a muse for this shoot; the up-and-coming Moroccan singer Asmae Charifi, was the perfect fit. He describes her music as a “mix of pop, rap and soul perfectly balanced in both English and Arabic.” But it was Asmae’s energy and partnership efforts alongside other Moroccan artists that really inspired the designer for his latest upcoming project launching soon. Julien is working on a new showroom concept in Casablanca where he plans to collaborate with a local artist every month to create a dynamic space in which people can discover both his collections and the work of other talents in the creative industry.

It all started in 2007 for Lebanese ready-to-wear designer and finalist Lama Jouni. Having moved to Paris to pursue her dream of becoming a designer and establishing her own eponymous label, Lama finally realized that dream in 2013 after a series of high-profile internships, when she launched her brand, described as “redefining the fundamental, effortless refined and meticulous present-day woman.” 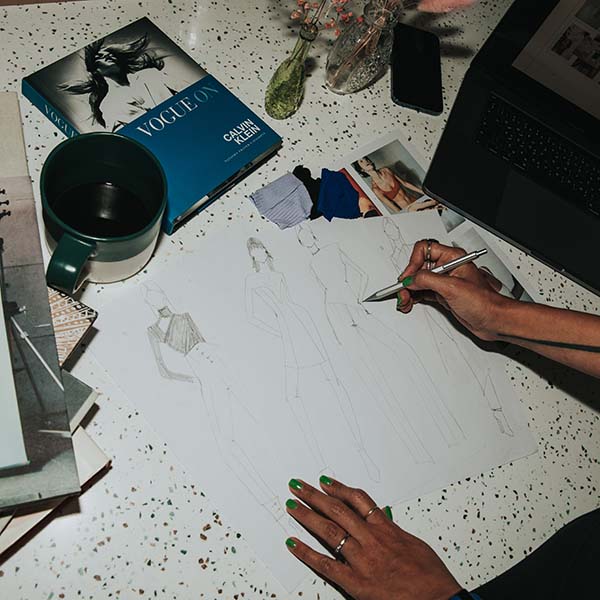 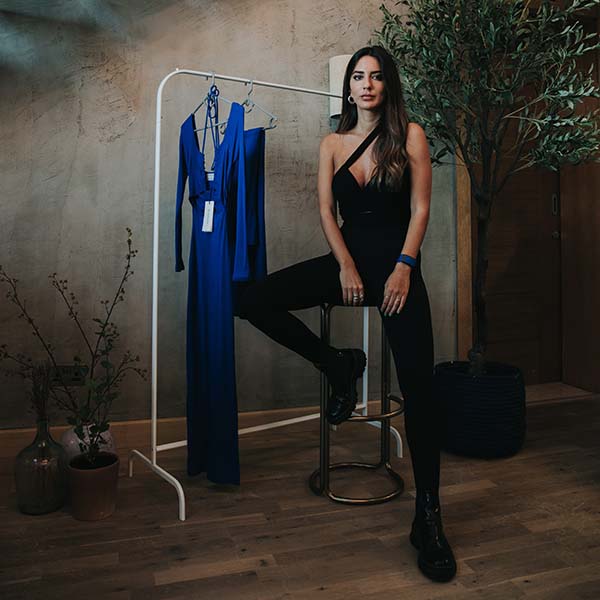 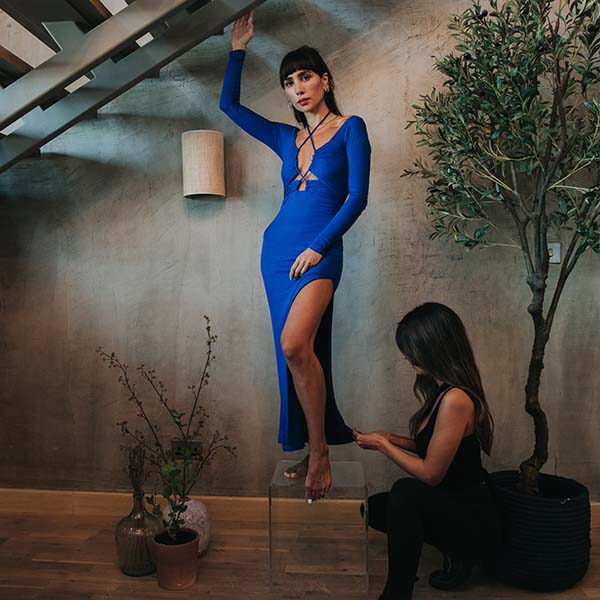 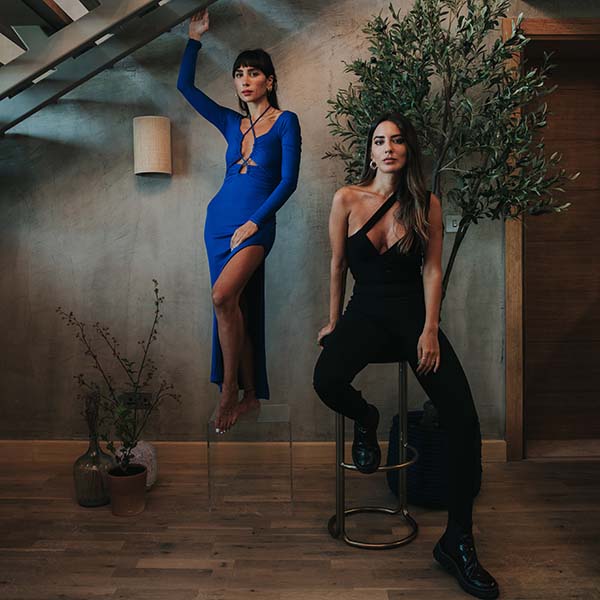 Throughout her journey into fashion, the designer constantly seeks inspiration from music, travel, art, and architecture, incorporating cultural references in her “minimal and feminine designs with an edge.” Thus her choice of Dana Hourani as her muse is only fitting, as the singer and visual artist “perfectly embodies my brand through more than just her strength and passion,” Lama explains. “I appreciate women who are authentic and true to themselves. Non-conforming women that follow their passion to create a vision that is true to what they believe in.”

Debut talent finalist Sudanese designer Abdelgader El Tayeb’s upbringing was a melange between two very different countries, having been born in Sudan but raised in France. As a result, he found himself grappling with his cultural identity. That set him off on a mission to redefine what “home” means to him, and so El Tayeb Nation was born. His designs are intent on reflecting and transmitting both the history and craftsmanship of his motherland into a cross between “couture and easy-to-wear.” “El Tayeb Nation is for me a manifesto that celebrates positivity, diversity, and inclusivity through fashion and beauty,” explains Abdelgader. 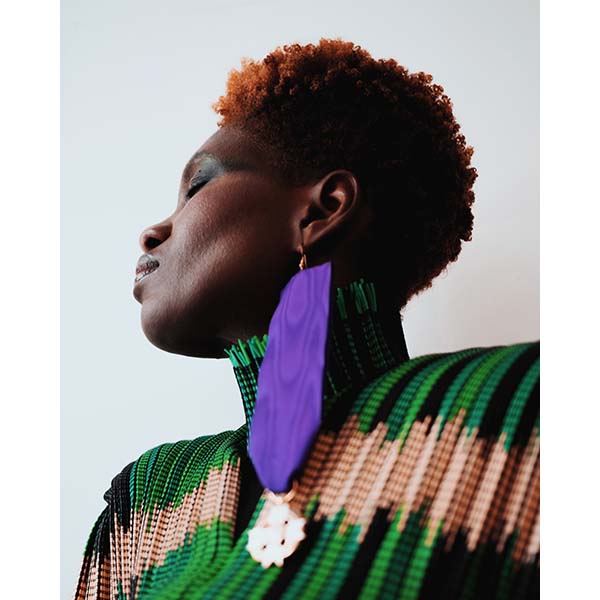 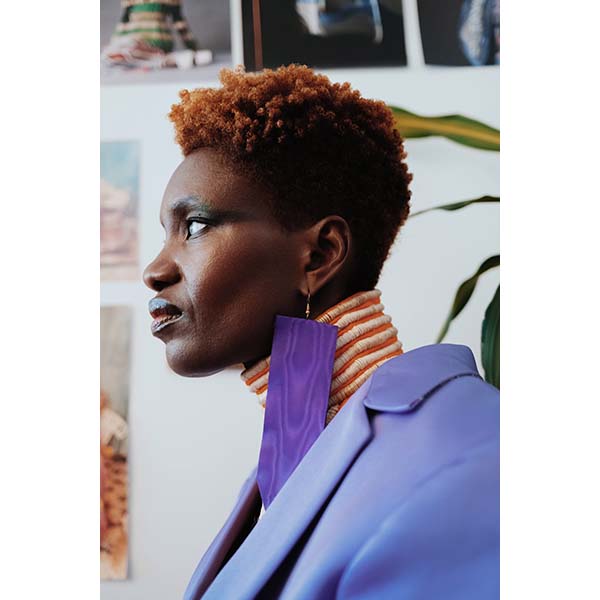 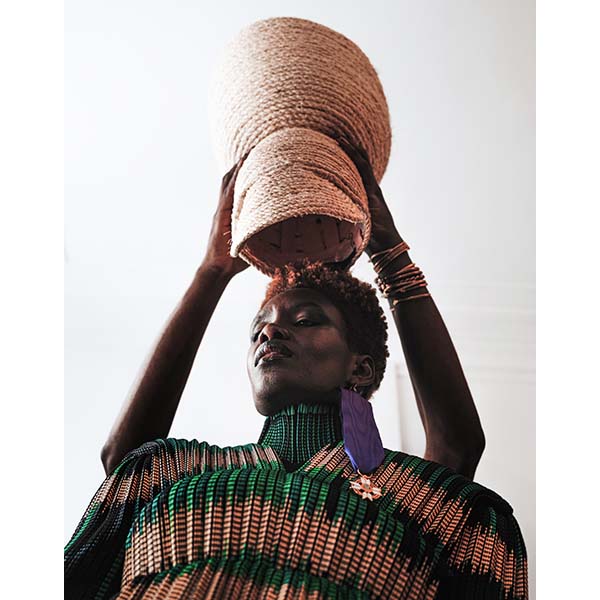 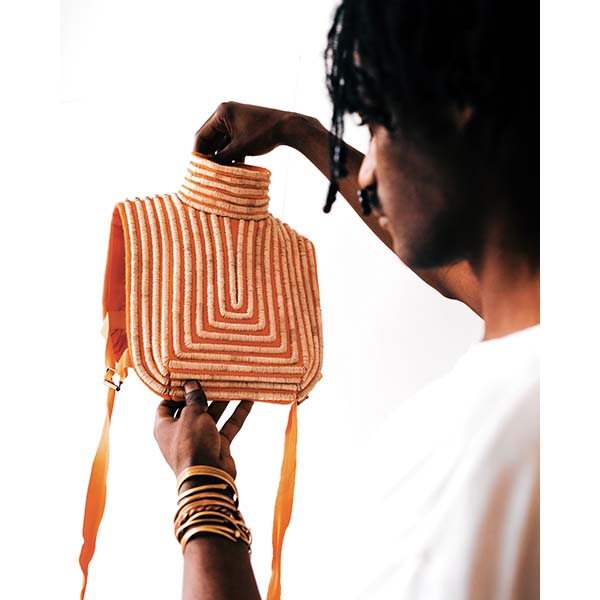 For this shoot, the designer chose his muse Rokhaya Diallo, a Franco-Senegalese journalist, author, columnist and director. He describes her as “a strong and beautiful woman who uses her voice to tackle societal issues regarding national identity, racism and feminism.” Her latest book “Ne reste pas à ta place” is “an inspiration for young black people to dream big and not feel limited by their background or the color of their skin. I’m thrilled to have Rokhaya Diallo as a muse because we both defend the same values.”

Our previous Into the World feature of FTA Prize 2021 Finalists:

About the Author: Dana Nassour Khairallah

Dana Nassour Khairallah has worked with many renowned brands and celebrities in the industry, paving the way for her current role as a global social media strategist and digital content creator. Some of the integrated campaigns she’s worked on with Leo Burnett have gone on to win the Canned Gold, John Caples NY in Gold and MENA Cristal Grand Prix. She’s also the writer behind one of the first lifestyle blogs in Lebanon, Ivy Says, founded in 2009, and was the host of her own hit radio show on NRJ “The Ivy Says Show.”