If Roses are Red, Is Pink Sweet?

The Young Guard of Arab couture has perfectly understood, integrated, and adopted the flashy message of shocking pink.

It is a shade so soft and attractive, yet also often carnal, that it has long been associated with childhood and women, a way of highlighting with a color the fragility of one and the sensuality of the other. A tone of the precious Phoenician purple in its palest gradation, the color pink was an attribute of wealth and glory during Antiquity. Homer, like Lucretius, associates it with the dawn and the beginnings. During the Renaissance, religious art put pink in the spotlight for representations of Jesus, the child king, not yet ready to endorse regal red.

The color of initiation
Painters develop the pink pigment from a mixture of earth and lime, each jealously guarding their own secret recipe. The shade is treated as the color of initiation, doomed to one day or another evolve towards the red. In 19th century England, men’s uniforms were red, boys’ uniforms were logically pink. And speaking of England, Lady D, at her wedding, was one of many young women referred to as an “English rose” due to their fair complexion, which underlined their shyness. She used to blush whenever she appeared in public.

On its sulfurous slope, pink, the star color of Rococo fashion in the 18th century, was taken over by Madame de Pompadour, mistress of King Louis XV. It had not escaped the marquise that associating her name with a color created for her would make her go down in history much more surely than the favors of the King or the Petit Trianon he built for her. As such, Pompadour Pink, a lickerish shade of strawberry cream, was made for her by the Sèvres porcelain factory.

The Schiap’ legend
We will have to wait for the industrial development of chemical pigments to find widespread and democratic use of pink in the twentieth century. Unsurprisingly, it is the mischievous Elsa Schiaparelli who turns her own shade of pink into an emblem. She, whose clothing creations are as whimsical as that of her competitor Coco Chanel are austere, wasn’t wrong when she said: “In difficult times, fashion is always outrageous.” Creating in the heart of the interwar period, she collaborated with Surrealist painters and poets to launch uninhibited fashion, full of humor and provocation. 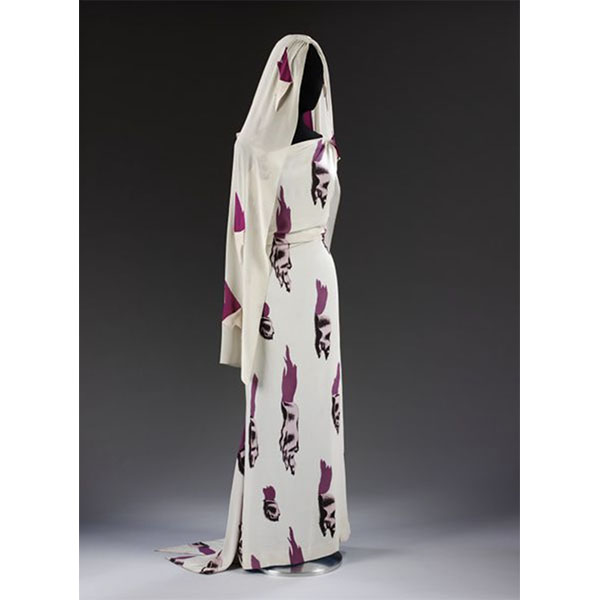 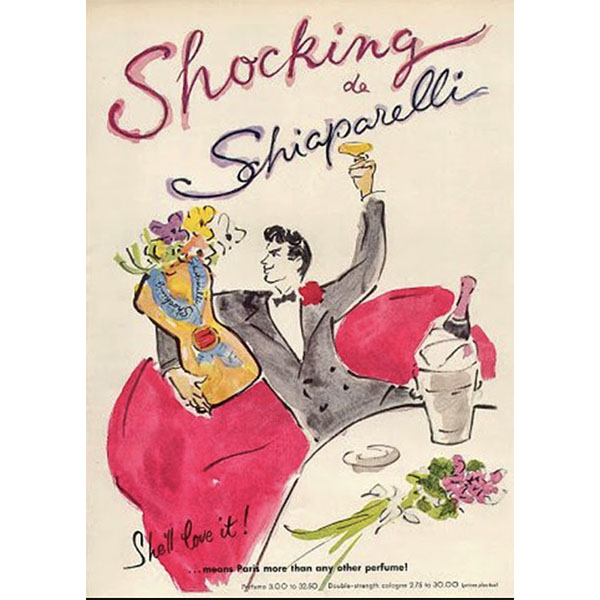 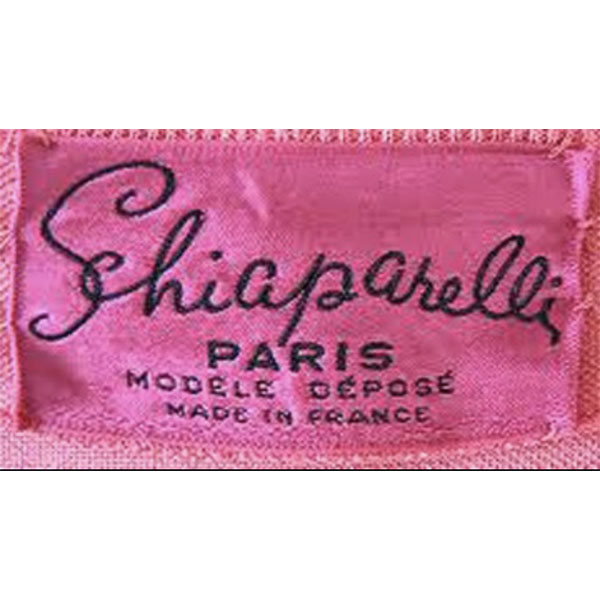 Her shade of pink appears for the first time in a dress drawn by Dali in 1936, in his painting “Three Young Surrealist Women Holding on their Arms the Skins of an Orchestra”. The dress, called “Tears”, is illustrated with scraps of flayed skin under which magenta flesh appears. The following year, the same color will dress the emblematic perfume of Schiaparelli “Rose Shocking”, whose bottle is inspired by the silhouette of actress Mae West.

In 1937, Vogue publishes in its September issue an illustration by Eric of a pink shadow of Elsa Schiaparelli on a background of the same tone. This block of color suggests that the entire universe turns pink as soon as the haunting shade of the great Schiap appears. Alas, the world will soon enter into barbarism, and a new war will cast its shadow over the lightness of a too-brief respite. “Before World War II, people weren’t afraid to be different,” sighs the designer. This dark period will permanently eclipse Schiaparelli to the benefit of a new generation of great couturiers. Among those is Christian Dior, who celebrates the return of peace with his flawless and opulent “New Look,” but that’s another story.

Rising stars
If Schiaparelli was right and difficult times do lead to outrageous fashion, then the times in which we are living lend themselves perfectly to more than a little flamboyance. The Young Guard of couture has perfectly understood, integrated, and adopted the flashy message of shocking pink. In our decade of flamingos and unicorns, the aptly named “Predation” collection by the Lebanese designer Hussein Bazaza, displays pieces of magenta satin, a loose deconstructed multi-pocket jacket with fin sleeves on a tone-on-tone bodysuit. Bazaza is distinguished by a dreamlike fashion that often flirts with Surrealism. 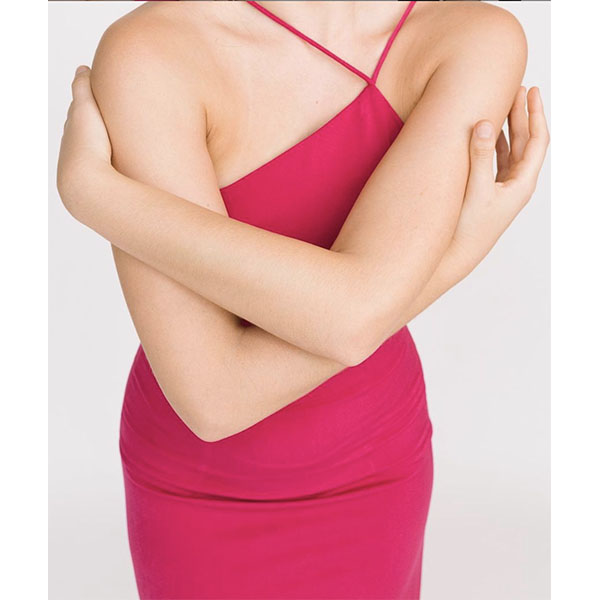 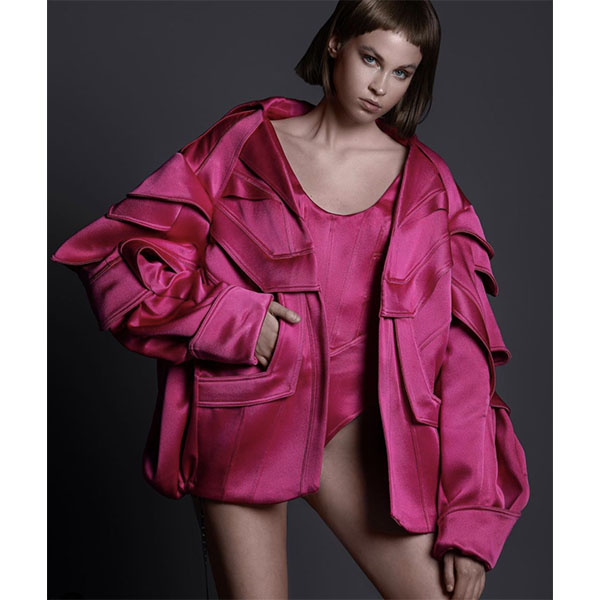 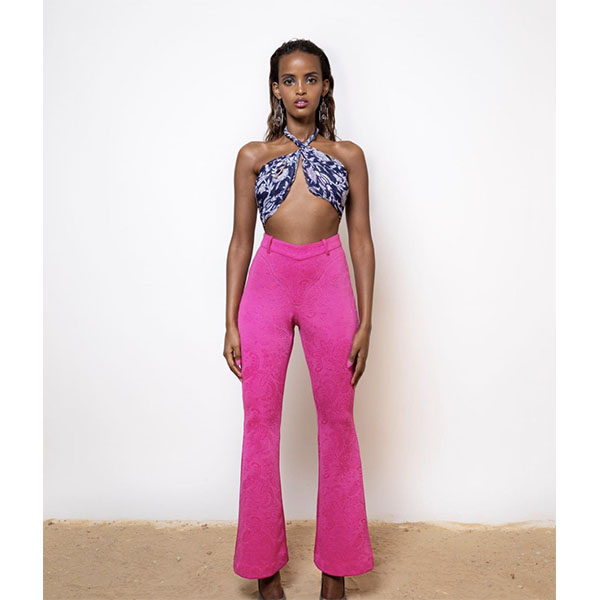 Under its satirical label, Palestinian brand Trashyclothing shows “Pink Inspection”, pants designed in a beautiful, shocking pink shade, worn with a “Pop Heaven” violet brassiere scarf. Arwa Al Banawi, one of the rising stars of Saudi design, created a silk crepe jacket on which she dares to add the violent counterpoint of white buttons. She also displays a little fuchsia backless dress with asymmetrical string straps, celebrating the freshness of a mild season in the Mediterranean.

Pink is red, diluted with white, fire with a bit of snow, a color that contains so many contradictions that it is probably the most violent of the spectrum. Thus, pink will always be the color of the daring.