Handbags, footwear and eyewear are delectable accessories in the MENA region. Find out more about the four FTA Prize finalists creating some of the region’s most outstanding shoes, bags and sunglasses.

Bilal Fellah’s eyewear brand is inspired by the Moroccan coastal city of Tangier, where the Mediterranean Sea and the Atlantic Ocean come into heady contact. Named Port Tanger, the label is an ode to the sun-drenched lifestyle of that Moroccan city, with collections bearing such names as Leila, Mektoub and Tangerine – the fruit after which the city was named. Bilal is of Moroccan and Algerian descent.

Saudi Arabian designer Dania Shinkar launched her handcrafted bag label in 2019. Wanting to create bags that would be unique – and a far cry from mass-market accessories – Dania sought skilled artisans to produce bags made from ethically sourced leather and adorned with signature metal frames and cellulose acetate handles. Dania possesses a BA and an MA from the London College of Fashion.

Moroccan bag designer Zakaria Bendriouich was born and raised in Marrakesh. A former student at Casablanca’s Collège LaSalle, he spent most of his teenage years with the craftsmen of Marrakesh’s Medina, where he acquired his skills and inspiration. In 2012, Zakaria had a major accident that resulted in him losing a kidney, requiring him to drink three liters of water per day, so he had to carry water bottles at all times, and his friends joked about him needing to carry a jerrycan. This led him to create the Bidou Bags, which were conceived in order for Zakaria to hold his water bottles in a stylish manner. The designer produced his handmade leather bag using recycled plastic jerrycans (in a satiric take on his health condition). 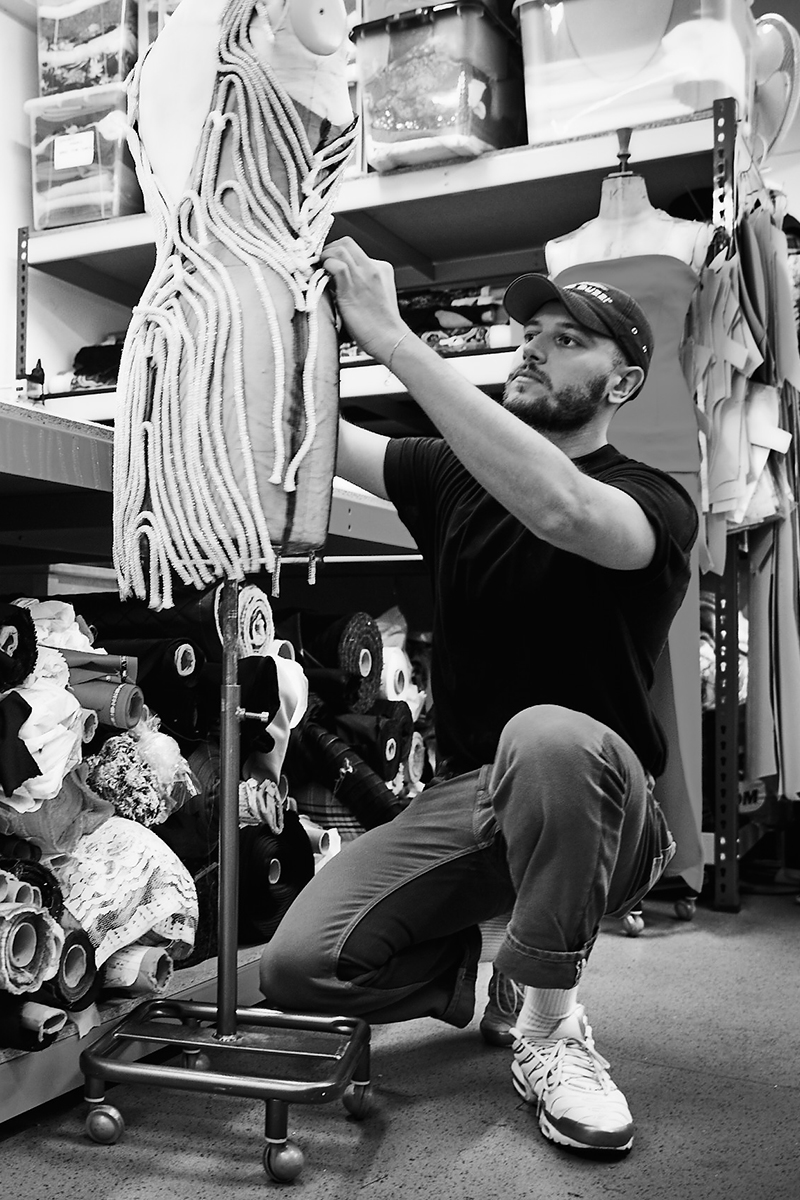