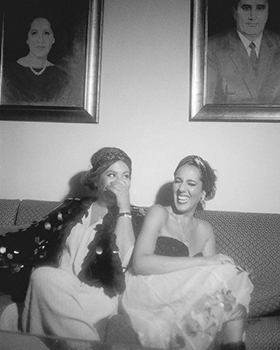 Sisters Tania and Dima Nawbar are fourth-generation Lebanese jewelers – in 1891, their great-great grandfather opened the family’s first jewelry store in Beirut’s historic gold souk. Together, Tania and Dima launched L’atelier Nawbar, becoming the first women jewelers in their family. Their capsule collection, Fragments of Beirut, is particularly poignant – it’s both a tribute to their beloved capital city and a testament to all things beautiful that were violently blown away in 2020, during the August 4 Beirut blast.