The 19 year old singer talks to Pulse about her Palestine, the USA, music and fashion.

The first thing to hit you is her huge ear-to-ear smile. It fills up the screen of our Zoom call and is full of promise: Elyanna knows what she wants, and she wants it all. She wants to sing endlessly, she wants to dance; she wants to make films; she wants her Palestine as well as Los Angeles; she wants to build bridges between the Arab World and the West; and most importantly, she wants to leave everlasting marks.

Eliane Marjieh was born 19 years ago in Nazareth. This Palestinian-Chilean singer is in love with her native land and tirelessly shouts it from the rooftops. “I will always be the product of my education, my culture,” she asserts. When asked which smell from Palestine she will never forget, she hesitates before replying, ”That of olive trees”. Elyanna keeps on smiling, and when I ask her to describe herself in three words, she blurts out: “I am emotional, ambitious and a strong Arab woman”. This says it all…

“Whoever I want”
Palestine and the United States share her affections, yet the choice between the two never tears her apart. She is fully aware that she has a lot to say and that these words, these feelings, hold a special place in her songs and in her music.

To Palestinians, her Arab brothers and sisters, she wants to say that America is beautiful even though, “There are so many hurdles along the way. We must change our habits, absorb unfamiliar knowledge and adapt to a new culture. But it is here, in the US, that dreams come true,” promises Elyanna. What would you say to Americans then? “I would tell them that my country is the most beautiful one ever, and that it is in Palestine that I feel most at home. Everyone is welcome, everyone is loved!” And what about politics – everything is about politics in the Middle East… “All i can ask is for peace, love and understanding. The best synergies come from unity”, she sighs.

For the first time since the beginning of the interview, her smile disappears, only to make a strong comeback as soon as we start talking about fashion. Here, she is the queen of her castle. “Of course I played with Barbie dolls when I was little, but there was more to it than that. I had a book filled with models that I had to style, so I would draw dresses, boots, I would choose different colors.” She loves vintage clothes and the jeans and cropped T-shirt look; she loves to wear bandanas in her hair, but most importantly she loves fashion in general. “I can be whoever I want to be because of fashion. It completes my music and who I am as an artist,” she says, laughing out loud. 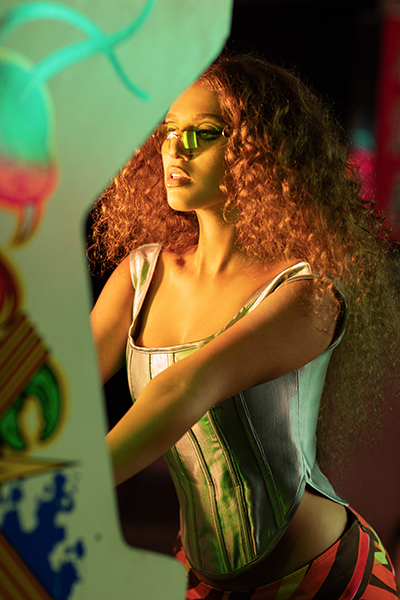 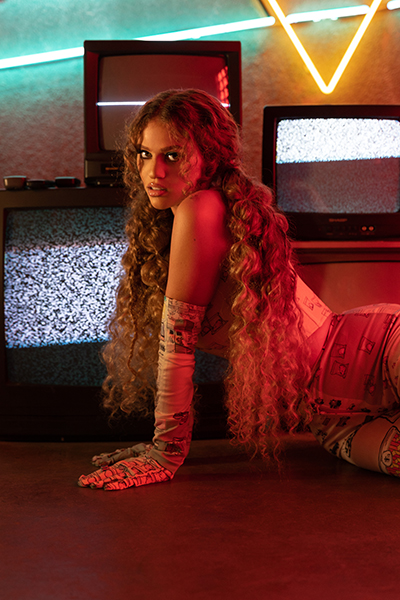 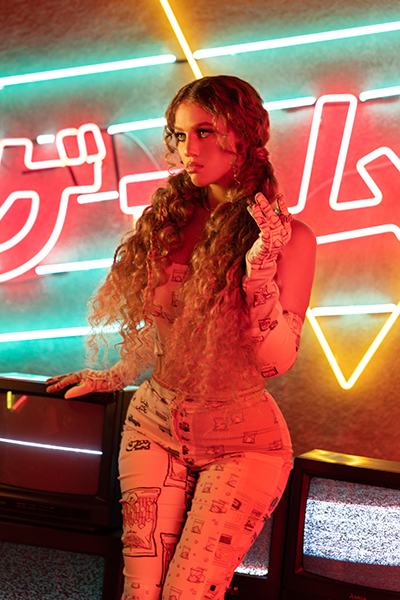 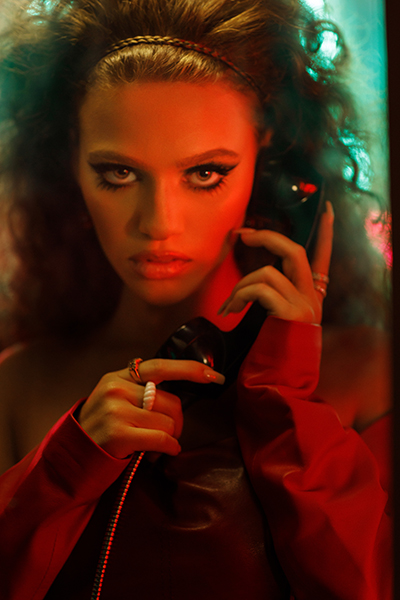 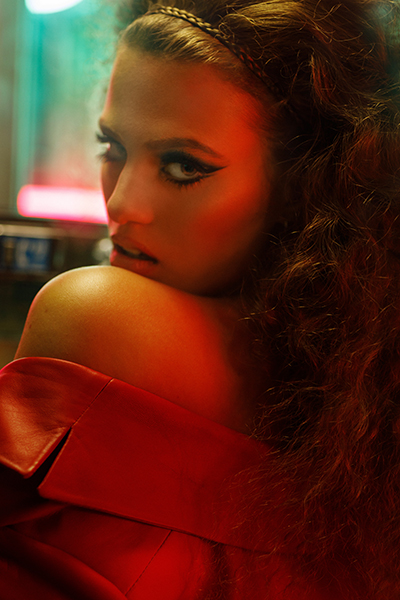 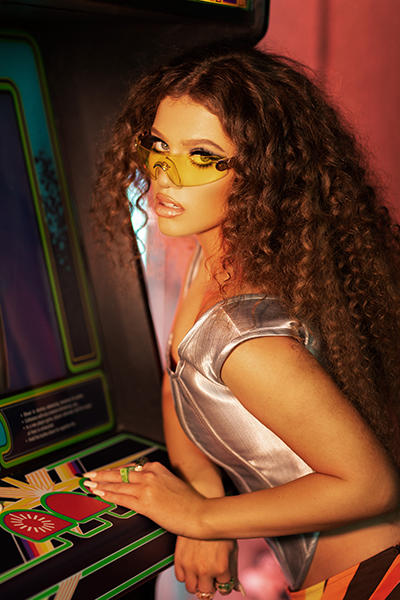 “I dreamt of being me!”
This young artist already has an impressive discography: Majnony Ana, Oululee Leh, Ya Waylak, Ana Lahale (featuring Massari), as well as stunning cover versions of major Arab classics such as Abdel Hakim Hafez’s Ahwak or Nancy Ajram’s Enta Eh that she performs with perfect vocal mastery. As a teenager, she would sing alone morning, noon and night. The first song she ever made her own was Adele’s “I found a boy“. Her brother heard it and was so enthralled that he pressed their mother to come and listen as well. And that is how it all started. She was then discovered, at 15, on Instagram, by Palestinian-Canadian Nasri, then by Massari and Wassim “Sal” Slaiby, both Lebanese.

Which singer did you want to be like when you were a little girl? “No one! I dreamt of being my own person, I wanted to be myself!” says the girl who proudly and willingly admits having been influenced by Beyoncé, Lana Del Ray and Amy Winehouse. But also, Fayrouz, Sherine Abdel Wahab, Nancy Ajram and Elissa.

“I want to be seen and heard as an Arab woman in the United States and in the whole world. I want to leave a trace so that my music is still relatable 20 to 30 years from now. I don’t want any one-hit wonders. I want my music to touch people worldwide, I want to build a bridge between Arabic and all cultures,” she hammers home.

It’s hard not to believe that all this will happen. Rarely has a young Arab artist had such ambition coupled with the means to succeed.