Deciphering the Endless Debate around Leather

Two international labels founded by Middle Eastern women are promoting the use of plant-based leather. But why aren't there more labels in the MENA region looking into this eco-conscious fabric?

Hermes, Chanel and Gucci are all looking into plant-based leather alternatives – made from apples, mushrooms, cactus and pineapples –, as part of a trend towards more conscious and responsible fashion brands. There is lot of debate going on initiatives that steer away from traditional animal-sourced leathers. A growing amount of independent fashion labels are advocating the use of plant-based leathers including two brands led by Middle Eastern women: Marci London and the New York-based Mariam Al Sibai. Marici, a brand that was launched in the midst of the pandemic by Swedish Iranian designer Amanda Navaian – who was previously based in Dubai –, has been acquired by London’s Selfridges. New York-based Mariam Al Sibai, a British Syrian designer, launched her eponymous slow fashion outerwear label in 2017. Her brand is available in a few high-end stores including London’s Harvey Nichols. Both Gigi Hadid and Priyanka Chopra have worn pieces from Al Sibai. Both brands have their own e-tail sites, in addition to these points of retail. 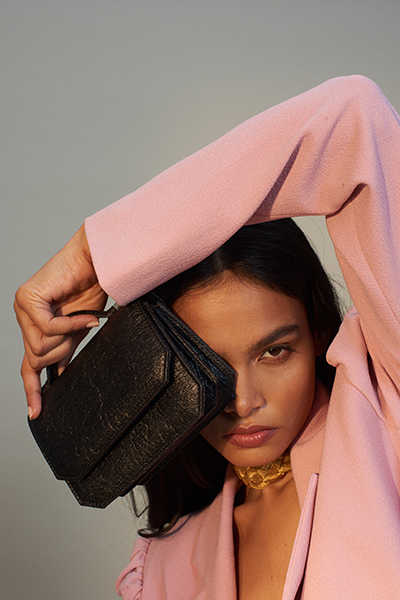 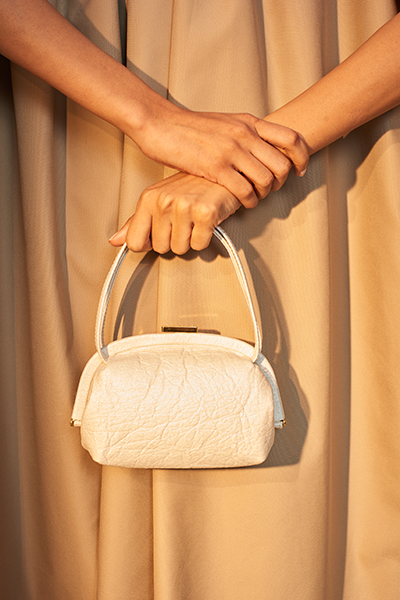 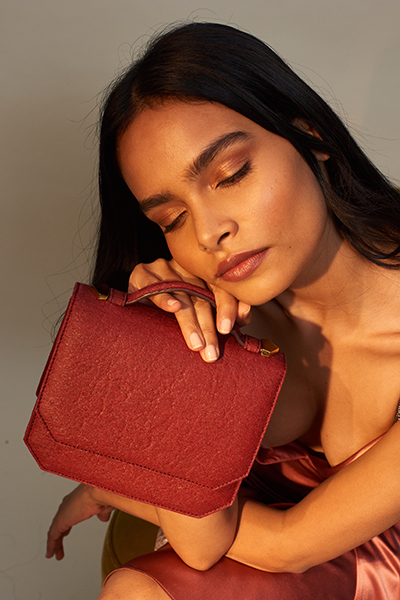 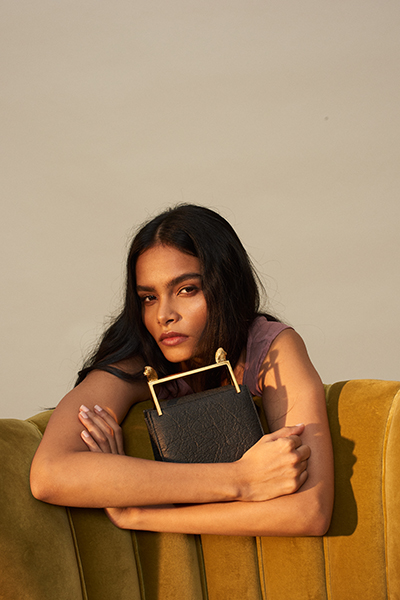 One of the strongest misleading concepts
There are a handful of homegrown labels in the region that are dabbling with alternatives to animal leather. The whole shift to plant-based fabrics has not really gained momentum in the Middle East. Navaian who was based in Dubai for several years, started her career with the Chalhoub group. She moved to London about two years ago and launched her own brand, Amanda Navaian, in 2010; a handbag brand that was known for its exotic leather skins. Her approach to design was always mindful as she says, “We started upcycling Navaian’s waste since 2011, creating new products from the left-overs including a shoe line and other small accessories.” All of our used leathers were ethically sourced and came with CITES (the Convention on International Trade in Endangered Species of Wild Fauna and Flora) certificates and were made in Beirut. The Arab label sold out of many leading stores in the region including Harvey Nichol’s Dubai. However, Navaian recently closed down the label. She explains: “Unfortunately, I have stopped my other line as it was creating a great deal of controversy over how I currently function in this new space, whereas I don’t feel that my mindset and method of working have changed even slightly. The exotic leathers we were using were also a by-product and not farmed, specifically snake skin which lasts a very long time, and is the type of animal skin that needs the least amount of chemical tanning, and is the most biodegradable of all genuine leathers. However, this is a misperception about all exotic skins.”

In fact, Navaian believes that what needs to be prohibited is the use of vegan leathers. “In many cases, ‘vegan leather’ is in fact just another word for plastic leather and is made from fossil fuel. This is one one of the strongest misleading marketing concepts I have come across, as people believe that they are making a good choice, whilst it is not an ecological choice at all.” Al Sibai has realized that her journey into conscious fashion is a bumpy one. She did dabble with vegan leather, a concept that many leading fashion brands have turned to, including fashion’s poster girl and environmental activist Stella McCartney. 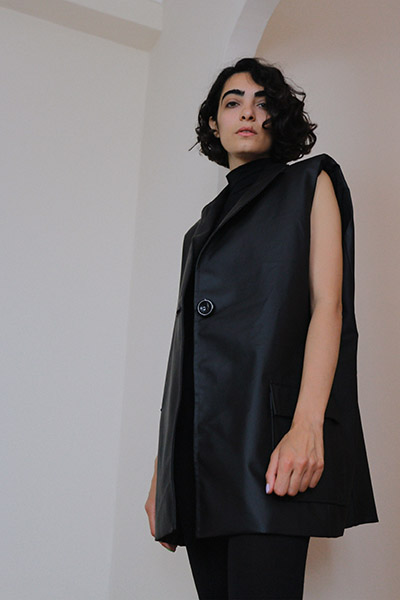 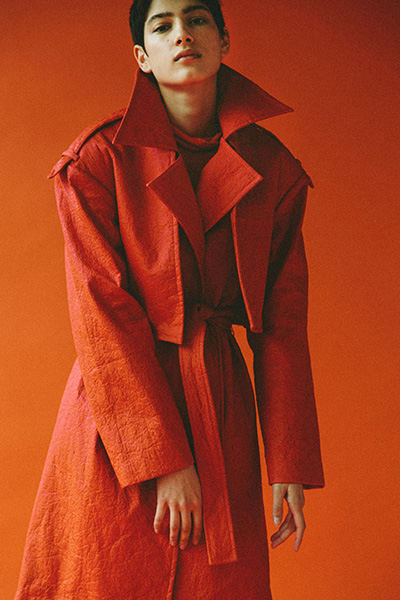 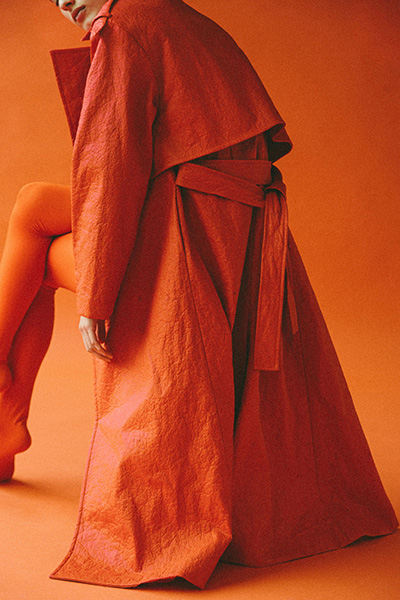 As for Al Sibai, her first encounter with conscious fabrics came while she was studying at Los Angeles’s Fashion Institute of Design and Merchandising. She says, “This is where I was first introduced to innovative fabrics. I was immediately drawn to Pinatex (pineapple leather) as soon as I started my own line. I reached out to collaborate with them but we were too small a brand.” Now as she has grown, she has moved to using pineapple based leathers. She expands, “We are excited to share our latest Gilet model using Cactus leather. We used this fabric for the first time this season and can’t wait to release the item.” She admits that it is easier to work with these fabrics from her base in New York. “These fabrics are relatively new on the market and are not as readily available. Sometimes they don’t deliver to the region as easily.”

The Middle Eastern Promise
Both Al Sibai and Navaian believe there is room for a plant-based leather brand in this region. Al Sibai receives many orders from the region on her website and retails out of Doha’s 51 East in Qatar. “I think people in the Middle East are first and foremost drawn to beautiful aesthetics, and as this material has a great distinct retro modern vibe to it, I believe that they just might fall in love with the look, and cherry on top, it will also be a revolutionary material”, says Navaian.

However, both women feel that Middle Easterners may not realize the cost and the craftsmanship that goes into the making of their products. As Al Sibai explains, “in some cases, they are more expensive than animal leather. But I think that this is when meaningful fashion becomes so important. And the way we shop is equally important. Do we buy better and buy less, less often?” And both concur that there is nothing more environmentally conscious than buying from an independent brand that encourages small batch production.