For its very first live show, which landed during Arab Fashion Week in Dubai, the Lebanese brand put in place a collection called “Neverland”.

Sustainable fashion has been a hot topic for a while now. Whether designers created their brands with an eco-friendly mindset, or have been introduced to the idea later on, it is essential to point out the growing awareness of sustainability in the fashion scene.

Emergency Room Beirut was founded in 2018 by Eric Mathieu Ritter, a designer who decided to leave behind his interest in luxury fashion in light of his profound passion for upcycled materials and sustainable clothing.

For their very first live show, which landed during Arab Fashion Week in Dubai, the designer put in place a collection called “Neverland”. The designs were inspired by Lebanon’s current challenges and difficulties. Looking at the collection as a whole, it is crucial to recognize that the materials were gathered from Lebanon’s dead-stock fabrics as well as unique vintage materials. This sustainable approach provided an authentic ready to wear wardrobe as well as an eco-conscious, desirable line.

The SS22 collection was shown in two parts. The first was focused on menswear pieces and was only shown online during the Arab Menswear Fashion Week, while the second part showcased the womenswear collection live in Dubai.

When it came to casting for the show, Ritter decided not to cast professional models. “We decided to include everyday people, friends of the brand who moved to Dubai, as well as local residents who are looking to join our family and expand it,” said Ritter.

The whole collection was presented in the form of a narrative, with no music, no sound, except for Ritter’s voice, who narrated his visions and inspirations. “The models walked to the sound of my voice narrating our brand’s story,” said Ritter. “[The collection] represents all the struggles and challenges we go through as a sustainable brand based in Beirut, as also the general theme of the collection,” he added. 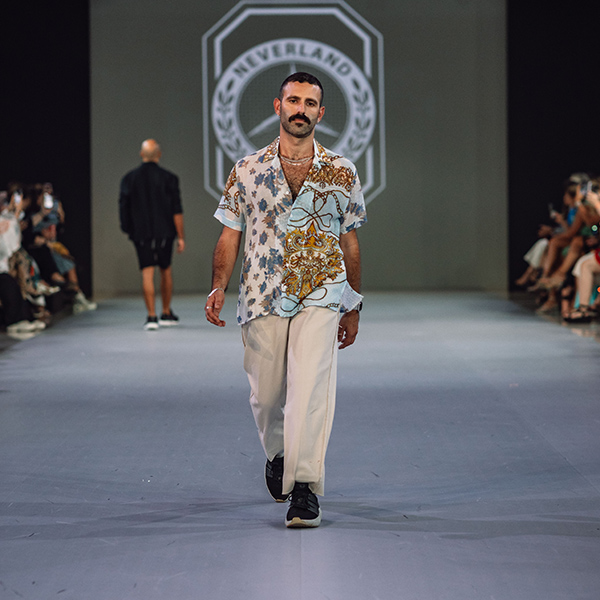 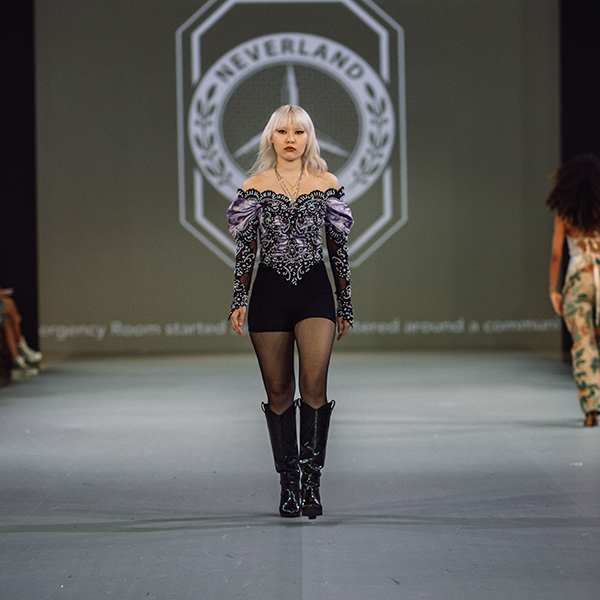 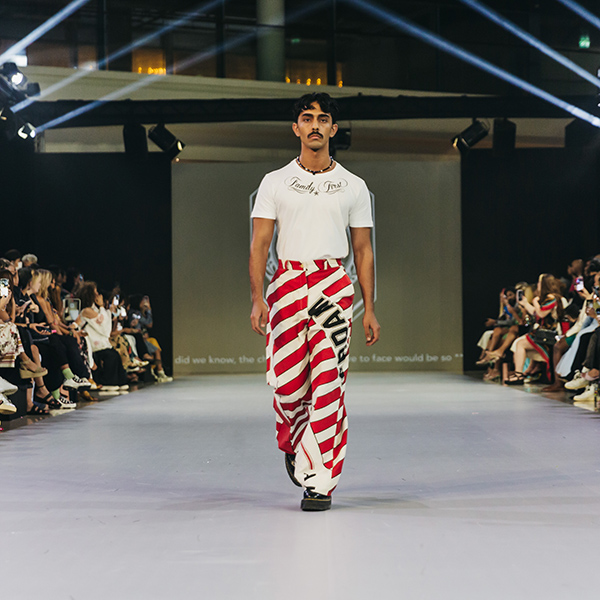 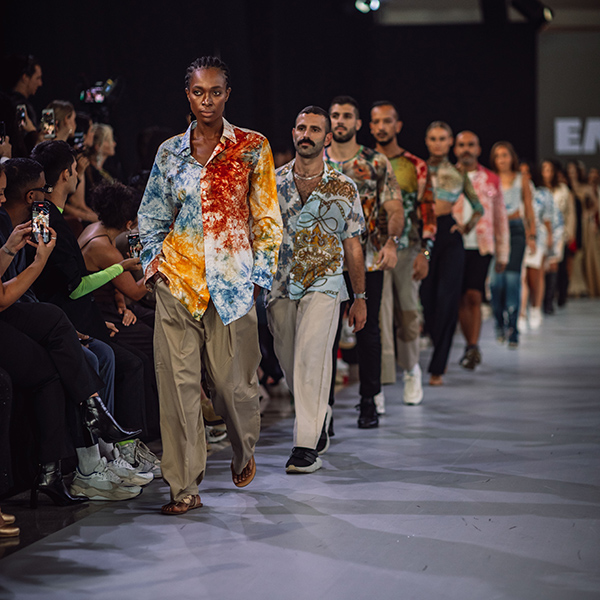 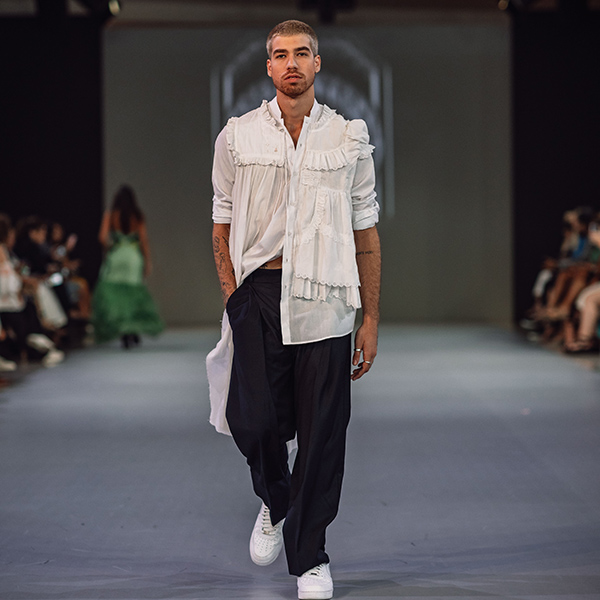 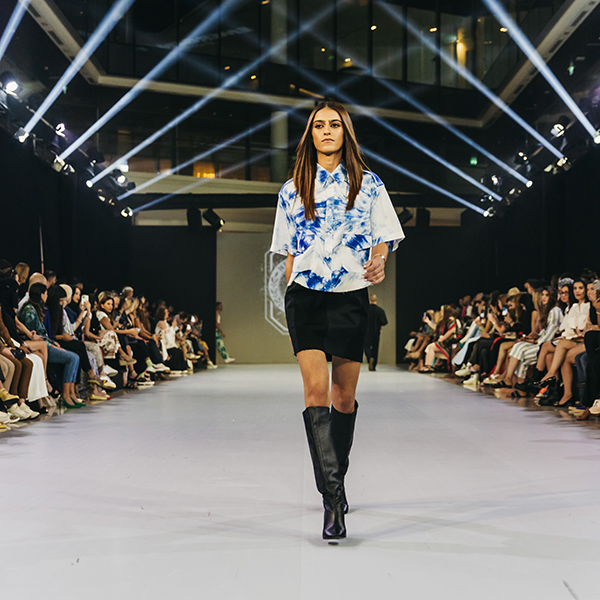 “Neverland” is made of textiles as common as sheets and comforters that Ritter turned into different pieces, like trousers and shirts. The patterns on the fabrics are widely known in Lebanon, any Lebanese would recognize these pieces, turned, as they are, into an homage and ode to their country.

“The title of the collection references a heterotropia, which is a hyper realistic vision of Lebanon as opposed to the one we’re promised, a dreamlike land that lives in our mind and a country that will never be and that we have to accept as such,” said Ritter. 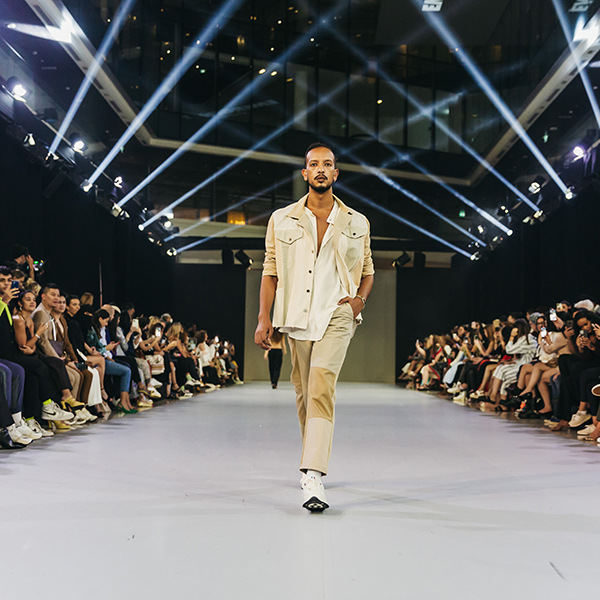 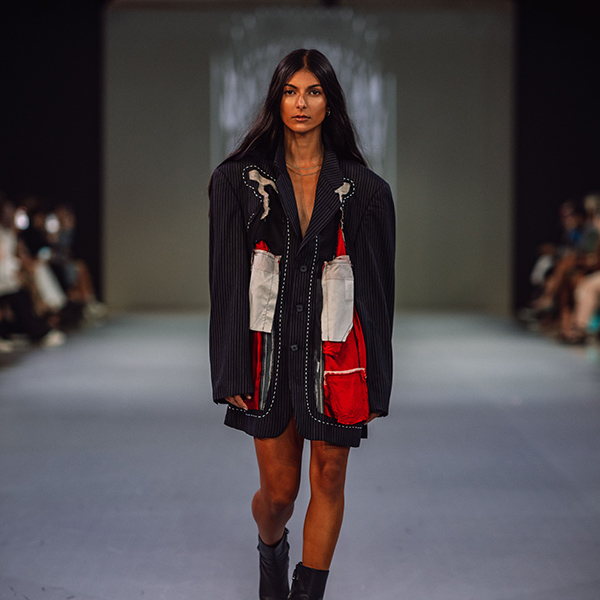 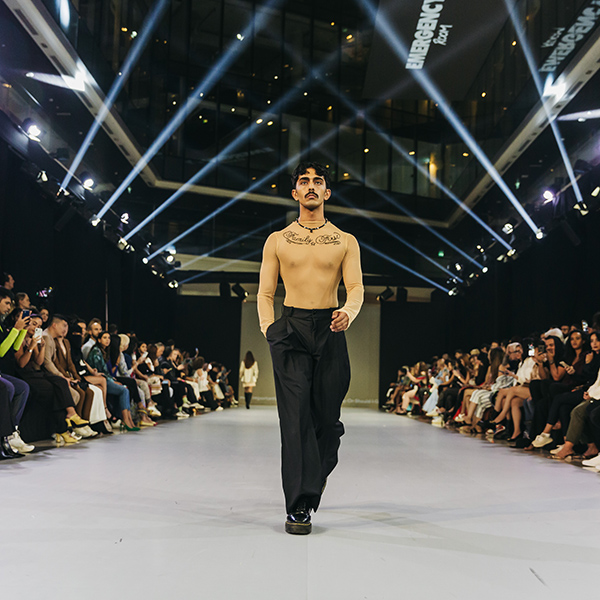 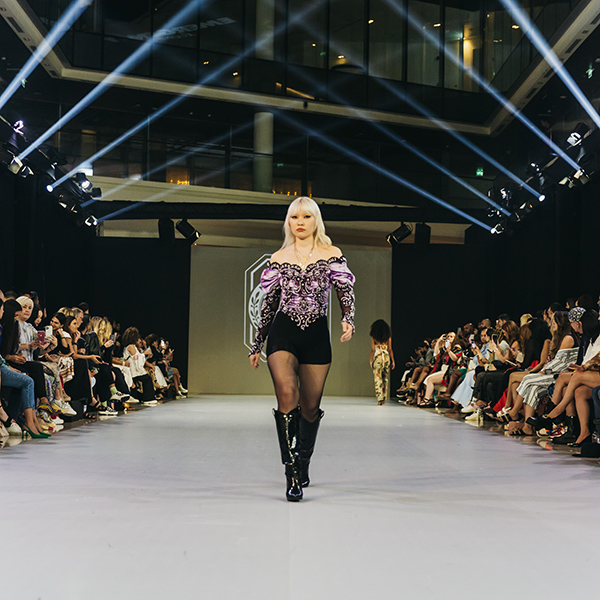 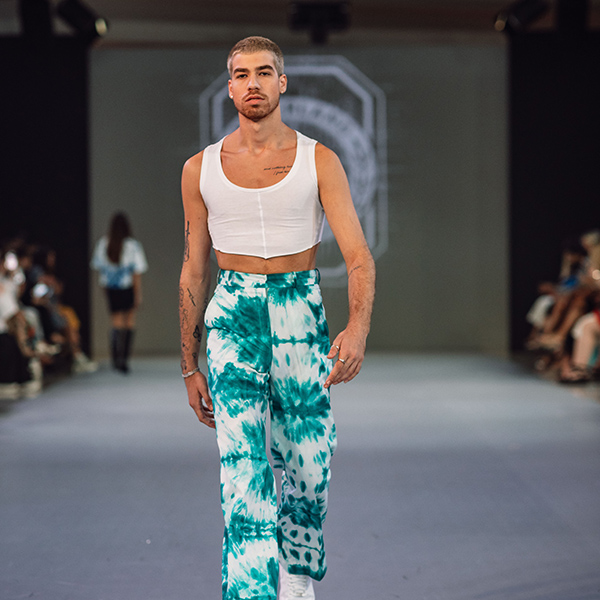 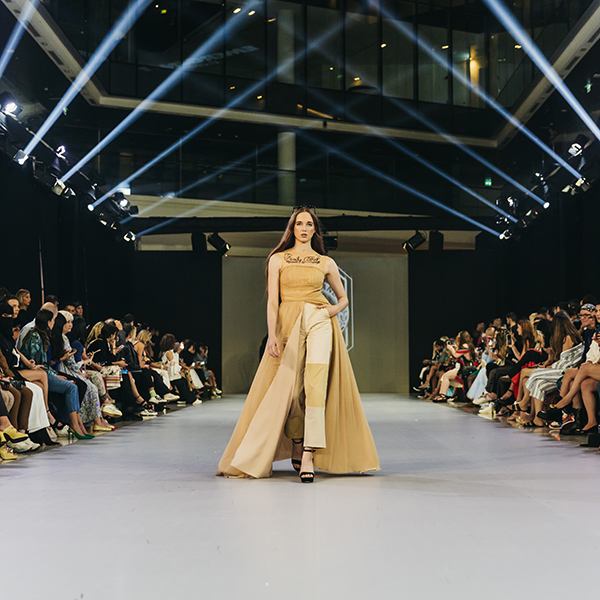 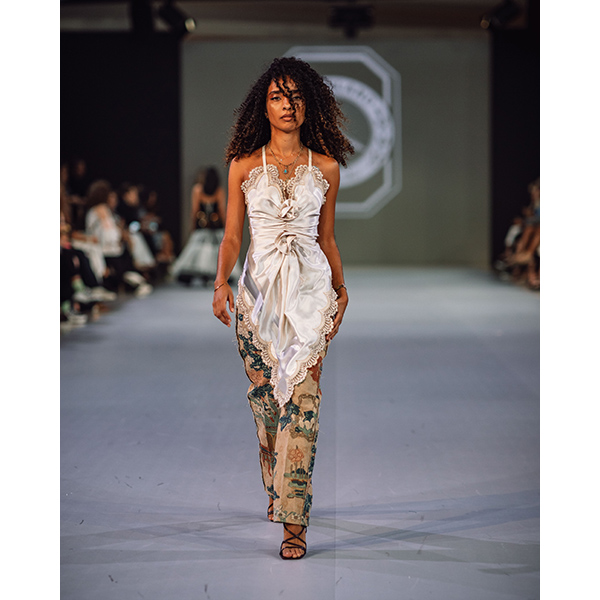 The designer took his final bow with his back turned to the audience in order to reenact the last shot of the video which complements the words “the greatest form of resistance is standing your ground”. Ritter added that one of the most resonating sentences that has stayed with him since the August 4th blast is found on the back of one of his t-shirts, it says “al woujoudmoukawame”. “As a brand we believe that the grass is not greener elsewhere, it is simply green wherever we water it, hence our desire to strongly communicate our presence in Lebanon,” said Eric.

The feeling of being exiled from our own country with no future that we can see from abroad means that when we see something like Ritter’s work it is as if our lungs have been refilled with fresh air. An upcoming designer, who completely devotes his work to his own country by reminiscing and bringing two worlds together, the old and the new, has been able to restore some life, dreams, and hope into a country that has been deprived of these and so much more.