Pulse From The Past

Little by little, the slipper, with its exotic flair and reputation for comfort, integrates into the Western cloakroom.

In the Seventeenth and Eighteenth Centuries young, wealthy Europeans, and the occasional American, would undertake what became known as The Grand Tour, an extended trip, often undertaken with a sizeable entourage, through Europe and, for the most adventurous, the Middle East. In later years, and in search of ever-more ‘exoticism’, these Tourists and other travelers of ‘The Orient’, would embark on steamboats and discover the opulence of the Arab souk. Painters, archeologists, writers and poets, described in detail the clothes and costumes of the indigenous populations in writings that betrayed their sense of curiosity. Back home, they adopted the fashions that had fascinated them as if to brag that they had been over the horizon, that they had seen what others had not yet had the chance to see.
Given the sun-drenched days, perhaps punctuated by a visit to a hammam, and prayers at the mosque, it perhaps makes sense that slippers, or babouche, that can be taken off and put on without effort were hugely popular. From North Africa to the borders of Asia, from Morocco to India via the provinces of the Ottoman Empire and Persia, the slipper is the ancestor of the shoe, just like its sturdier cousin, the sandal. Due to its roughness, Westerners see it as a sign of laziness. The locals themselves, after decades of western influence, were prone to seeing them as a sign of poverty and a lack of know-how or cultural sophistication. Far from the Industrial Revolution, which was raging in 19th century Europe, slippers went hand-in-hand with a lifestyle largely unaffected by these sweeping changes.

Embroidery galore
The babouche has two resistant layers of calfskin for the sole, supple goatskin for the upper part, no laces, no heel, and is softly shaped so it can be worn on either foot. It is as simple to make as its embellishments can be sophisticated. It takes on the shape of its owner’s feet and adapts to their gait with time and use. Moroccan slippers, in particular, are known for their exquisitely elegant tapered line, which makes the feet appear to glide  and ennobles the silhouette. The top can be covered in silk or personalized with intricate, always lavish, embroidery. Female models take a rounded tip, and are less aggressive.

Luxury carpets and waxed floors
Little by little, the slipper, with its exotic flair and reputation for comfort, integrates into the Western cloakroom, which takes hold of it and modifies it in turn. In the Paris of the Second Empire, it acquires heels. Sometimes adorned with vicuña, it becomes the preserve of high-price prostitutes. The British aristocracy adopt it as an indoor shoe, stamped with a coat of arms or brocade initials. While the ‘Orient’ is comfortable in its slippers and uses them on all terrains, Europe reserves them for private spaces, luxury carpets and waxed floors. The slipper, now known as the ‘mule’, is too precious to be soiled by the mud of the pavement. They are part of the armor of a certain elite who rarely travel on foot.

Favored by Zuckerberg
It was not until the early 2000s that the rise of low-cost travel and globalization transformed the world into a village and slippers started appearing in the street. At first, it’s hardly surprising to see fashionistas wearing mules with rolled jeans or long, light summer dresses. But very quickly, fashion took hold, and the mule/slipper/slide moved into locker rooms as a matter of course. Adidas slides, an affordable branded item for suburban youth, are favored by Marc Zuckerberg, the founder of Facebook, who wears them everywhere, even with a suit.

In the fall of 2015, seeing people fall in love with monster slippers like Birkenstocks or Crocks, Alessandro Michele launched the Princetown for Gucci. That hybrid shoe was unisex, part loafer, decorated with the house’s iconic horse bit, part upholstered slipper with overflowing kangaroo fur. The furred version looks like it has run over a kitten, but it becomes an object of desire. It’s paired with sumptuous silk pajama sets, and it’s all designed, paradoxically, for the outdoors.
In 2021, after several months of confinement, we have adopted stay-at-home habits, and the mule is the inside-outside shoe that we need.  Easy to put on to take the dog out, snatch up a few groceries and quickly get back to teleworking before getting bitten by the virus, the babouche seems sure to be an ever-shining star of the coming seasons.

Pulse’s choice
This season, Pulse has fallen for mules that aren’t quite mules: first, those made by Zyne, the small Moroccan brand that plays in the big leagues by taking their heritage and making it last.
We also rediscovered the mules designed by Karl Lagerfeld for the 2014/2015 Cruise Collection presented in Dubai, where the Thousand and One Nights jumped into futuristic fashion: “Aladdin’s slippers” came straight from out of our history right into the now. 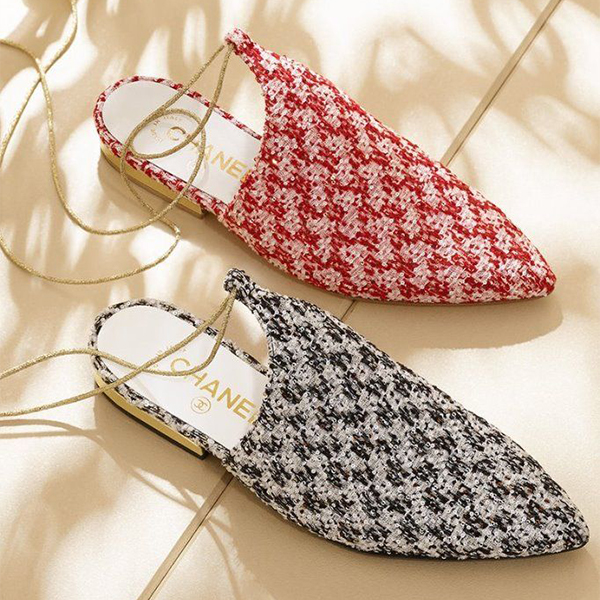 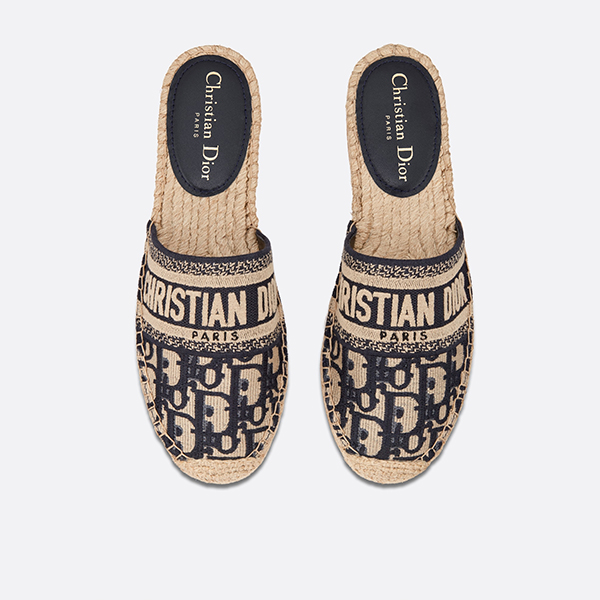 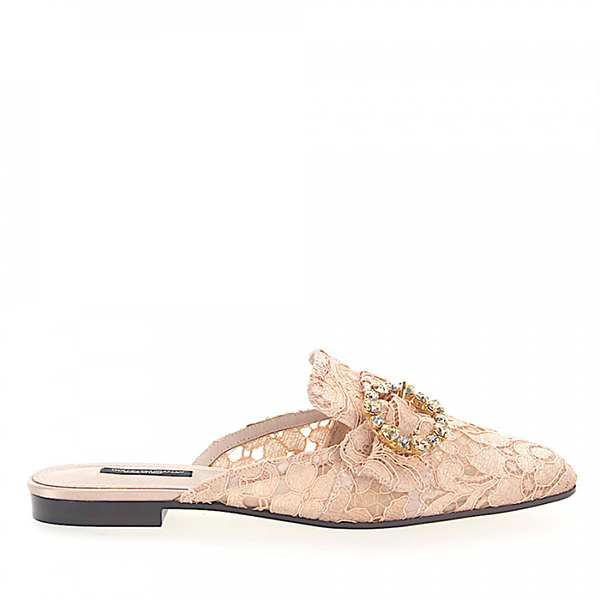 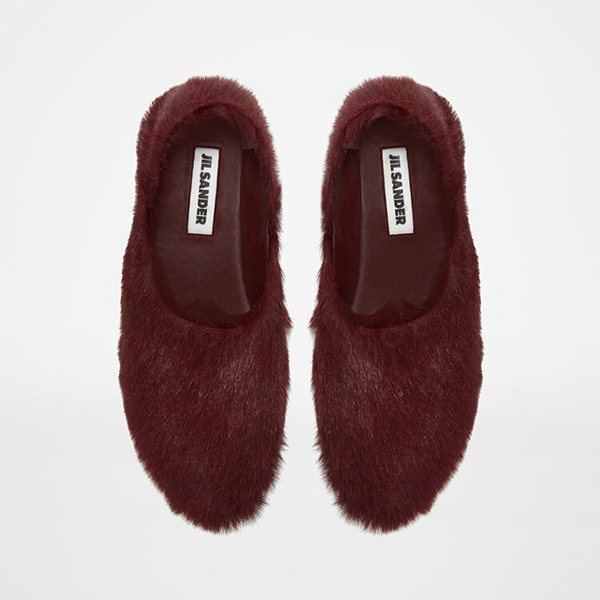 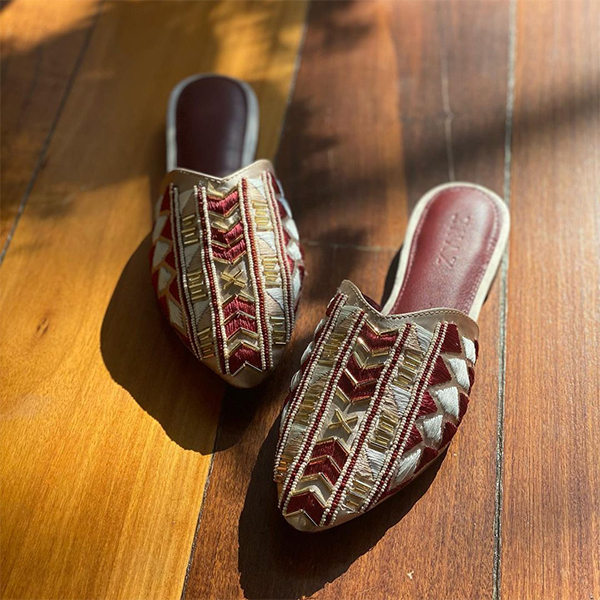 Dior’s Granville mule is a hybrid of a mule and a handmade rope sole espadrille. The monogram motif is elegantly imagined on the pure cotton toile de Jouy, which has brought luck to the house since the arrival of Maria Grazia Chiuri as its Artistic Director.
At Dolce & Gabbana, their love of Sicily is not only a return to their roots, but an inexhaustible source of inspiration often brought by the island’s multiple conquerors: Spaniards, Arabs, and Normans inspire the collections in an incredible cultural mix that sums up the mule as comfortable, precious and full of history.
Last but not least, Jil Sander’s furry slipper is the result of designer Lucie Meier’s wish to offer clothes with meaning in the middle of the pandemic. “It’s a time of change for everyone. To be able to adapt, you need to feel empowered. The way you dress changes the way you feel,” she said. Duly noted.