Arab Fashion Students: How to Settle the Hurdles

Five students from the MENA region share their experiences.

I often wonder what it would be like had I studied fashion. What references would I look at? How would I design? How would I source? How would my family react? To answer these questions, I spoke with Five students from the MENA region and let’s just say, vicariously lived through them.

It’s September of 2021 and a new school year has commenced. It’s my senior year. Our grade is called into the school auditorium for a career prospects briefing. “Seniors, it’s time to start applying to college,” says the head teacher. I stutter. But my career choice can be unconventional in our region, I think to myself. For years, creative jobs in the MENA region were considered socially taboo. We’re expected to become lawyers, doctors or engineers. A fashion designer? What would my parents say? How would they react? 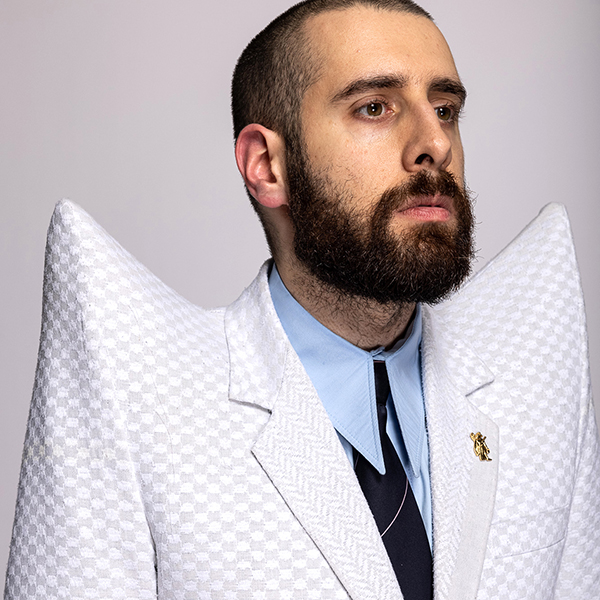 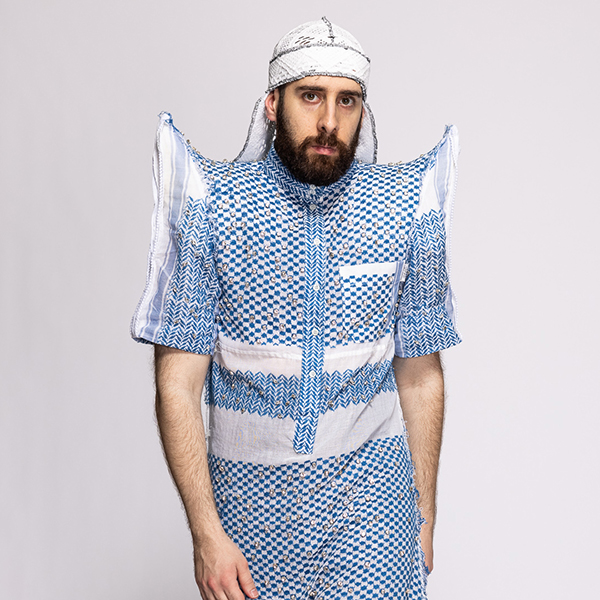 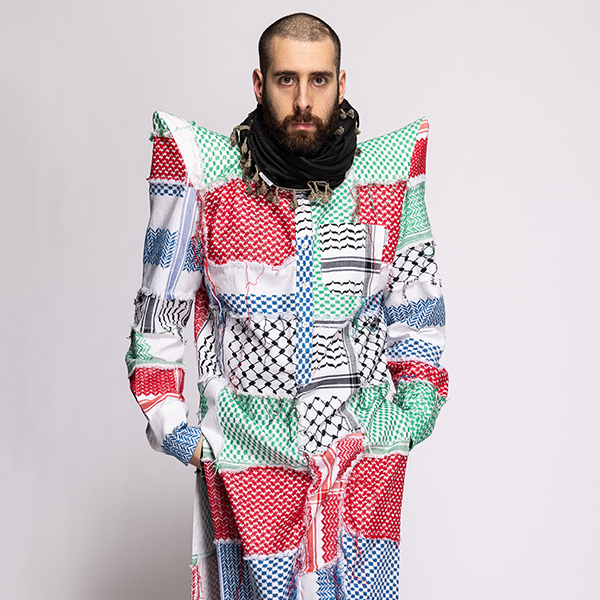 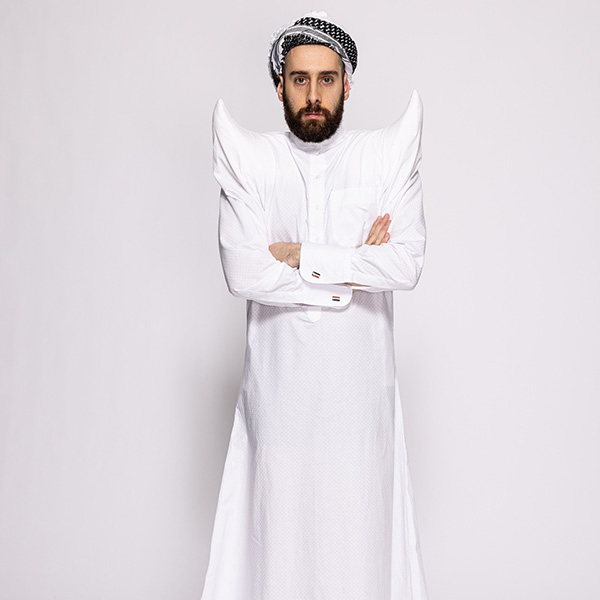 Kristian David, who is of Assyrian descent and a recent graduate from The Swedish School of Textiles in Borås, Sweden, with a BA in Fashion Design & Fine Arts, explains that his parents, particularly his father, learned quite early from his relatives that his children need to follow their dreams. “My folks have always been supportive, but more so when it came to studying, as they didn’t get the opportunity to fulfill their own academic journey. I believe this has resulted in them wanting to see it being manifested in their kids.” 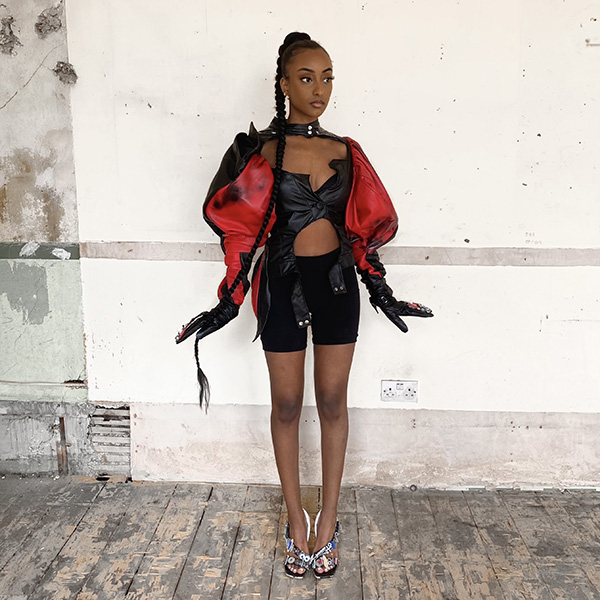 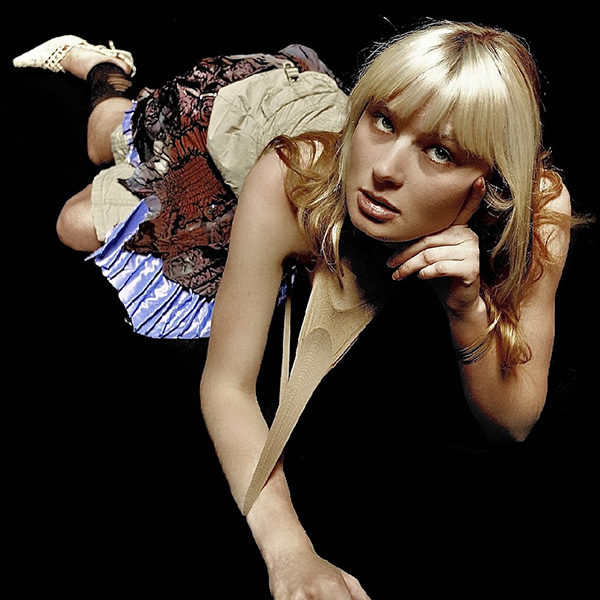 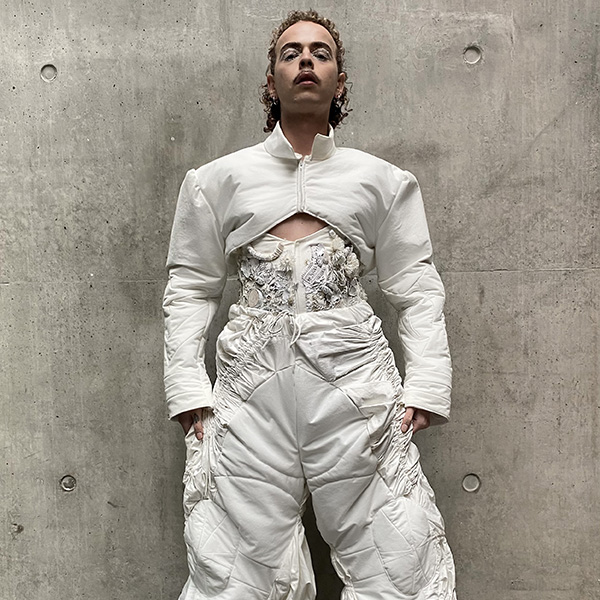 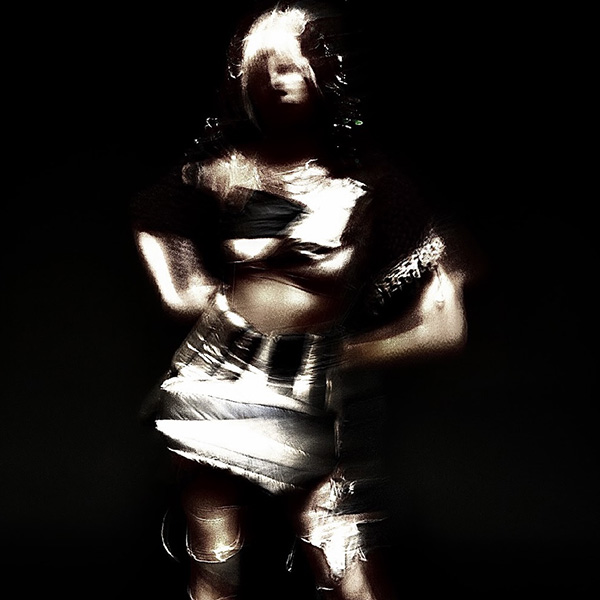 Sabreen Hassan, an Egyptian fashion student finishing her first year at Central Saint Martins, agrees! Even though her ideas of fashion clash with that of her family’s, they remain supportive. “My Tita (grandma) was supportive at first, she wanted to study fashion too and was always sewing, I guess I got that from her. But her idea of fashion is very traditional so when she saw what I was making, she asked: ‘Is it too late for you to become a doctor?’ I replied: ʻYes Tita, it is.ʼ.”

Now that the first hurdle is settled, my anxious mind can’t help but think of the next. I’m going to be alone. The fashion industry is dominated by non-Arabs. How will the rest look at me? Will I have a support-system behind me? For many MENA students, identity isolation can be mentally exhausting and socially challenging. 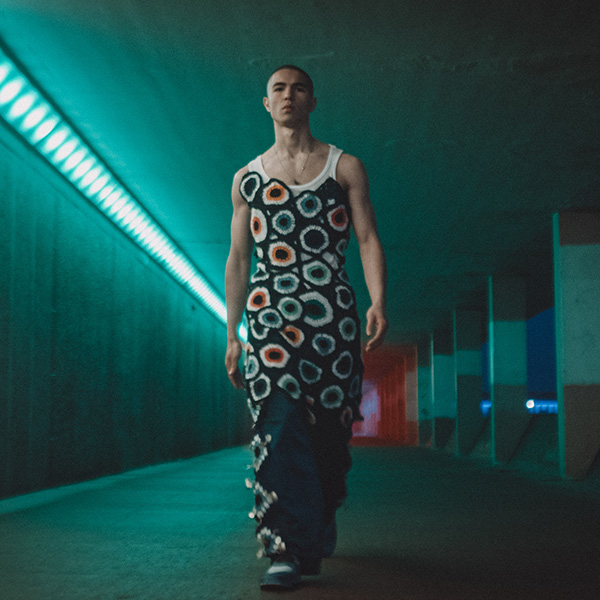 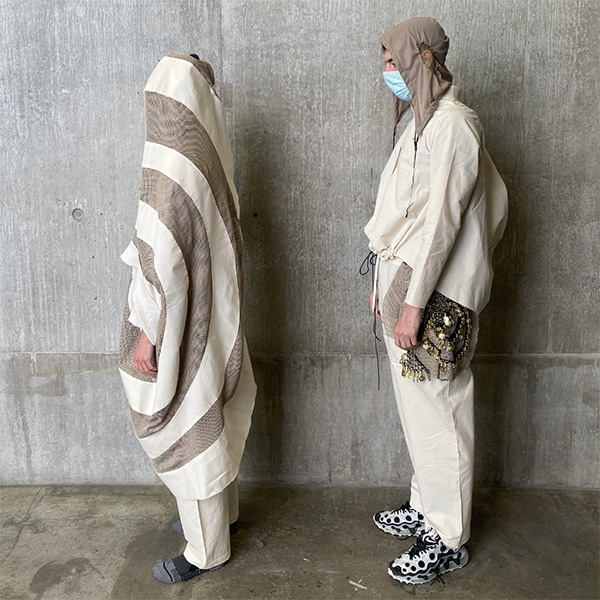 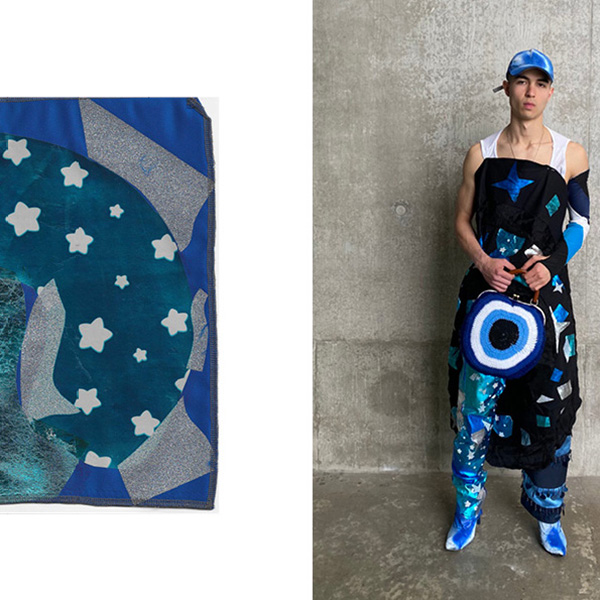 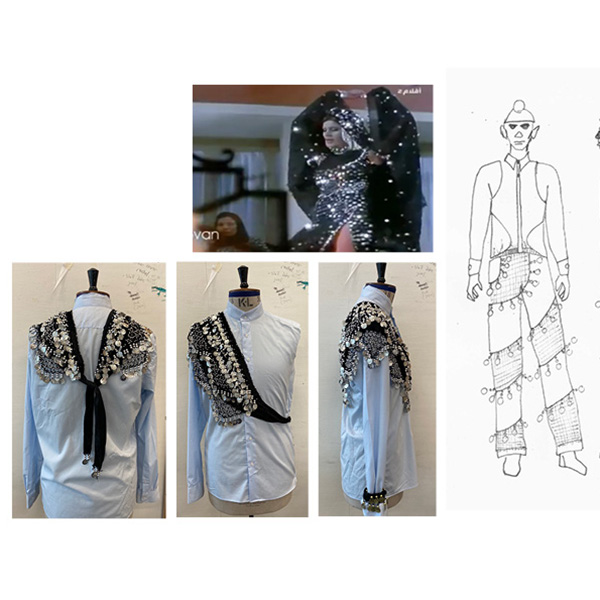 The lack of representation is something we see often. However, over the past year, the tide has begun to turn. Jad Jreissati, a Lebanese menswear student in London, calms my anxiety and explains: “Even though there are a few of us, we (Arab students) find each other across the building from different years and courses. When we do, it is nothing but pure support and adoration. As Arab students, we value the importance of seeing each other win, and I love the support and sense of community we have, regardless of views and aesthetics.” 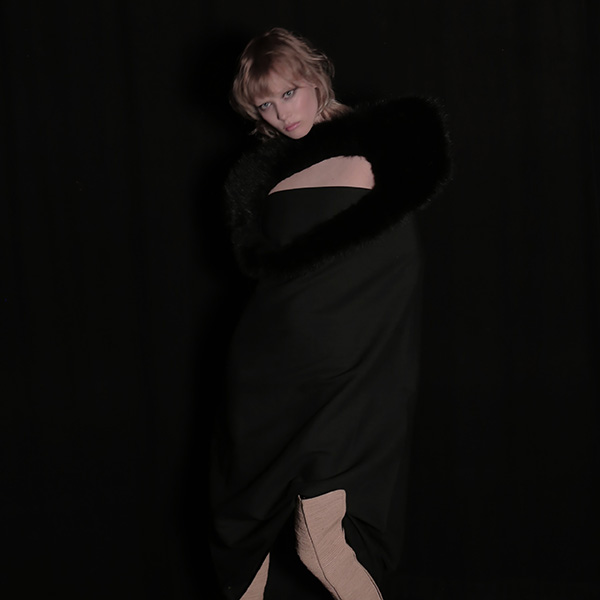 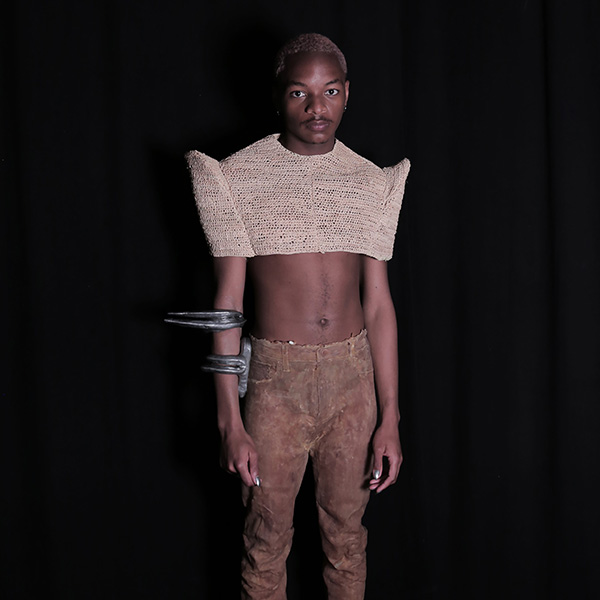 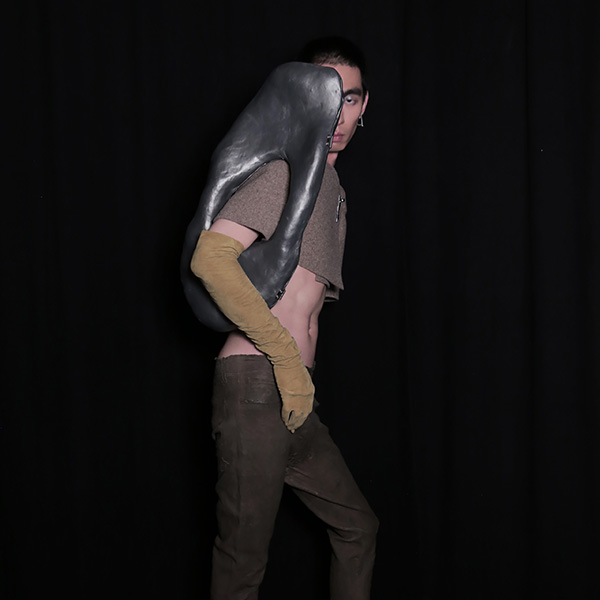 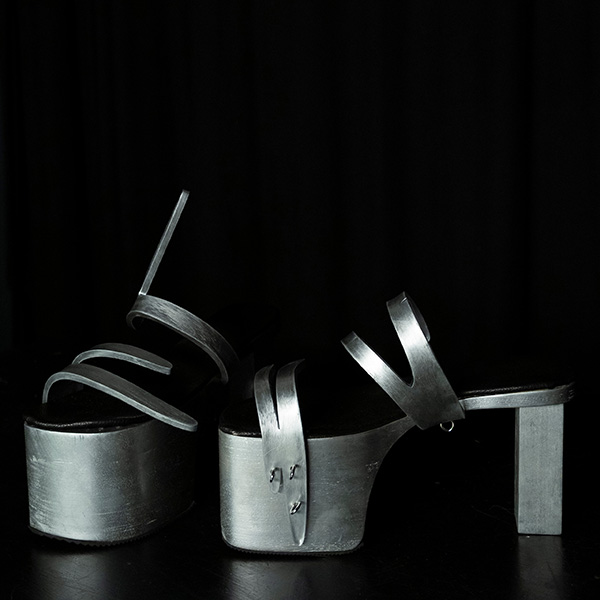 For many fashion designers, the first step of the design process is choosing the fabric. That happens to be the case for Faris Bennani, a Moroccan menswear student at Central Saint Martins. “I usually start my design process by selecting the materials that I want to work with. When I set the concept of my endeavor in my mind, I start creating a fictive story that allows me to explore different fields.”

Choosing the right material for your products can be overwhelming and quite challenging at times, especially in the MENA region. So if I were to start my design process by selecting fabrics, would this be difficult to do from the MENA region? Faris explains that sourcing fabrics in Morocco can be a difficult task, because the demand is low. 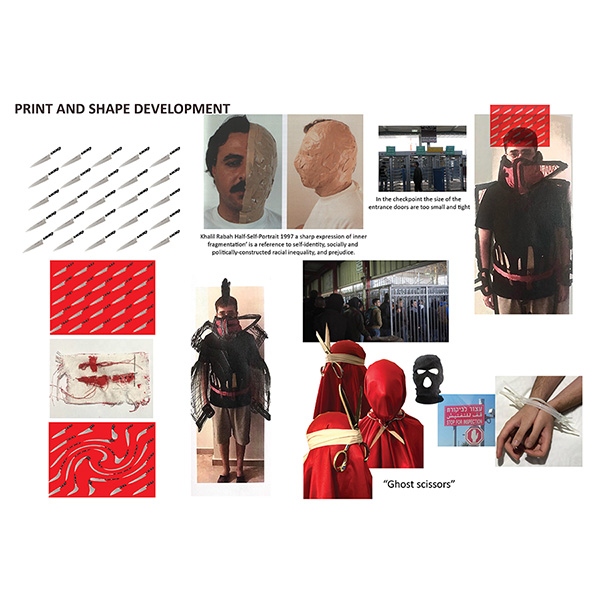 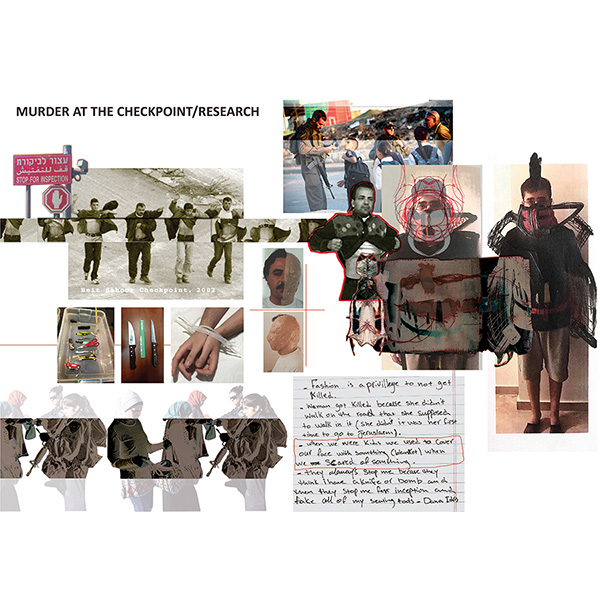 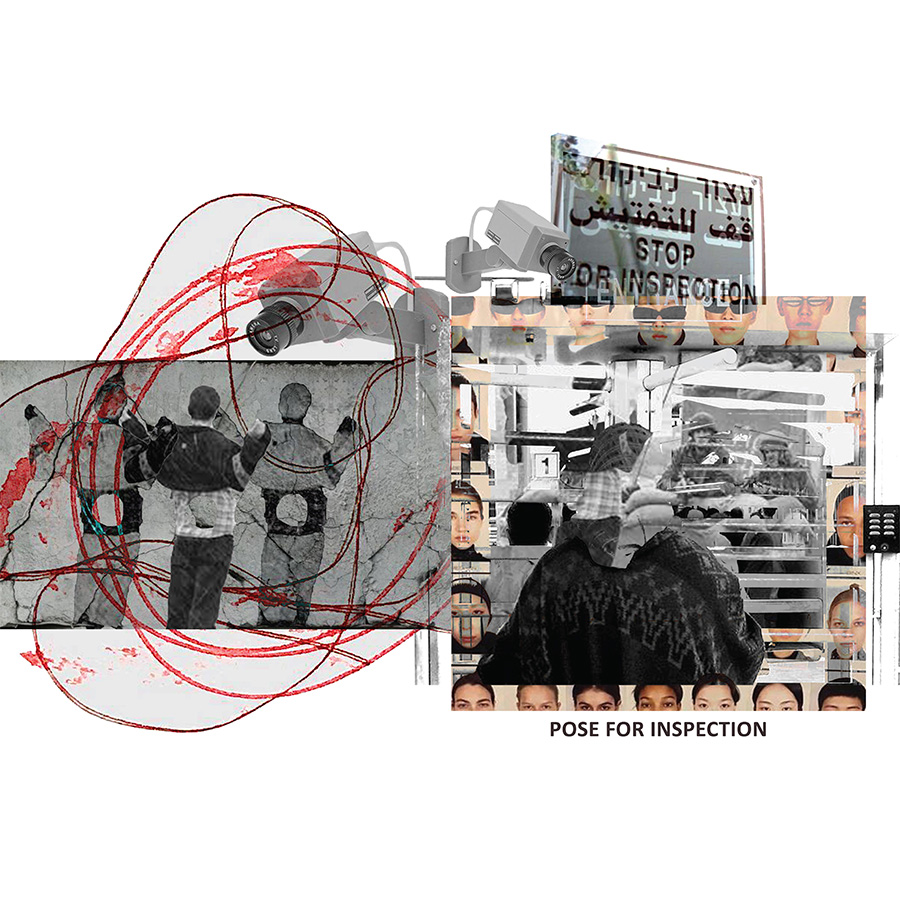 Palestinian Ayham Hassan, who is in his third year at Birzeit University, majoring in general design, explains that fabrics are not only difficult to source in Palestine, but what is available in mass are synthetic variations. “The good fabrics are in the hands of the Israeli occupation and that means you can’t have it.” While sourcing fabrics could prove to be difficult, Ayham further explains that this obstacle could be used as a source of inspiration. I may have no option but to follow suit.

I’m overwhelmed but also excited about the prospect of studying fashion. Don’t think of the future, I tell myself! My anxious mind, however, says otherwise. Is it more important to look to the past as a source of inspiration or to look to the future?

Jad says: “The now is all we ever truly have. A continuous stream of consciousness in which we remember the past or daydream about the future. It is only in the now do we share an experience. I find inspiration in the moment and find peace in knowing that I am not the first and not the last. This philosophy reminds me to embrace the now and act for today instead of being caught in a nostalgia or science-fiction.”

Fashion has always been known to push the envelope. The fashion industry may see huge amounts of innovation in coming years as new technology and changing customer trends and demands will certainly transform the industry.

What will my impact be on the industry? If it’s anything like the five students I spoke to, it is going to be ethical, sustainable and representative of our values as Arabs and minorities. We will not be used as pawns to woke-ness, but rather we will be pushing for our voices to be heard at the forefront and behind the scenes too.

“Do any of you have any questions?” asks the head teacher. “No questions? Okay, it’s time to get back to class now.”