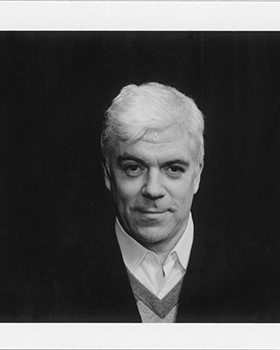 In September 2015, Tim Blanks was named editor-at-large for the website Business of Fashion, after 10 years at Style.com, Conde Nast’s digital entity. Before Style.com, Tim hosted Fashion File for the Canadian Broadcasting Corporation for 16 years. This weekly magazine show was eventually seen in more than 120 countries.

He has also written for Vogue, GQ, Interview Magazine, Fantastic Man and System Magazine, and has contributed to books on Alexander McQueen, Dolce & Gabbana and Bottega Veneta, among many others. In 2017, Abrams published his book The World of Anna Sui.

In May 2013, Tim was honored by the Council of Fashion Designers of America with the Eugenia Sheppard Media Award, the industry’s top award for fashion journalism. In May 2016, he received an honorary doctorate from the Academy of Art University in San Francisco.