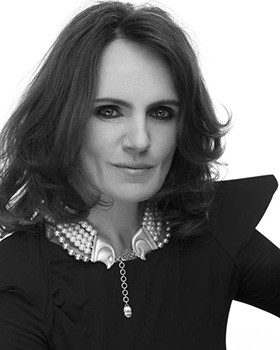 For eight years in a row, Pashion was the only Arab magazine appointed as media partner at the annual  New York Times Luxury Conference. Other media partnerships include the bi-annual Fashion Forward Dubai, on whose advisory board Susan was appointed in 2018.

Under the magazine’s umbrella, Susan first created Luxury for a Cause in 2008 and then in 2011 she laucned Cairo Fashion Nights, an annual event that promotes Egyptian designers locally. She further organized events internationally to promote young Egyptian designers.

In 2008, Susan was appointed a judge for the Swiss Textile Award, and in 2014 she was chosen as one of the top 500 most influential people in the fashion industry by Business Of Fashion, a position she held for four years in a row. She was also appointed project organizer and curator for the Egyptian showcase at the IFS at London Fashion Week, in February 2016, 2017 and 2019.

Susan also has a background in children’s ready-to-wear manufacturing and retail, with experience in marketing as account director at the Cairo office at TMI International for many years, and as a freelance fashion editor at an Egyptian lifestyle magazine.

Born and raised in Vienna, Susan holds the Austrian and Egyptian nationalities and speaks German, English, Arabic and French.