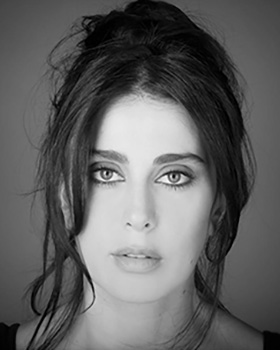 Nadine Labaki was born in Lebanon, and grew up during the years of civil war, obtaining a degree in Audiovisual Studies in 1997 from Beirut’s Saint Joseph University. After graduation, she immediately moved into directing television commercials and music videos for popular artists in the region, garnering several awards.

In 2005, Nadine participated in the Cannes Film Festival Residence to write Caramel, her first feature film set in Beirut.  She directed and took a lead role in the film, which premiered at Cannes’ Directors’ Fortnight in 2007 and won the Youth Jury Award, as well as the Audience Award at San Sebastian Film Festival. Caramel was released theatrically in over 60 countries. In 2008, she received the Insignia of Chevalier in the Order of Arts and Letters from the French Ministry of Culture. Nadine’s second feature, Where Do We Go Now?, which she again wrote, directed and starred in, also premiered at Cannes in 2011 in the Un Certain Regard category, and won a Special Mention from the Ecumenical Jury. It went on to win the Cadillac People’s Choice Award at the Toronto International Film Festival, and the Audience Award at San Sebastian Film Festival, before screening at Sundance in 2012. Where Do We Go Now? was nominated for Best Foreign Film by the Los Angeles Film Critics Association Awards and is Lebanon’s highest- grossing Arabic film to date.

Her third film feature, Capernaum, was selected to compete for the Palme d'Or at the 2018 Cannes Film Festival. It went on to win the festival's Jury Prize. Capernaum was also nominated for the Best Foreign Language Film Oscar in 2019, making Nadine Labaki the first female Arab director to be nominated for an Oscar.