Abloh Around the Clock in Doha

An exhibition, a talk and a DJ set : 24 hours with Virgil Abloh in Doha, a Qatar Creates initiative.

One evening this November, at an art gallery and residence that was once the Doha fire station, the Qatar Creates initiative, whose ambition is to create interaction, exchanges and dialogues between artists, architects, fashion designers and digital creators at national and international level, found happiness in just one man.

Fashion, music, scenography, art, architecture, industrial design, graphic design, performance, you name it. Virgil Abloh is an artist of all trades and, as his brand logo puts it: an invisible square from which four arrows mark four directions. Evil tongues would say that it is actually Glasgow airport’s logo, but who cares? Now it belongs to Off-White and Virgil Abloh, who presents himself as a Renaissance Man of modern days, has made it famous by using it as another “figure of speech”.

Born in 1980 in Chicago, to Ghanaian parents, Virgil Abloh lives the childhood of a suburban kid, crazy about skateboarding, hip-hop, and Nike to whom he offers, when barely a teenager, his designs. But Nike will never answer him. Too bad. He is already DJ’ing parties for his college friends. He did well studying architecture and even civil engineering, but the street remains his main source of inspiration and the subculture something that he uses in all his works. 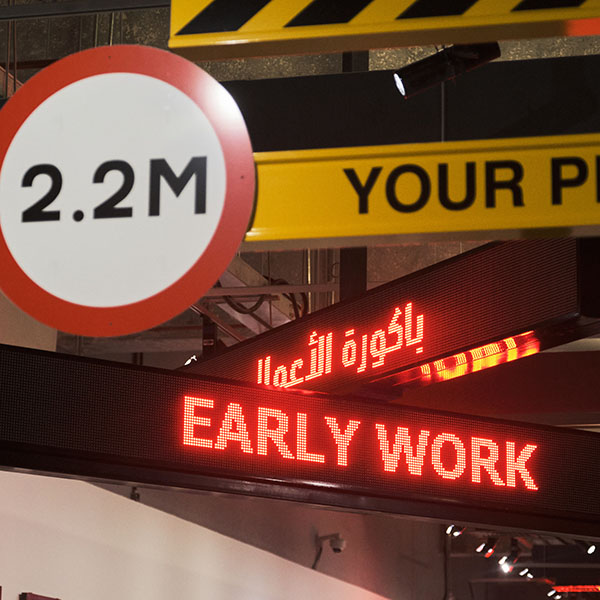 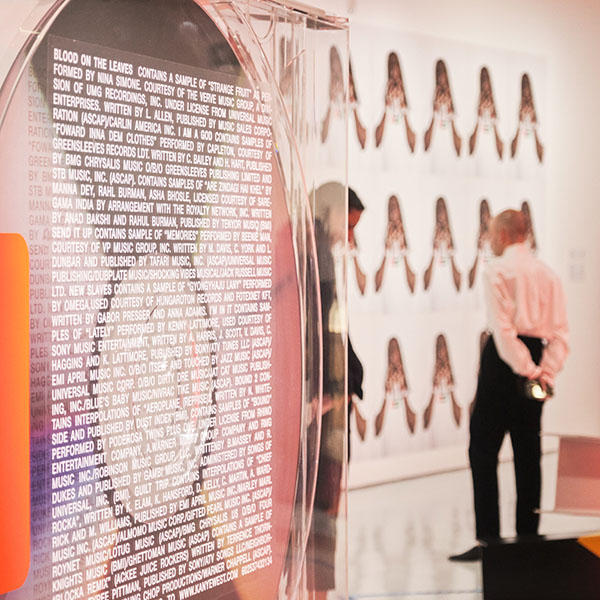 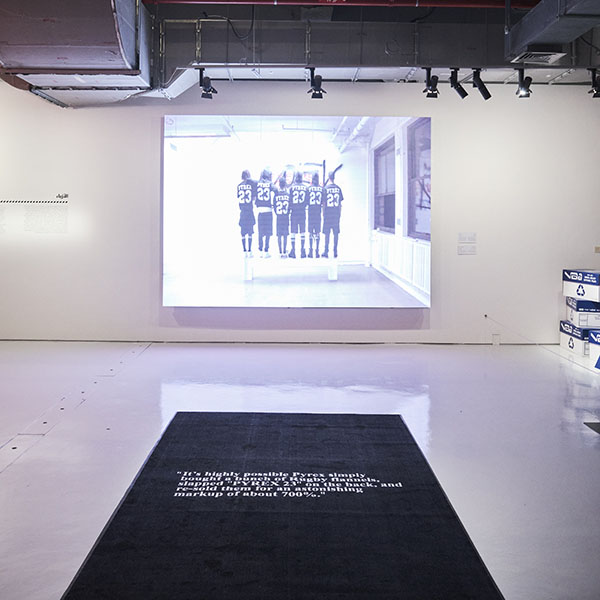 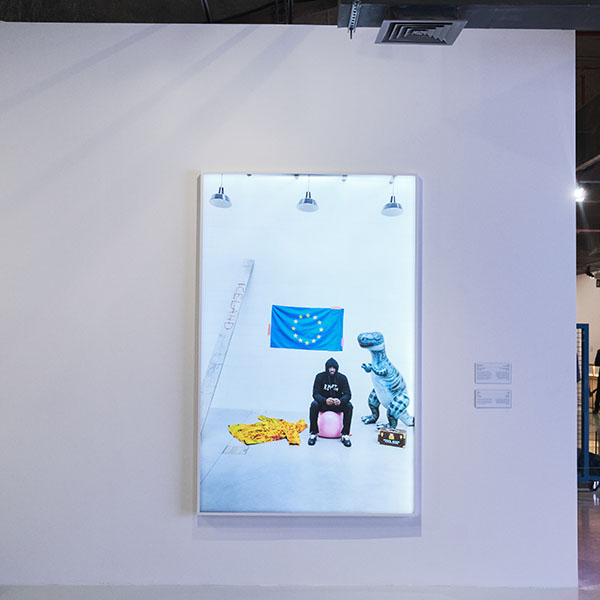 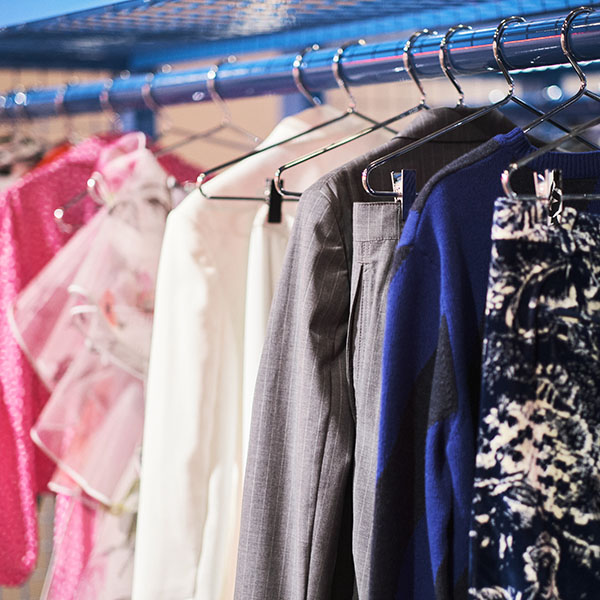 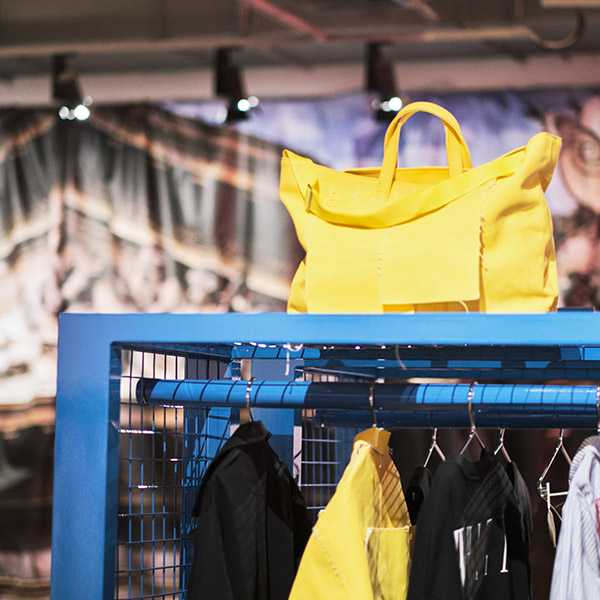 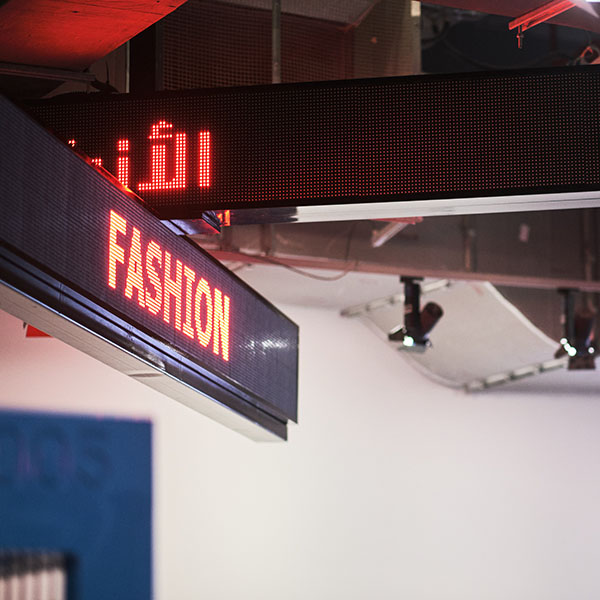 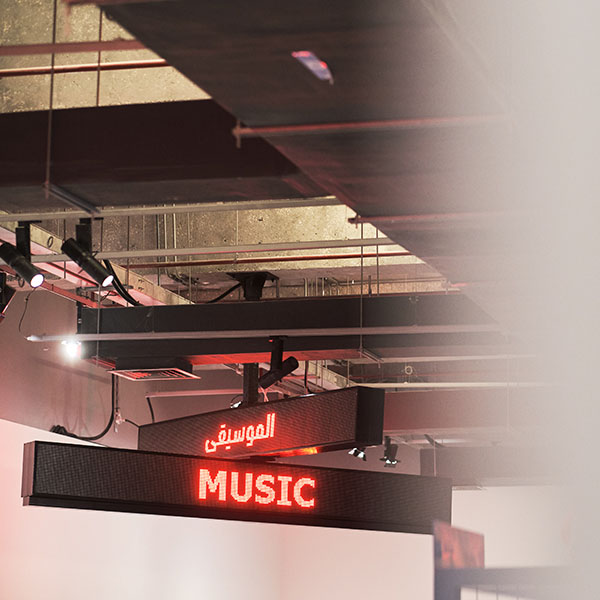 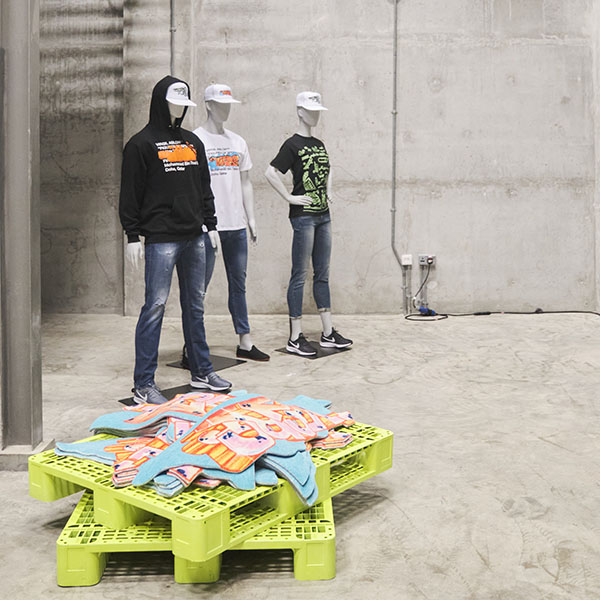 From time to time he designs T shirts for people in his area. His designs were so successful that he was hired on the spot by a T shirt producer. This is when the man who will change his journey and his life passes by. Don C, Kanye West‘s partner, stops, inquires about the creator of these incredibly relevant T-shirts. He meets Virgil and introduces him to Kanye. But the young man wisely takes the time to obtain his Master’s Degree in architecture, and a year later, in 2006, with his degree in hand, he is hired by Kanye West as his personal artistic director.

In 2009, Kanye introduces him to Fendi, where he was admitted for an internship. There he is noticed by Michael Burke, the CEO of Louis Vuitton. As his star rose, he opens a gallery called R.S.V.P. in Chicago, with Don C, where he not only mixes design and fashion, but exhibits his own creations. This was the time when Kanye West in turn developed an initiative named Donda after his late mother, which brought together rap, contemporary art and high-end fashion. Abloh is invited on board and it is there that he discovers exactly what he wants to do: break down the barriers between all artistic disciplines and highlight the heritage of black culture and its powerful influence. He creates his brand, Pyrex, he diverts Ralph Lauren T-shirts. He goes so far as to dare to use the United Nations logo to promote an album. 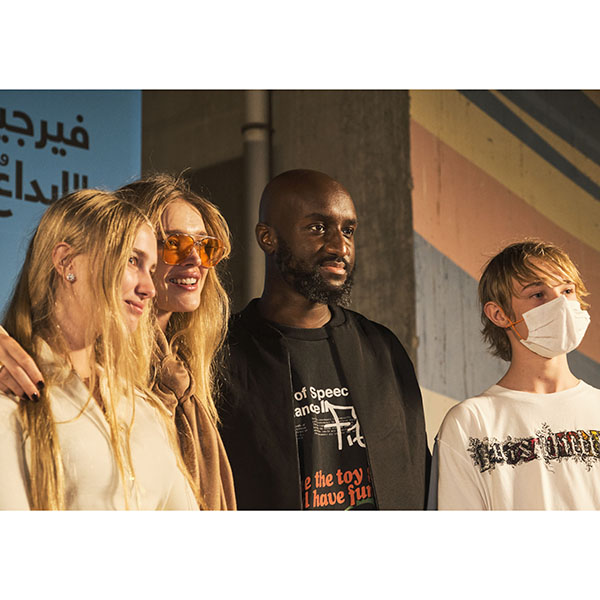 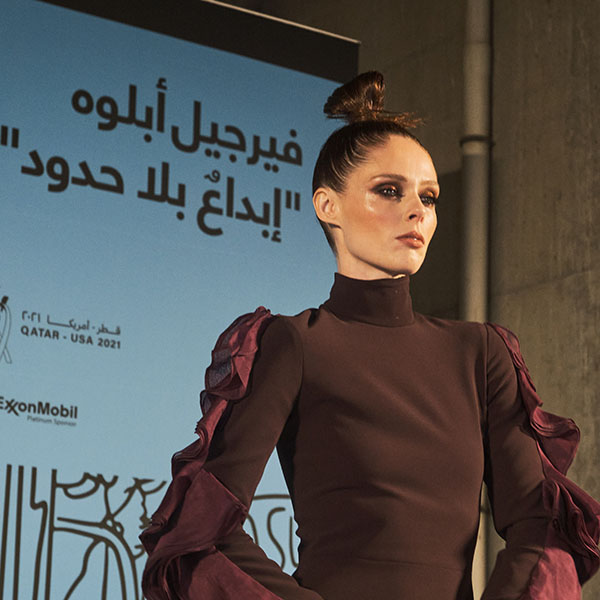 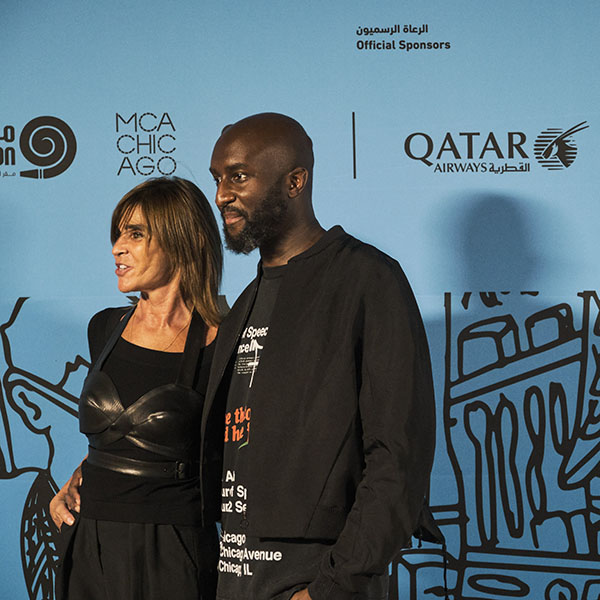 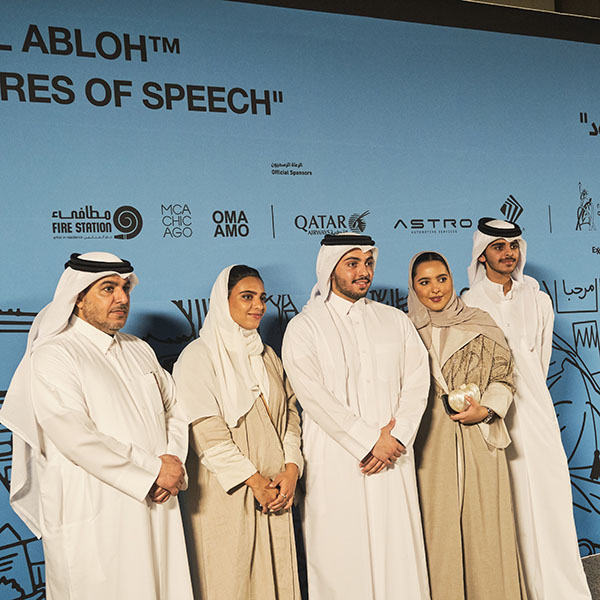 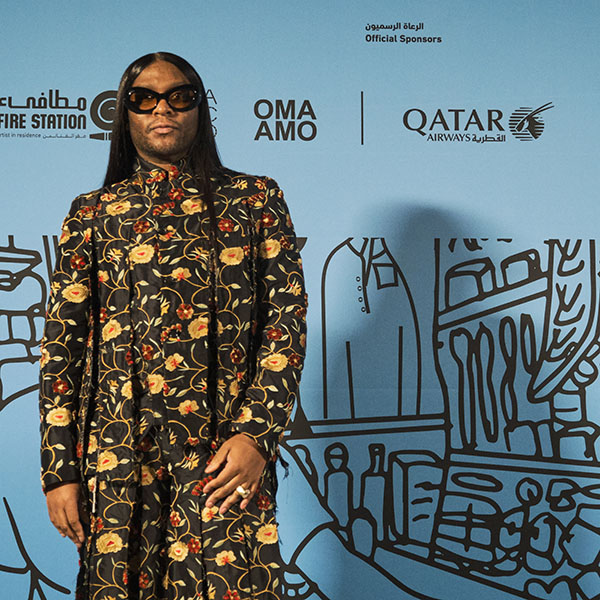 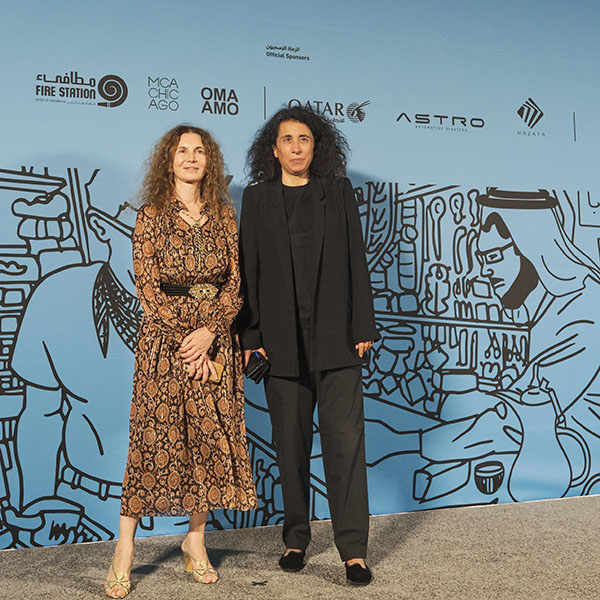 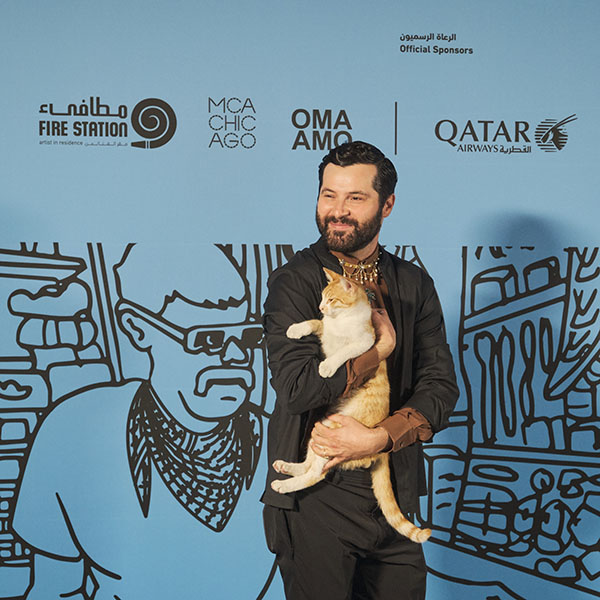 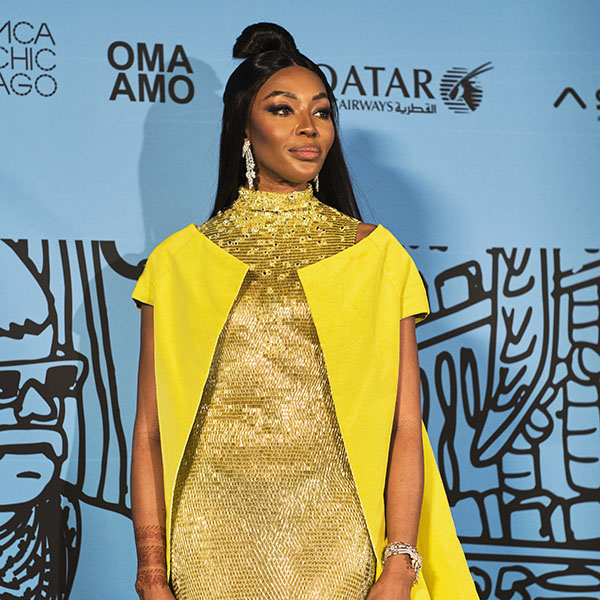 All the art of Abloh

But he was taken over by Pyrex as well as by Ralph Lauren, and of course by the United Nations. He changes to Off-White, a word which designates a not-quite-white white, a certain shade of white which could also be black, or whatever we want, in any case a metaphor, a figure of speech to summarize the interaction between races and cultures. That he was then hired by Louis Vuitton as the artistic director of the men’s collections changes anything. Under the Off-White label, Abloh pushes his creativity in all directions, as per his , and continues to become what he is: a DJ, a hijacker, a player with words and signs, who collects all the clichés that hang around in contemporary language, on social networks, in the vocabulary of the media, and turns them into objects that symbolize our time in collaboration with flagship brands like Nike, his old dream, or IKEA for which he transforms a receipt into a doormat.

At the exhibition devoted to his most emblematic works under the title “Figures of Speech”, we see the dyes that were used to print his first T-shirts; we also see elements of construction sites and urban signage, and, among others, the transparent CD that he made for Kanye West for his compilation Blood, on the leaves we read that it contains various ingredients, including an excerpt from Nina Simone’s take on the mythical Strange Fruit. So, there it is, all the art of Abloh, in this “sampling” straight from hip-hop, with all these ingredients of meaning which, when put together, offer the widest possible picture of the preoccupations of the present time. It is this singular process that will be the subject, on the sidelines of the exhibition, of a conversation between Virgil Abloh, Samir Bantal (director of AMO, a think-tank created by architect Rem Koolhaas) and Rosanne Somerson (woodworker, designer, photographer, former director of Rhode Island School of Design), at the National Museum of Qatar. 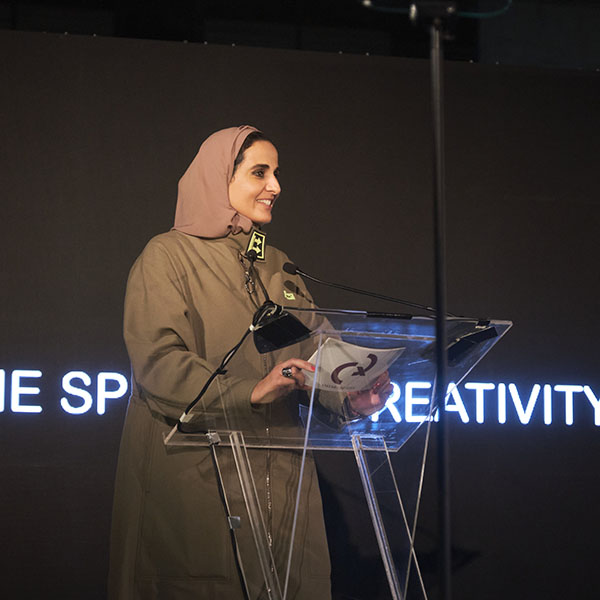 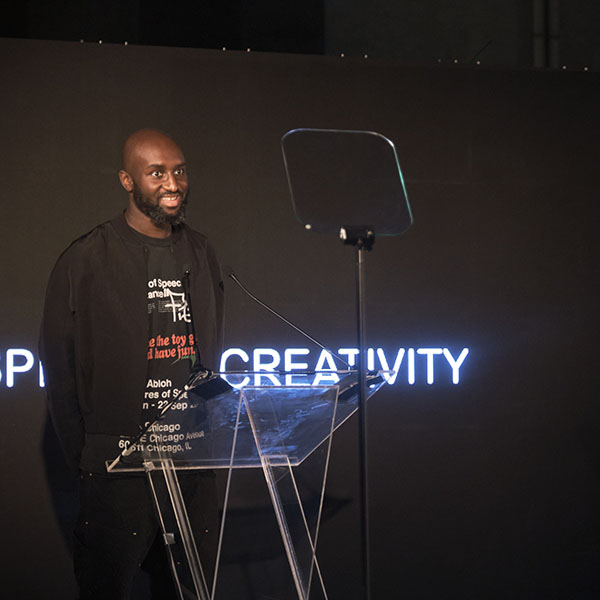 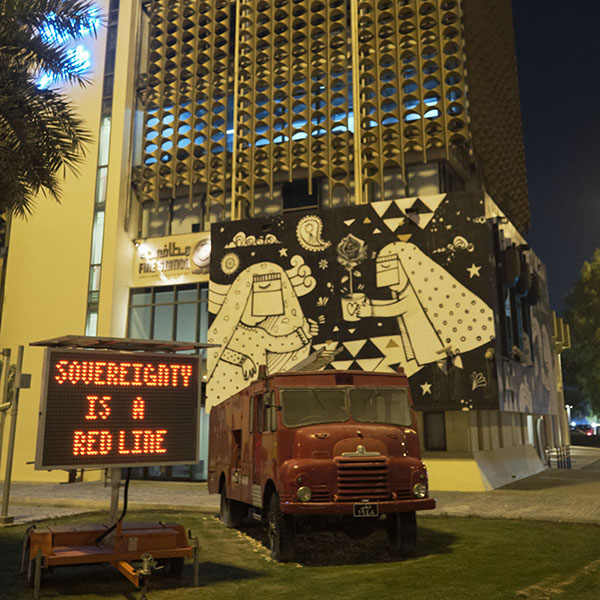 After soaking in the wonders of Virgil’s “Figures of Speech” exhibition, we head back to the hotel to refresh, before we make our way to our final stop for the day: the exhibition’s after party at Nobu.

Fast forward to 10:00pm. Dramatically perched above the Arabian Gulf, in a strategic location behind the Four Seasons Hotel on the corniche, we enter the venue to drinks and canapés galore. In a perfect fusion between East meets West, VIP guests are treated to Chef Nobuyuki Matsuhisa’s signature, new-style Japanese cuisine at the world’s largest Nobu restaurant.

The venue can best be described as a marvel of smooth lines and curves, and quite frankly has one of the best views in the city from its rooftop. As you ascend to the highest deck, following the beat of the music, you suddenly find yourself in a crowded pit as Abloh gets the crowd roaring to his afterparty set.

Influenced by DJs including A-Trak, Venji B and Gilles Peterson — Virgil’s set includes tracks from Rihanna, Drake, and others. Safe to say, the crowd was pleased, glasses were broken and Doha’s skyline lit up for a night now engraved its history. Indeed, it was a night to remember.

About the Author: admin