Mouawad, an Arab heritage brand and the official jeweler for Spencer: the film about one of Britain’s most high profile royals, Princess Diana of Wales is famed across the MENA region.

Film critics have been waiting for the release of “Spencer”, a movie that gives you a ringside seat on the life of Diana, Princess of Wales. The fashion icon would have turned 60 this year. The film takes place over one Christmas weekend in 1991, with Kristen Stewart playing Diana.

With fashion playing such an important part of Diana’s life, it is no surprise that every piece of clothing in the film is bound to come under scrutiny. Much of the jewelry has been sourced, not from British brands, but from Mouawad, a heritage Swiss-Arab jeweler that was founded in 1890 in Beirut, Lebanon. Among the pieces sourced from the jeweler is the famous blue sapphire engagement ring, now worn by Diana’s daughter-in-law, the Duchess of Cambridge. The ring was part of the Mouawad inventory. The original piece featured a 12-carat oval Ceylon sapphire, surrounded by 14 diamonds, with an 18-karat white gold band, and was called the Marguerite ring. While the stone in the Mouawad ring weighs only 7.25-carat, the color and intensity of the stones look identical to the original ring, which came from Garrard, a British jeweler that has had very close connections to the Crown for generations.

Here, we spoke to Mouawad’s Co-Guardian, Alain Mouawad, about how a jewelry house with a strong Middle Eastern heritage came to be the official jeweler of a film all about a British royal icon. 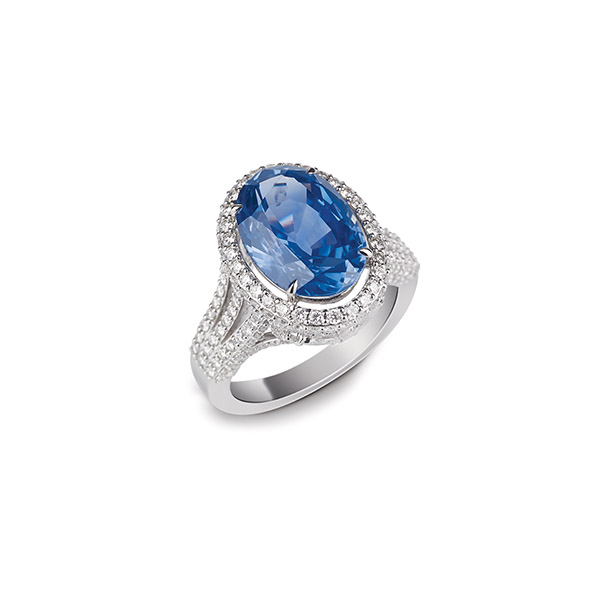 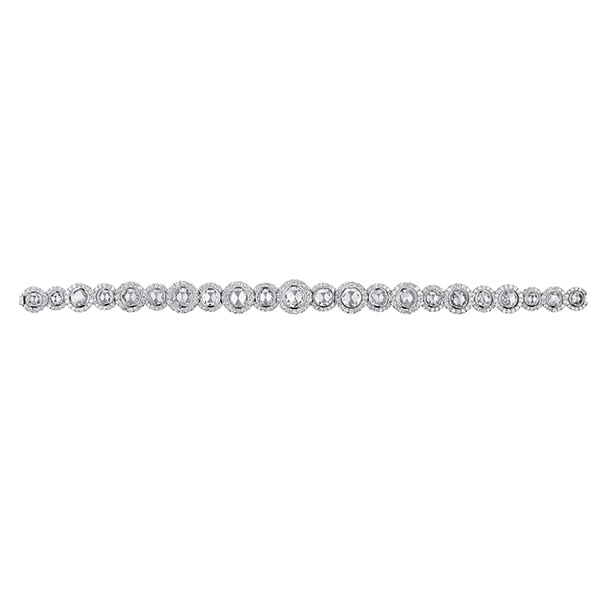 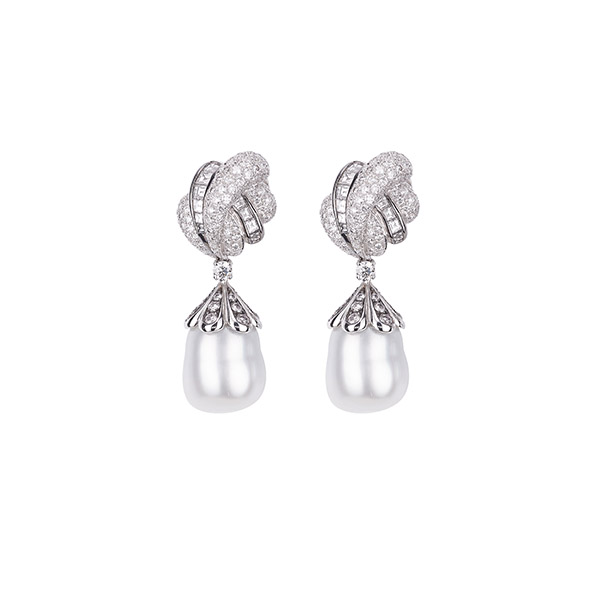 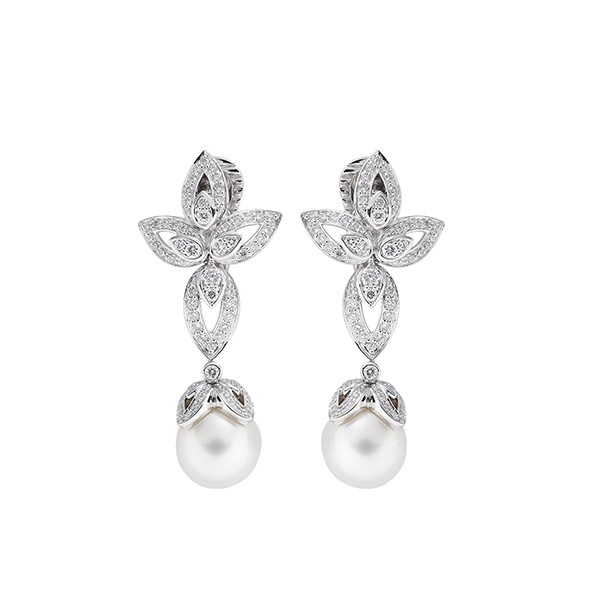 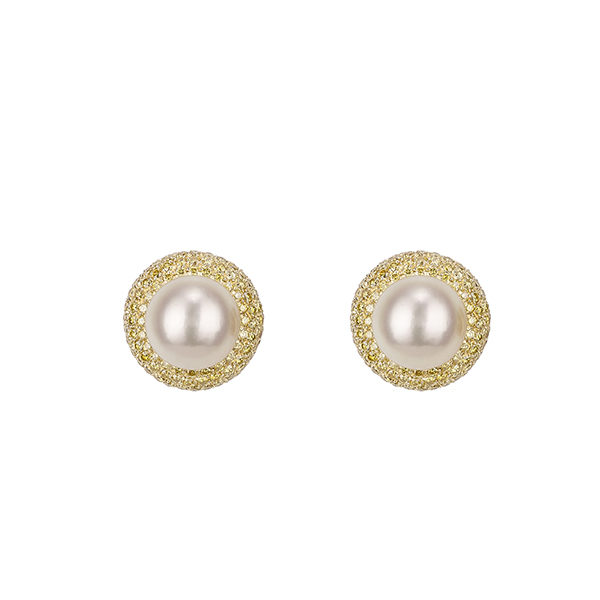 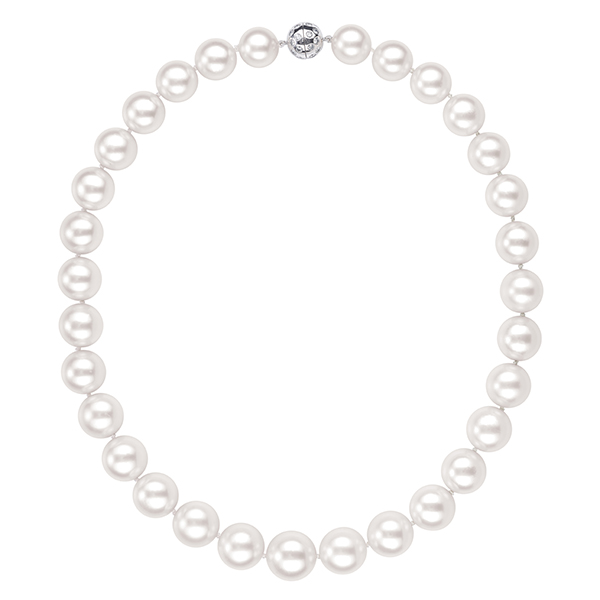 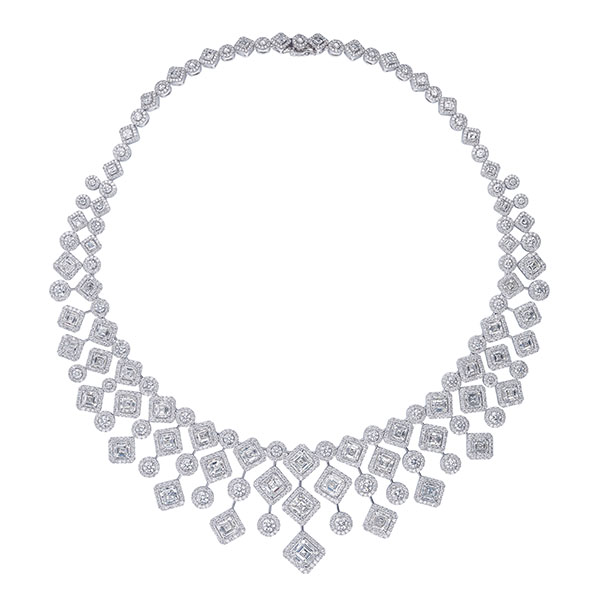 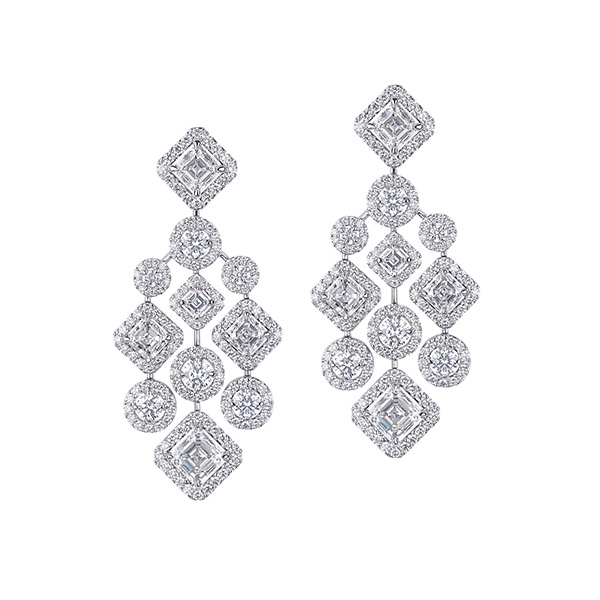 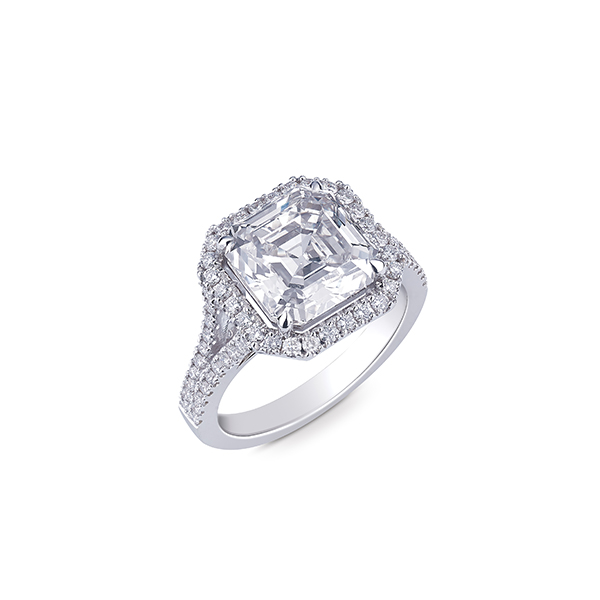 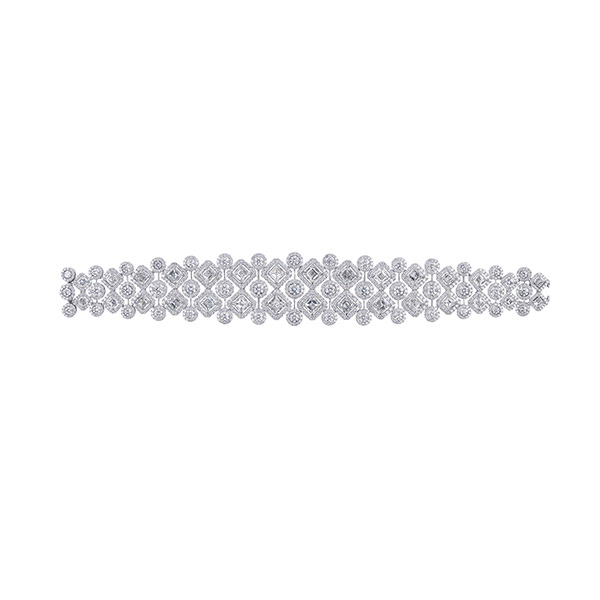 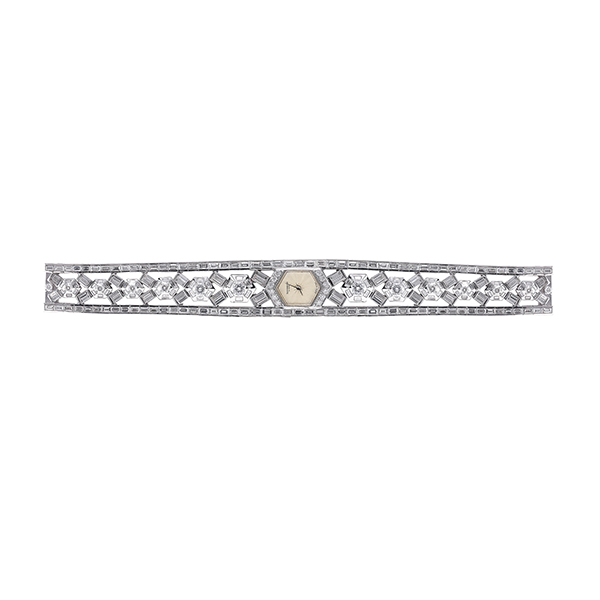 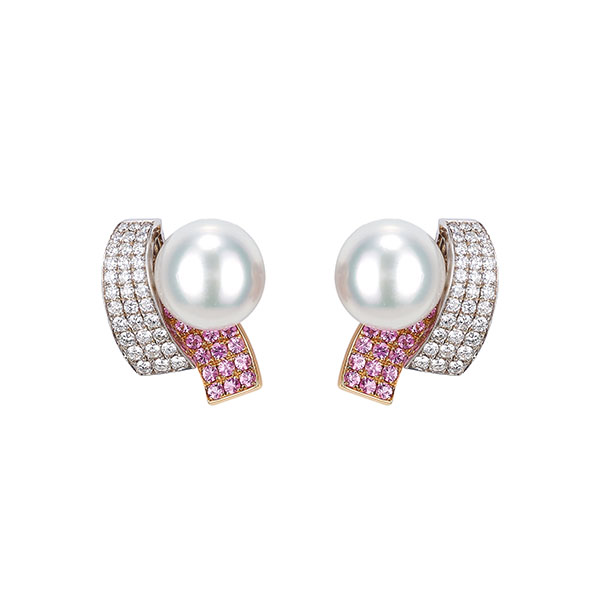 Fashion Trust Arabia: It such a matter of pride for this region, that the jewelry for this film about a British Royal was sourced from a Middle Eastern jeweler – tell us how it happened and how the film company zeroed in on you.

Alain Mouawad: Mouawad was approached by the team behind Spencer to be the exclusive jewelry sponsor. Mouawad was a natural choice based on its 131 years of heritage of craftsmanship in fine jewelry and watchmaking. It is renowned as the jeweler of choice for royalty and celebrities across the world. The Mouawad ring features a central oval-cut sapphire, weighing 7.25 carat. Like Diana’s ring, this is a Ceylon sapphire, sourced from Sri Lanka, whose sapphires are highly regarded for their vivid color.

FTA: Do you feel that Diana’s ring is still an influence on jewelry today?

AM: Absolutely. It is important to remember that Diana’s engagement ring is still worn today by her daughter-in-law, the Duchess of Cambridge. This ring is so memorable and is now associated with two style icons in their own right, making it inevitable that its influence is eternal. 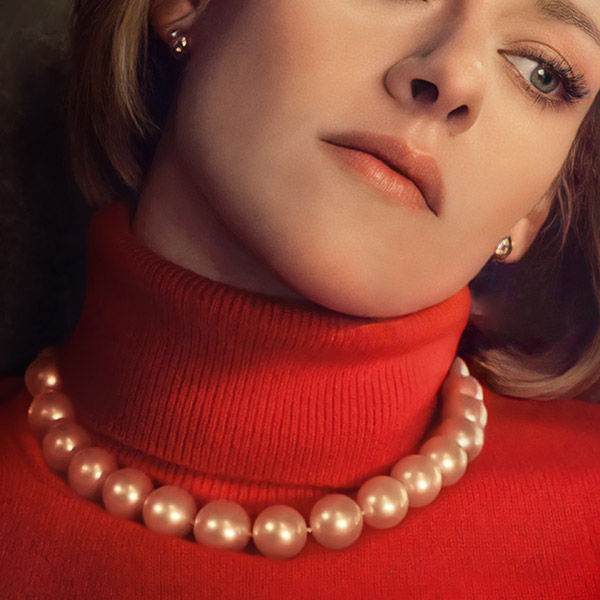 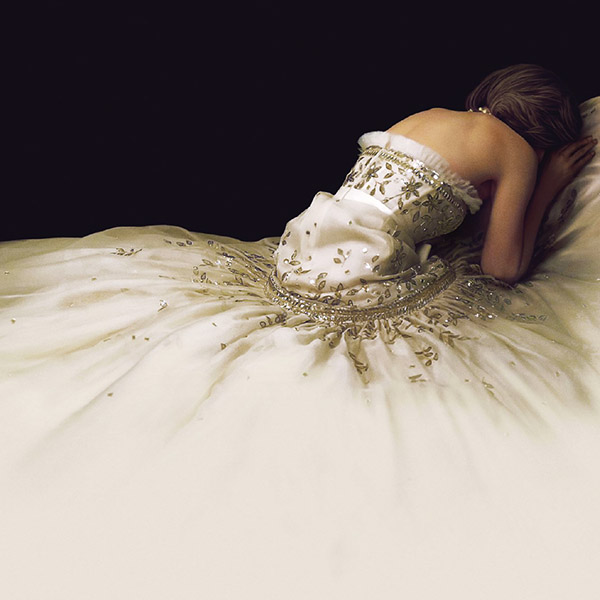 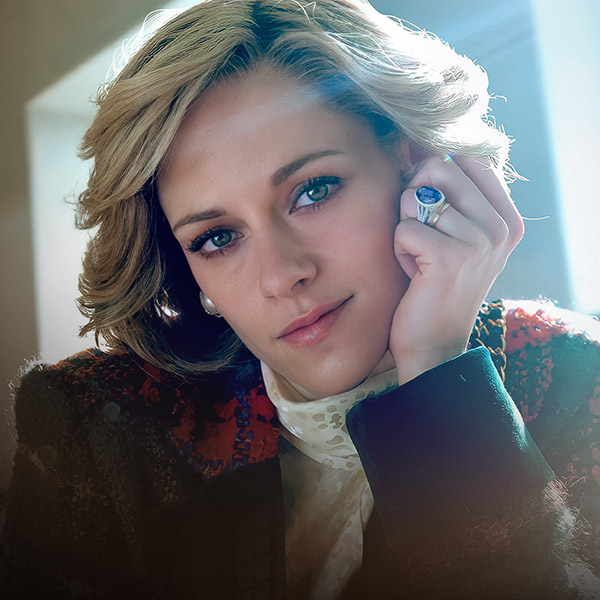 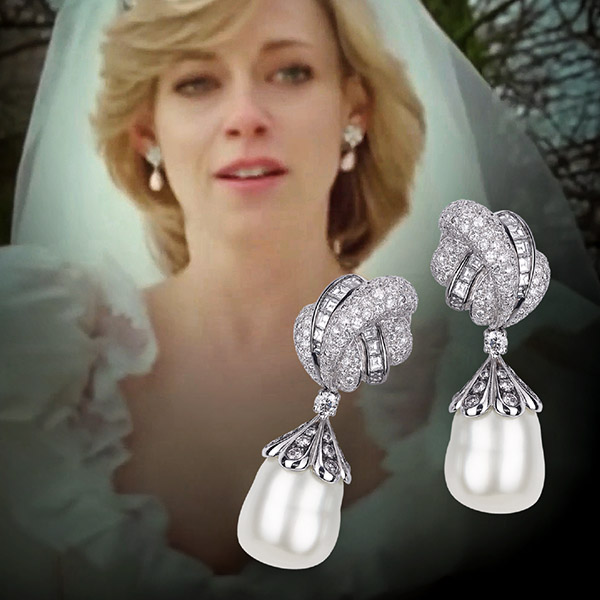 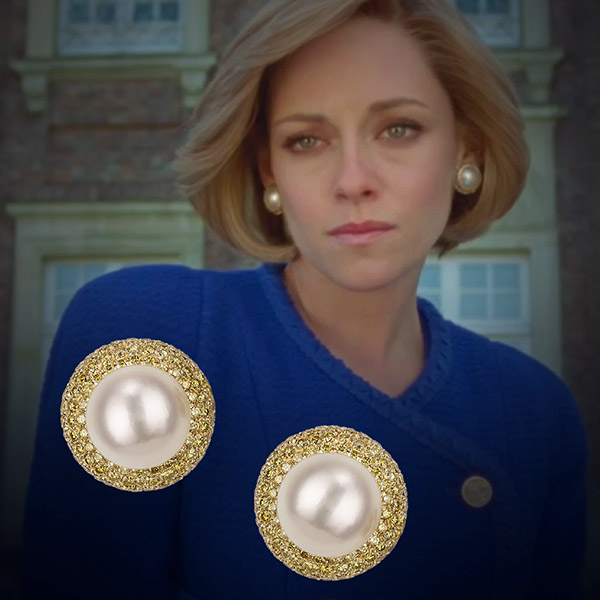 FTA: Do you feel that, after the film, there will once again be a trend towards sapphire rings?

AM: Yes, as there is huge admiration for Princess Diana across the world, as well as the fact that this film is generating a new wave of interest in her as a style icon, with younger generations who weren’t born in her lifetime now discovering her for the first time.

FTA: Kate Middleton has a beautiful ruby set from you; said to be a wedding gift. Can you tell us a little about these pieces?

AM: Catherine, Duchess of Cambridge, stepped out to join members of the British Royal Family to celebrate Commonwealth Day 2020 in London on March 9, 2020. Her stylish red outfit was complemented by her choice of Mouawad diamond and ruby drop earrings. The earrings form part of a unique set that includes a matching necklace, bracelet and ring, which together feature a total of 34.68 carat of diamonds and 35.27 carat of rubies set in 18k white gold. The Duchess of Cambridge has previously been seen in public wearing other items of the set on other occasions.